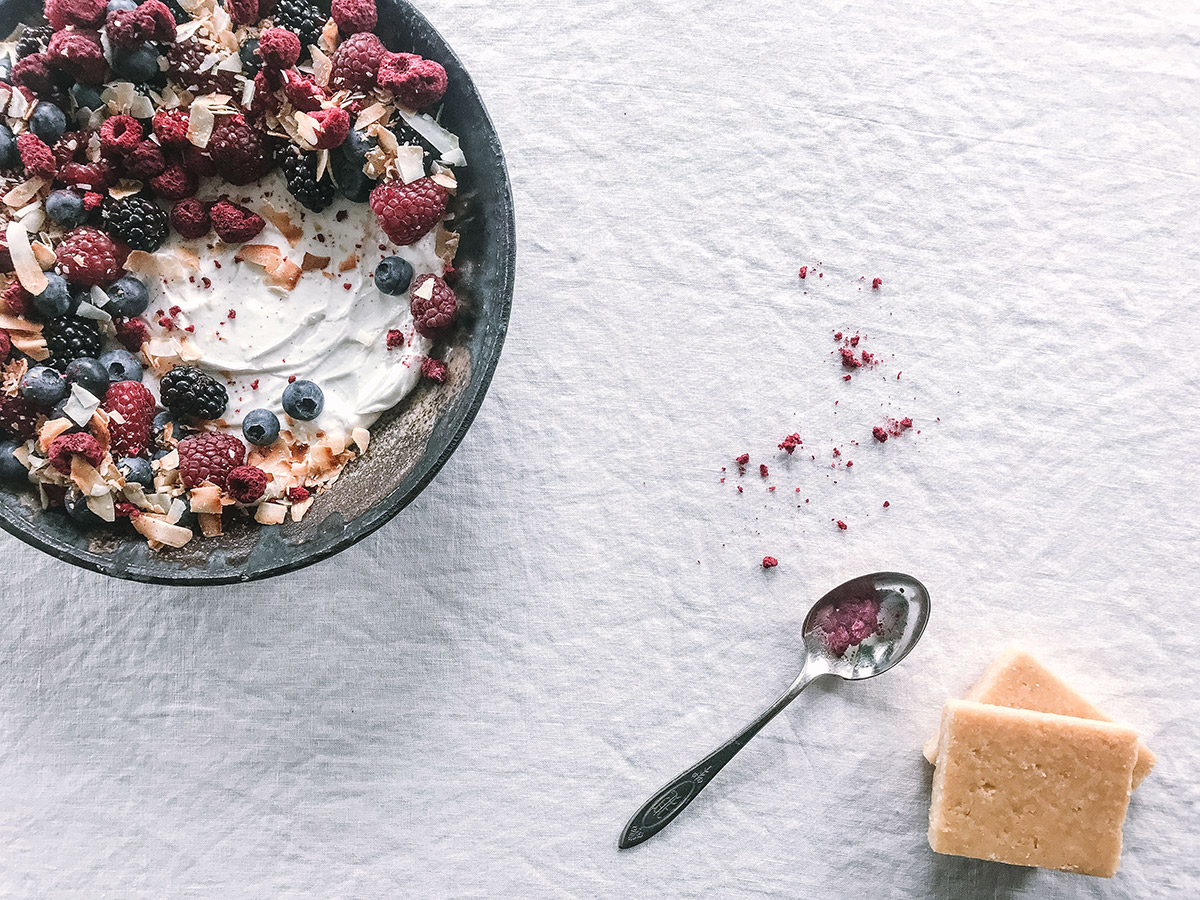 I agonized over writing a 4th of July recipe, not because the recipe itself is complicated (it’s not). But everything around it is.

Lately, I’ve been wrestling with what it means to be an American. When I think of the 4th of July, I think of American flags proudly waving in the wind, barbecues with family, and red, white and blue fireworks: a sense of pride in being American. But right now, I’m not feeling very proud to be American. It’s hard to be when children are being separated from their families at the border; when there are so few consequences for police brutality against people with darker skin; when children and their teachers are being gunned down at schools. And this is only the tip of the iceberg.

Natalie Portman famously took to social media to say, “Like many Israelis and Jews around the world, I can be critical of the leadership in Israel without wanting to boycott the entire nation.” Whether you are American, Israeli, Jewish or some combination of these, you know there are varying shades of gray.

The other day, I was listening to one of my favorite podcasts interview Michael Twitty, who is a Jewish, gay, black Southern chef, author and historian. He said, “America is the only place on earth where I’m possible.” While I can’t get behind all of the horrible things happening in our country, I would also literally not exist if my Japanese Mom and Japanese-American Dad hadn’t met here. It is one of the few places on earth where being a proud Japanese-American Jew is possible. So this year, I’m making a star-spangled labneh on the 4th of July as planned — in gratitude to this country for making my existence possible, for the beauty of being able to freely protest and to be reminded that we are all created equal, as is deeply woven into our American constitution. 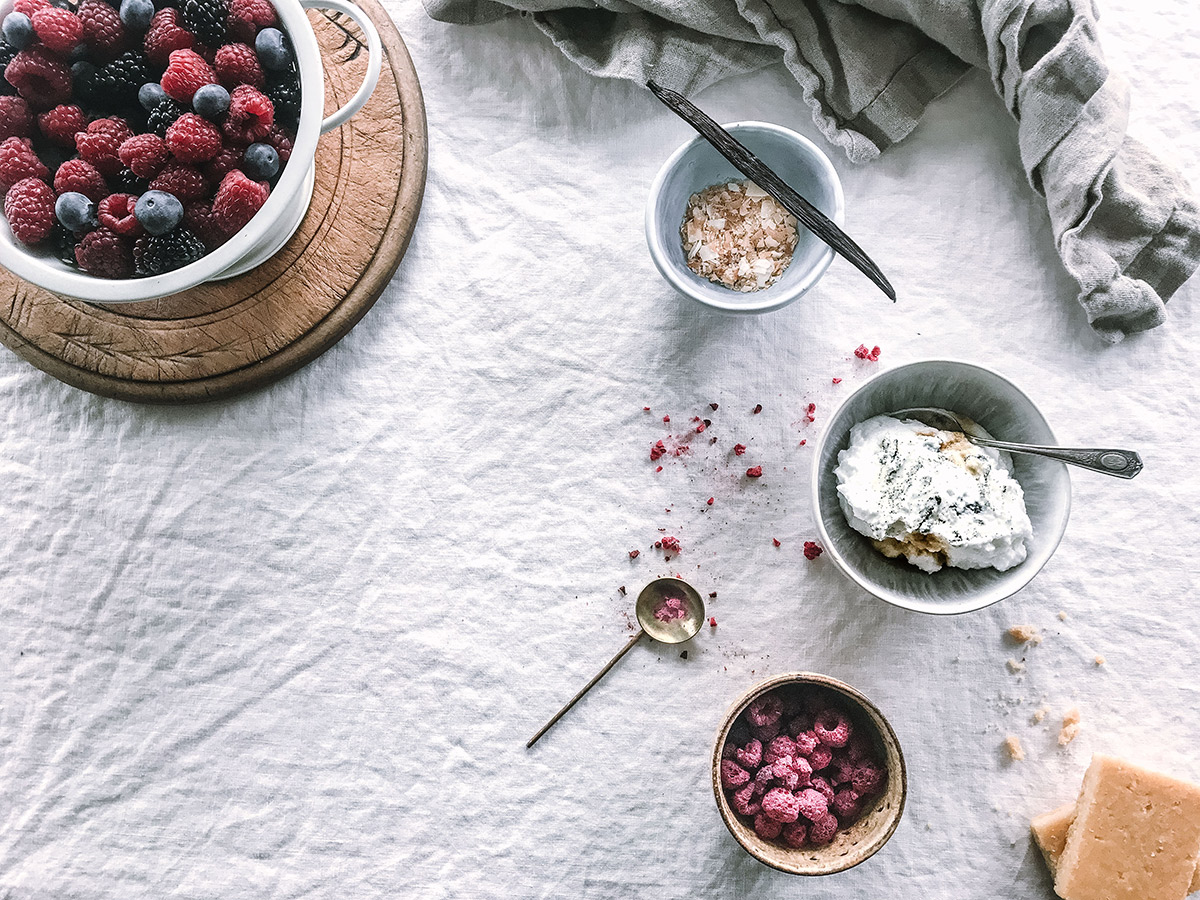 Last year, when my husband Bryan and I visited Israel for the first time, I was naturally very excited about the food. I had heard about how amazing the hummus is there (it is), but what I was really blown away by was the labneh – a tangy Middle Eastern strained yogurt that’s both impossibly smooth and luxuriously creamy. It’s like a way better version of cream cheese! While it’s usually served as a savory side dish, I thought it would make an excellent base for a light summer dessert.

Total prep time: 12 1/2 hours
(This recipe needs to sit in the fridge overnight) 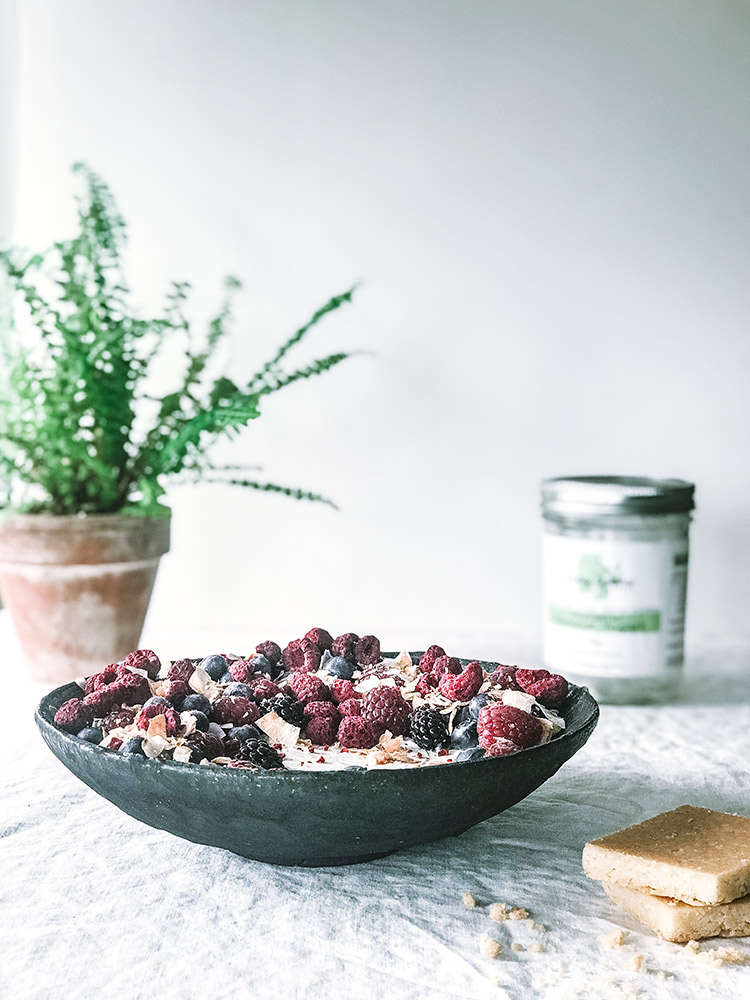 4. Scoop the labneh into a serving bowl and swirl the top with a spatula or a spoon to create a smooth surface.

5. Garnish with toppings, sprinkling with freeze-dried raspberries and coconut chips last for a bit of unexpected crunch. 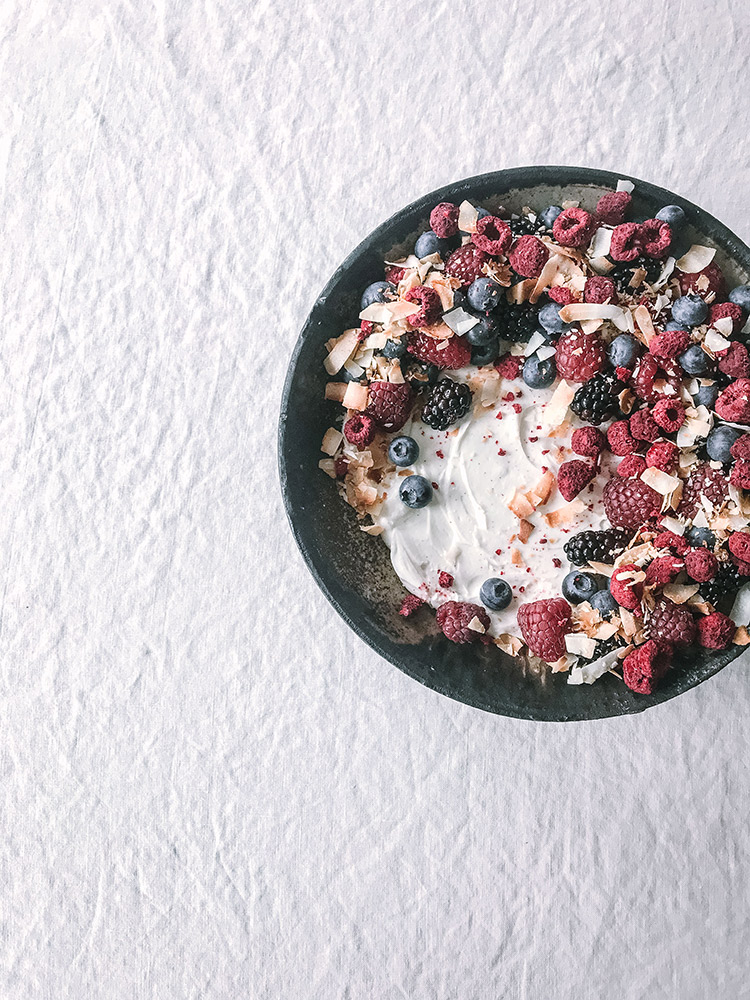 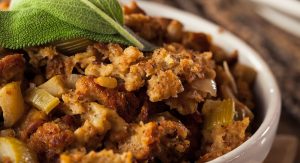