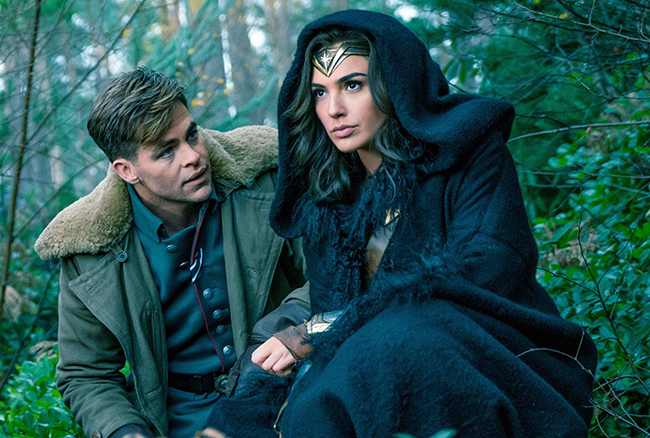 Chris Pine, known for his role as Captain Kirk in the Star Trek film series, stars opposite Gal Gadot in Wonder Woman this summer. Pine has Jewish roots on his mother’s side: His maternal grandfather Max Gilford (née Goldfarb) is from a Russian-Jewish family. “I definitely have a spiritual outlook,” he has said. “I am not a religious guy. I am probably agnostic.” Gadot, who was born in Israel, is Jewish.

Pine relished playing his latest role as Steve Trevor, an American secret agent spying for the British in World War I, who literally crash lands into Wonder Woman’s all-female world. “He’s a classic kind of early 20th-century depiction of masculinity,” he says. “He’s rough and roguish. He’s got a sense of humor about himself, and is realistic without being righteous, romantic without being saccharine. He’s a great maverick.” He praises his co-star for making his job “very easy. I got to come to work, fall in love with her, flirt, make her laugh as much as I could and act like a jackass.” The movie opens June 2.

This November, Pine stars in the screen adaptation of the children’s fantasy adventure novel A Wrinkle in Time, alongside Reese Witherspoon, Oprah Winfrey, Mindy Kaling, Gugu Mbatha-Raw and Zach Galifianakis. 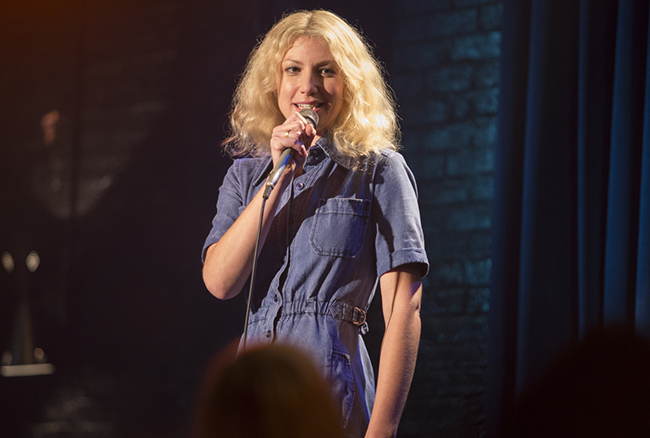 “I found it exciting to play a Jewish woman who just happens to be Jewish. It’s just one of the facets of who she is,” says Graynor, who considers the series, debuting June 4, “the thing I’m most proud to be part of, of everything I’ve ever done. It’s so smart and funny and honest and heartbreaking.” She also loves the ’70s wardrobe and the fact that she has been able to “embrace my curls” for the role. “It was really freeing and felt right,” she says.

Graynor, the daughter of a Lithuanian-Jewish mother and a Catholic father who converted to Judaism, feels “very connected to the traditions of Judaism, yet I’m not religious.” She became a bat mitzvah and celebrated Rosh Hashanah and Passover with her family growing up, but considers herself “culturally Jewish” rather than observant. 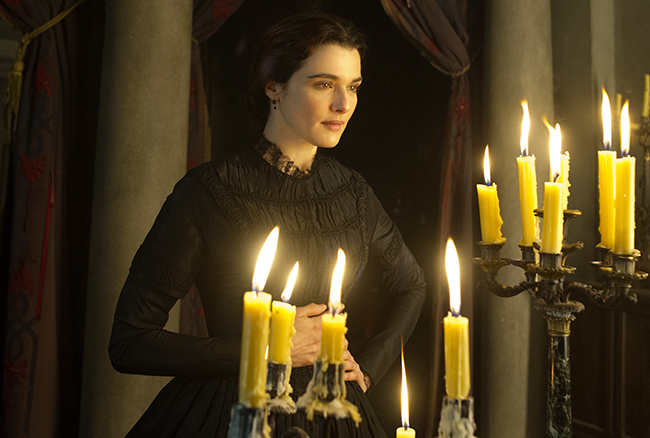 Rachel Weisz, whose parents’ families fled to England to escape the Nazis, is Hungarian-Jewish on her father’s side and Austrian-Jewish and Italian on her mother’s. Her mom formally converted to Judaism when she married Weisz’s father. Weisz married her Dream House co-star Daniel Craig, of James Bond fame (who is not Jewish), in 2011. She stars opposite Sam Claflin in My Cousin Rachel, opening June 9.

Weisz plays an alluring, manipulative woman in the film based on Daphne DuMaurier’s 1951 novel and set in the U.K. in 1839. Weisz, who starred last year as a professor whose trial proved the Holocaust did indeed happen in Denial, takes on another Jewish theme in the upcoming Disobedience. She plays a woman who left London’s Orthodox Jewish community and upon whose return threatens the marriage of a rabbi (Alessandro Nivola) and his wife (Rachel McAdams). 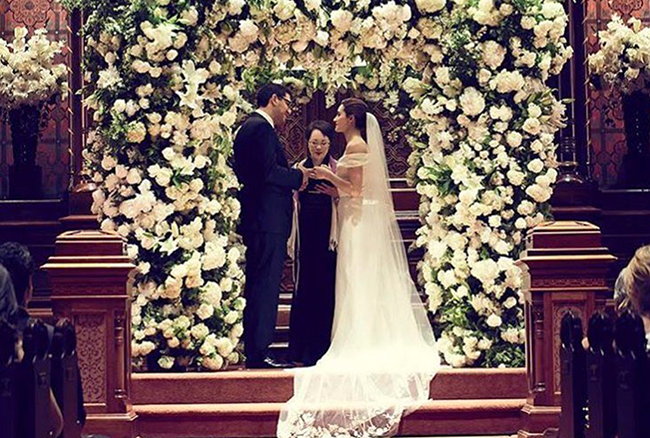 Shameless star Emmy Rossum, who is Jewish, married Arab-American writer-director and Mr. Robot creator Sam Esmail in a Jewish ceremony at New York’s Central Synagogue on May 28. Reform Rabbi Angela Buchdahl, who was born in Korea, officiated. Engaged since August 2015, they started dating two years before, when she starred in his film Comet. Rossum is the product of an interfaith marriage as well: Her father was Catholic, but her parents split up and her mother raised her alone. Designer Carolina Herrera custom made her gown. 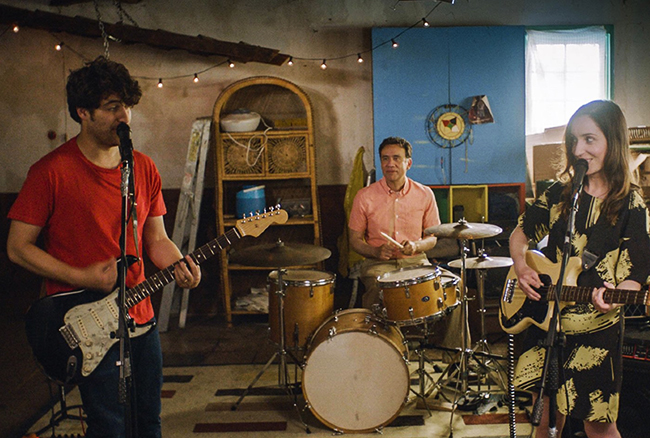 Zoe Lister-Jones (Life in Pieces), who was raised in her mother’s Jewish faith, makes her directorial debut with the comedy Band Aid, which she also wrote and produced. In the movie, in limited release June 2 and available on disc and streaming June 9, a couple (Lister-Jones and Adam Pally) try to save their troubled marriage by starting a rock band and turning their arguments into songs. Fred Armisen, Hannah Simone, Colin Hanks, Brooklyn Decker, Jesse Williams, and Susie Essman co-star.

It’s All About the Babies 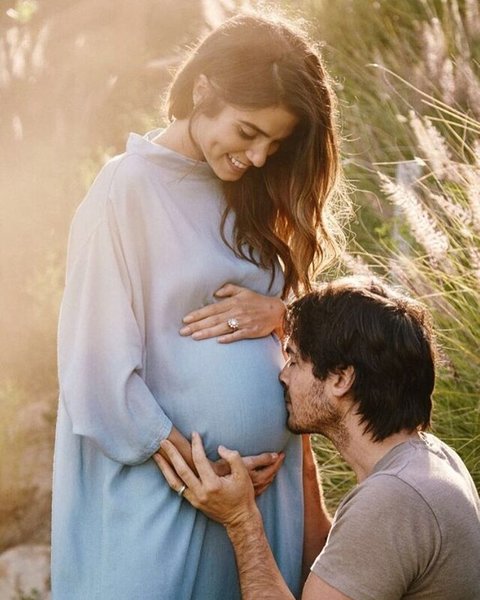 Set backstage at the premiere of a Broadway musical, the comedy Opening Night stars Topher Grace as the production manager who’s trying in vain to rein in the backstage crises and shenanigans. Israeli actress Alona Tal (Hand of God)plays the leading lady. Tal, married to actor Marcos Ferraez, an American of Mexican and Spanish heritage, gave birth to a daughter, Charlie, on March 7.

In other baby news, New Girl’s Zooey Deschanel and her husband Jacob Pechenik have a new son, Charlie Wolf. The interfaith couple (he’s Jewish, she’s not) also has a daughter, Elsie, 1. Jewish actor Joseph Gordon-Levitt (Snowden, The Walk), who is Jewish, and his wife Tasha McCauley, who is not, are expecting their second child. Nikki Reed (Sleepy Hollow,The Twilight Saga) and Ian Somerhalder (The Vampire Diaries) are expecting their first child. Reed, whose mother is Cherokee and Italian and father is Jewish, isn’t religious but identifies more with her Jewish side. She and Somerhalder, who is not Jewish, married in April 2015. It’ll be a boy for Scandal’s Katie Lowes (Catholic father, Jewish mother) and her Jewish husband Adam Shapiro, but the sex of her character Quinn’s baby remains a mystery. Quinn revealed her pregnancy in Scandal’s season finale.