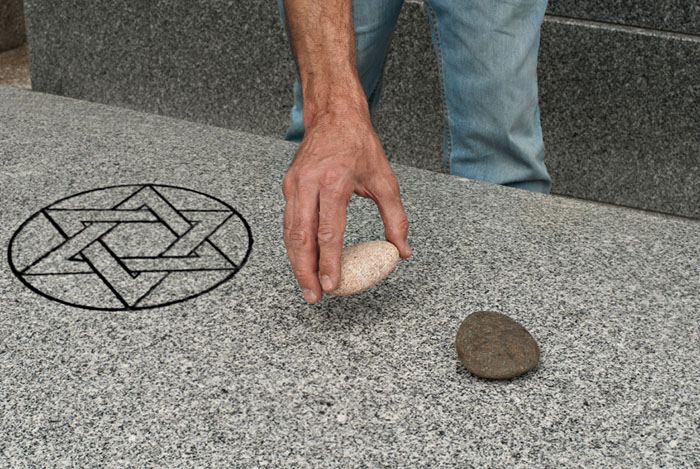 Sometimes it’s nice to have others make minor decisions for me. I’m happy when my wife decides what we’re cooking for dinner. It’s more convenient when a friend suggests a specific date to get together. If I look in my closet and see only one pair of pants (the others being in the laundry), no problem, it makes deciding what to wear very easy.

Sometimes though it can be difficult to avoid others trying to make decisions for me. From political commentators telling me who “won” a debate, to companies telling me what product will make me happy, to programmers at Netflix creating algorithms that tell me what movies to watch, I’m bombarded with recommendations from people I’ve never met.

For important lifecycle events—baby naming ceremonies, bat and bar mitzvahs, weddings and funerals—affiliated and unaffiliated Jews alike tend to rely heavily on others, most often experienced and knowledgeable rabbis. For unaffiliated Jews and interfaith couples who do not belong to a synagogue, however, rabbis are often strangers whom we don’t know and who don’t know us.

Stepping away from the cast of strangers

The day my grandfather died, my mother said aloud what we were all thinking, “Arrangements need to be made.” I immediately pictured the typical funeral service with a rabbi we didn’t know talking to us about a man he didn’t know. Something inside me cried out, “No more strangers!”

Since my grandfather suffered from dementia, the nurses, doctors and staff at the assisted living facility were always strangers. As my grandfather’s dementia progressed, the cast of strangers in his life expanded to include even us, his own family. I was extremely grateful for the care he received, and yet I wondered, “Why must we rely on someone we don’t know to care for Papa even after he’s dead? Do we really need a stranger to show us how to say goodbye to the man we loved so much?”

Rabbis, like all individuals, can be wonderful people, but I was hesitant to have a rabbi who did not know my grandfather lead us through such an emotional experience. Although a rabbi would help ensure that Jewish rituals were met with accuracy, this had never been a priority for my grandfather. He loved to poke holes in theology and remind us not to take ourselves too seriously. I wanted a service that was as loving and authentic as my grandfather; an experience that was both Jewish and completely tailored for the man I admired.

I asked my mother and aunt—my grandfather’s daughters—if I could lead the funeral service. Initially, they said they’d think about it. In our next conversation I learned that their hesitation stemmed only out of concern for me. “Would you be OK?” they asked. “Would it be too difficult, since you and Papa were so close?” Truth is, I was scared to get what I asked for. Even thinking about attending a funeral makes me nervous.

Interfaith marriage as a confidence-booster

The determination to create and lead my grandfather’s funeral service grew in large part from my experiences in an interfaith marriage—I was raised a Reform Jew and my wife was raised Christian, though she has since developed an aversion to all organized religion. To build rituals and Jewish holiday celebrations that are meaningful for both of us (and our friends who are Jewish and of other faiths), we experiment with ideas from within and outside Judaism. Together, we’ve learned that we can try anything—if a ritual works we can do it again; if it doesn’t we can try something new.

Developing a practice of spiritual self-reliance and interfaith experimentation gave me the strength to take responsibility for my grandfather’s funeral, to help lead rather than be led and to do so without the pressure of trying to be exactly perfect. 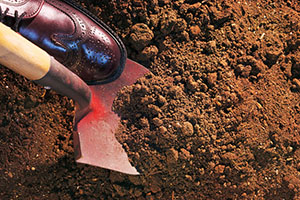 Getting my hands dirty in self-reliance

The Jewish ritual at the end of a burial service is to place dirt atop the casket. This voluntary ritual gives loved ones an opportunity to participate in the burial process. Creating and officiating my grandfather’s funeral service felt like an extension of this dirt ritual, a way for me to get my hands dirty, to get involved and to get uncomfortable for the sake of love and gratitude.

Preparing the funeral service also helped me appreciate all of the work done by strangers of all faiths whom we rely on to help us say goodbye, particularly the gravediggers. I prepared the words; they prepared the land. After they carefully lowered the patriarch of my family into the earth, I thanked the cemetery workers for their work. A couple of the men nodded in recognition as they walked away wordlessly to their next task.

“I am officiating this funeral service as a grandson mourning the loss of my grandfather, my Papa,” I said at the start of the service to the group of family and friends gathered in front of me. Minutes later as my wife and I were performing the song “Lechi Lach” on flute and guitar—a duet my Papa always treasured—a gust of wind sent my yarmulke flying. As a family friend chased after the yarmulke and plopped it back on my head, I cherished the intimacy of the imperfect graveside service.