The Real Story of Hanukkah 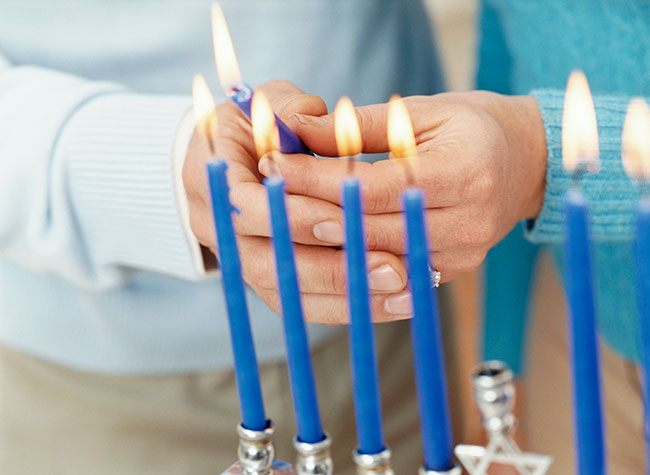 In rabbinical school, I learned what you might call the “real” story of Hanukkah. I also learned about the “real” story of Purim – there is more beyond the Disney version which includes a violent ending to the Book of Esther, which I never knew about as a child. I also learned about other gruesome stories in the Torah like the punishment for those who built the Golden Calf (they had to drink an elixir made from the ground-up golden calf and subsequently died) as well as consequences such as being swallowed alive by the earth for other disobedience.

What I mean when I say that I learned the “real” story of Hanukkah is that I became acquainted with the historical and rabbinic ambivalence toward the holiday. For starters, unlike all other Jewish holidays (with the exception of modern day Israeli holidays instituted after the creation of the state of Israel), the story and holiday of Hanukkah is not in the Hebrew Bible. It’s part of another genre of literature called the Apocrypha. Secondly, the holiday was established by the Maccabees to commemorate a military victory in which their small Jewish army defeated the huge Greek army. This war was forged by the Maccabees against both the Jews who had become too assimilated into Greek culture and against the Greeks themselves who had forbidden the Jews certain practices of Judaism.

The Maccabees were quite zealous in their religious fervor and it makes me wonder if they would have found my family, my community and me too assimilated as well. Though many of our holidays are also a celebration of our survival, the Maccabees’ establishment of the holiday in honor of their military victory was a distinctly Greek practice. The Rabbis of the Talmud were troubled by much of this and they even asked, “Mai Hanukkah” which, loosely translated from the Aramaic, means, “What the heck is Hanukkah?”

In the Talmud, the rabbis go on to tell the story of the destruction of the Temple, the re-dedication of the Temple and the lighting of the menorah with one tiny cruse of oil that was supposed to last only one night, but lasted eight nights. For the rabbis, that was the miracle of Hanukkah. The Talmud does not mention the military victory.

Ever since my rabbinical studies of Hanukkah, I’ve also wondered culturally about how Greek Jews feel about the Hanukkah story. (I also wonder how the Greeks feel about getting a bad rap in this story.) As a former Hillel staff member and Hillel rabbi, I also thought about the Greek Jews on campus, meaning the Jewish students who were members of Jewish fraternities and sororities. How did they feel about the Maccabees’ fight against the Jews who were too Hellenized — the Jews who were too Greek?

Jews of all communities and cultures learn to preserve their heritage but are also influenced by the area of the world in which they live. Jews from just about every Sephardic country have their own foods, recipes, and songs that most of us who grow up Ashkenazi don’t know about. I love learning about different kinds of Jewish cultural practices, which to me, are not about assimilation, but about embracing the creativity and the survival of the Jewish people.

Being the eager student ready to share what I had just learned about the “real” story of Hanukkah in rabbinical school, I told it all to my family at Hanukkah. I thought they would find it all as fascinating as I had. But sadly, they were not intrigued or excited by the ambivalence in our tradition to the different versions of the stories. My grandma was actually upset. “So the story of the Maccabees isn’t real? It’s not what Hanukkah is really about?” she asked.

“Well,” I said, “it’s only one part of the story. It’s not the whole story but it is one part of it.” So she asked me what I thought the real miracle was. I told her that I thought the real miracle was when everyone in our family was lighting Hanukkah candles – even when we weren’t together, even if we were far apart – that at one time of year – we each lit the candles, and saw our own hope, joy and memories reflected in the light of the candles.

Wherever you are; wherever your loved ones are; from whatever culture or background; I hope that your Hanukkah was a chance for you to come together.