Cory Monteith, 31, a star of the hit show, Glee, and the boyfriend of his Glee co-star, (daughter of interfaith parents) actress Lea Michele, 26, was found dead on Saturday, July 13. Autopsy results revealed that he died of an overdose of heroine and alcohol. He had a history of drug abuse. Monteith was not Jewish, and it appears that he was of mostly Scottish ancestry.

On a much happier note: it was announced on July 10 that interfaith singer Adam Lambert, 31, will join the cast of Glee next season. It is currently unclear whether his role will be as a regular cast member or as a guest star in one or more episode. However, most celebrities who have previously agreed to appear on Glee have appeared in an arc of several episodes and it’s most likely that Lambert will appear in such an arc.

Lambert, who identifies as Jewish, and has sung Jewish religious music for a synagogue congregation, is the son of a Jewish mother and a non-Jewish father. He first became famous when he finished second in the 2009 American Idol competition. He has since become a major recording artist, with over six million albums sold worldwide. 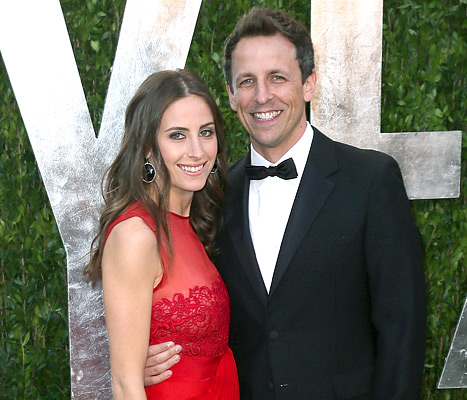 On July 6, Saturday Night Live star Seth Meyers, 39, got engaged to his longtime girlfriend, human rights lawyer Alexi Ashe, 30. Ashe’s mother, Joan, is the daughter of two Jewish Holocaust survivors. Her father, Tom, a Jew-by-Choice, spoke to famous Jewish food chef Joan Nathan in 2010 about how he and his wife cook together on holidays:

“Since I am a convert,” he said, “each holiday brings back memories of when I was in my mid-20s and chose Judaism. They are definitely my holidays too, and I look forward to the foods, the smells, and the traditions. The Jewish palate is more eclectic than what I grew up with as a young Protestant boy in Queens. Jews have the whole world, from Middle Eastern to Asian foods.”

Meyers’ paternal grandfather was Jewish. The rest of his grandparents are/were of non-Jewish Czech and English background. I think it’s likely that Meyers and Ashe will have a Jewish wedding.

Some Baseball Notes: Davis and Satin

It’s very rare that two Jewish major league players vie for the same position. But, as I write this, that’s the New York Mets situation: 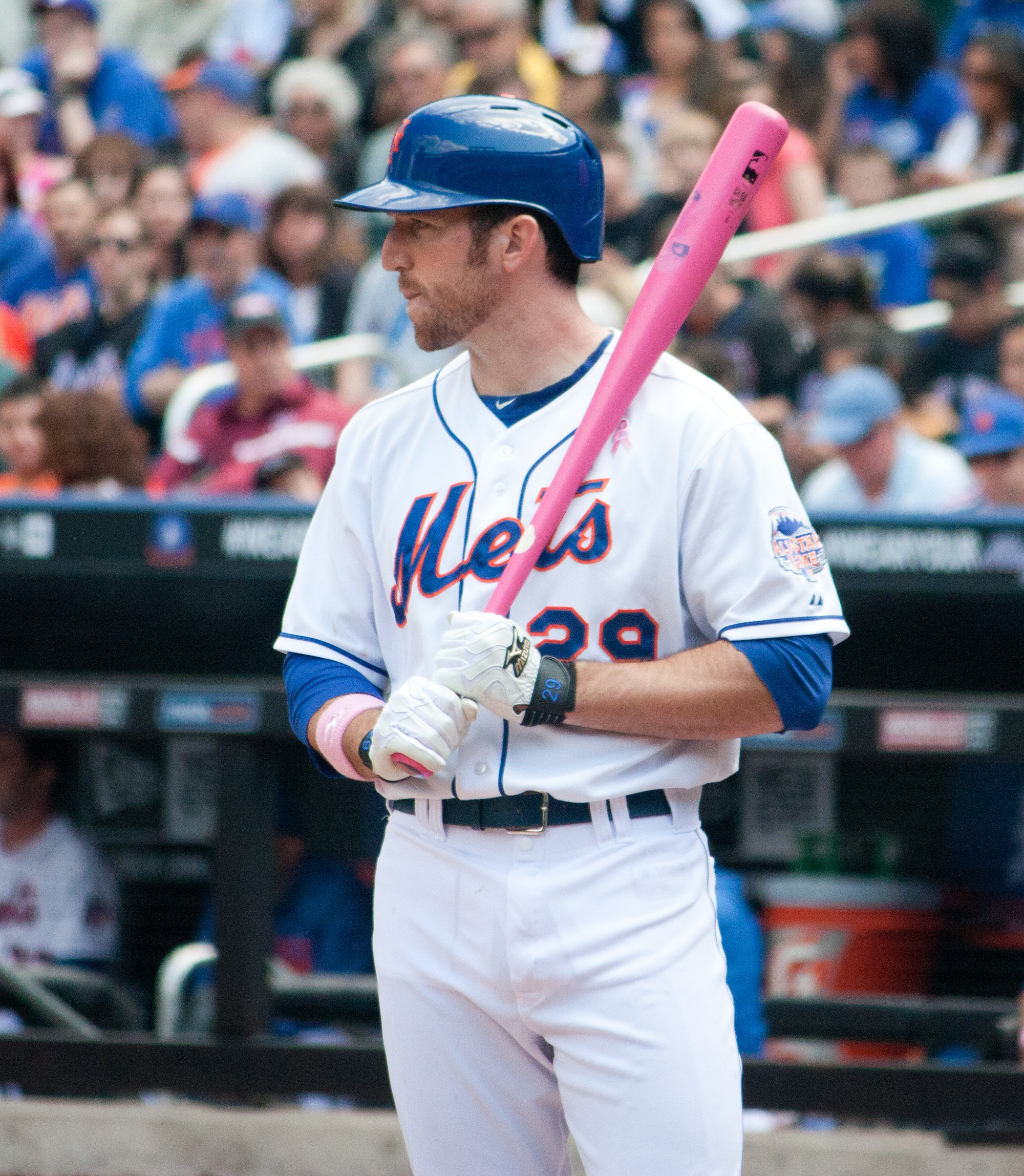 Ike Davis, 26, a good defensive player, was brought up in 2010 and, while his batting average has never been high, he made up for that with power hitting (32 homers in 2012). However, very anemic hitting got him sent down to the minors on June 9th to “find his swing.”

Davis, who identifies as Jewish, is the son of a non-Jewish father and a Jewish mother.

He was replaced at first base by Josh Satin, 28. Satin, who is Jewish, is pretty close friends with Davis, and he told the press that when he got the call to come up for the minors to replace Davis, he was happy for himself — but disappointed for Davis.

Satin didn’t shine in two previous short stints with the Mets (2011-2012). During the last three weeks of June, however, he finally got a lot of major league playing time, and he responded with an incredible hitting tear that moved the Mets manager to say that Satin “has to be included in our future plans.”

Davis hit well in the minors and was recalled to the Mets on July 5. He and Satin have been sharing duties at first base since his recall. As I write this, it looks like Satin, who has continued to hit well, has the inside track to be the Mets’ permanent first baseman. Davis, who has not hit well since returning on July 5, is now the subject of daily media speculation about whether he will be traded.

Elsewhere: the Oakland A’s rookie (Jewish) first baseman, Nate Freiman, 26, was named American League rookie-of-the-month, for the month of May, 2013 (.351 BA; 9 RBIs, in 14 games). Freiman is married to professional golfer Amanda Bluemenherst, 26. She is not Jewish.