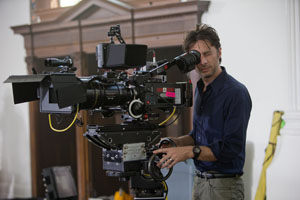 His directorial follow-up to Garden State, Zack Braff’s Wish I Was Here is already famous for raising $3 million of his $5 million budget via the crowdfunding site Kickstarter. It’s also notable for its Jewish themes and cast. The movie, which hits New York and Los Angeles theaters July 18 and expands to others thereafter, stars Braff as a struggling actor and father who home schools his kids when his dying father can no longer pay for their Yeshiva education and the school rabbi won’t give him a break. Like Braff, Mandy Patinkin and Josh Gad, who play his dad and brother respectively, are Jewish (Gad is in an interfaith marriage), and Kate Hudson, who plays his wife, is the daughter of Jewish actress Goldie Hawn and Bill Hudson (not Jewish). Braff’s on-screen daughter is the very hot young actress Joey King (White House Down, Oz the Great and Powerful, Fargo), also brought up in an interfaith family, identifying as “part Jewish and part Christian, but I’m mostly Jewish.” 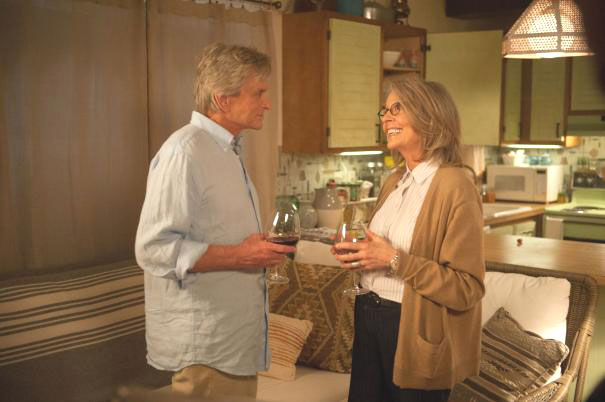 The product of an interfaith marriage and in one himself, Michael Douglas stars opposite Diane Keaton in the romantic comedy And So It Goes, playing an obnoxious real estate agent who begins to change when he meets a granddaughter he never knew existed and gets to know his neighbor (Keaton) in Jewish director Rob Reiner’s latest flick. Fresh off his Emmy win for the HBO Liberace bio Behind the Candelabra, the son of Jewish actor Kirk Douglas recently went through a marital rough patch with his wife, Welsh actress Catherine Zeta-Jones, but they reconciled last fall. Their son Dylan celebrated his bar mitzvah last year, and the family went to Jerusalem to commemorate it. And So It Goes opens July 18. 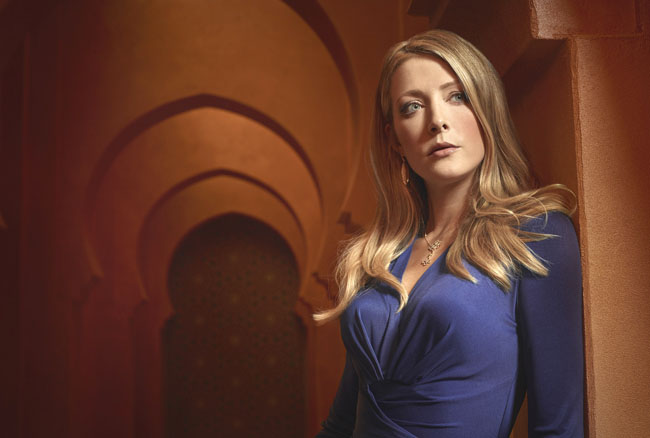 In the FX drama Tyrant, which films in Israel, Jennifer Finnigan plays the American wife of a doctor who happens to be the son of the dictator of a fictional Arab country, where the family is lured for a family wedding and forced by circumstances to stay. Married to a Muslim on screen, the Christian Finnigan has been married for seven years to Jewish actor Jonathan Silverman, with whom she starred in the TNT medical series Monday Mornings. What makes their marriage work? “Being able to laugh at yourself and each other. I know it’s cliché, but the fact that we can laugh has saved us more than a few times,” Finnigan says. “Relationships go through peaks and valleys and you have to try not to panic over something negative or difficult. If you have patience and communication you’ll find your way through it and get back to the good part. We’ve always worked our way through it and come out the other side.”

Lisa Bonet, whose mother is Jewish and father is not, is married to actor Jason Momoa (Game of Thrones, not Jewish) and stars opposite him in his directorial debut, Road to Paloma, playing a woman his fugitive character intimately encounters on his road trip journey in the film, which will be released in select cities on July 11 and available on Blu-Ray, DVD and On Demand on July 15. Formerly married to singer Lenny Kravitz, (Jewish on his father’s side), Bonet has a daughter, Zoe, from that union and two children with Momoa, Lola Lolani and Nakoa-Wolf.