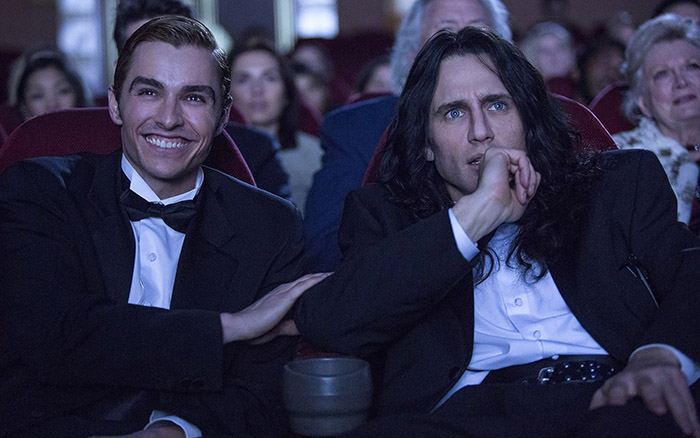 Brothers James and Dave Franco, whose mother is Jewish, co-star in The Disaster Artist, the true story of filmmaker Tommy Wiseau and his infamous movie The Room, considered one of the worst ever made. James plays Wiseau and Dave plays his friend Greg Sestero, whose book The Greatest Bad Movie Ever Made is the source material for the film. Opening December 1, it also stars Josh Hutcherson, Zac Efron, Alison Brie, Eliza Coupe, Zoey Deutch, Lizzy Caplan, Bryan Cranston, J.J. Abrams, Zach Braff and Kristen Bell as themselves. 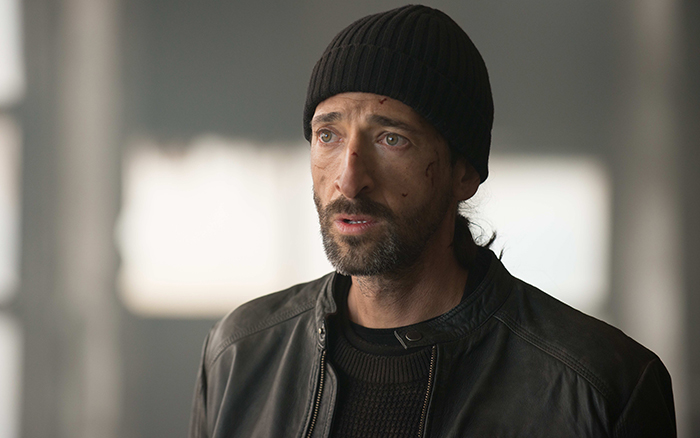 Adrien Brody stars in the crime thriller Bullet Head, about a trio of thieves who hide out in an abandoned warehouse after their heist goes awry, only to discover it’s occupied by a dogfighting ring run by a menacing crime lord (Antonio Banderas) and his most vicious canine. Co-starring John Malkovich and Rory Culkin, it opens December 8. Brody is the son of a Jewish father and a mother, who came from an interfaith family and was raised in her father’s Catholic faith. 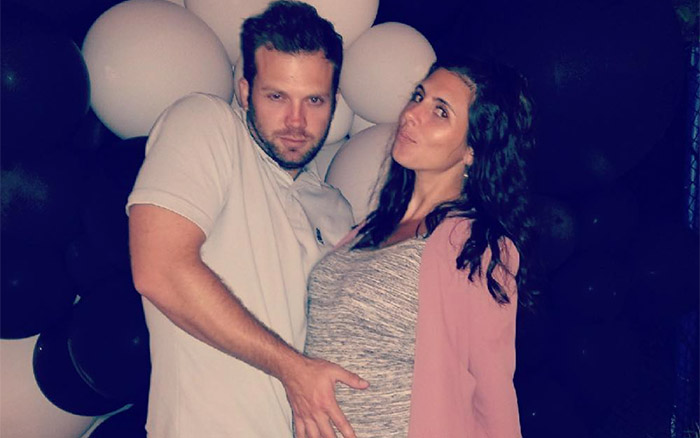 Jamie-Lynn Gets Back in With the Mob

Jamie-Lynn Sigler returns to the screen in the mob drama Gangster Land, about Al Capone and his rise to power in the Italian Mafia. Milo Gibson stars as Capone and co-stars Sean Faris, Peter Facinelli and Jason Patric in the December 1 release. Sigler, who was raised Jewish—her Catholic-Cuban mother converted to Judaism when she married Sigler’s Jewish father—is married to baseball player Cutter Dykstra, who is not Jewish. They’re expecting their second child in the next few weeks. 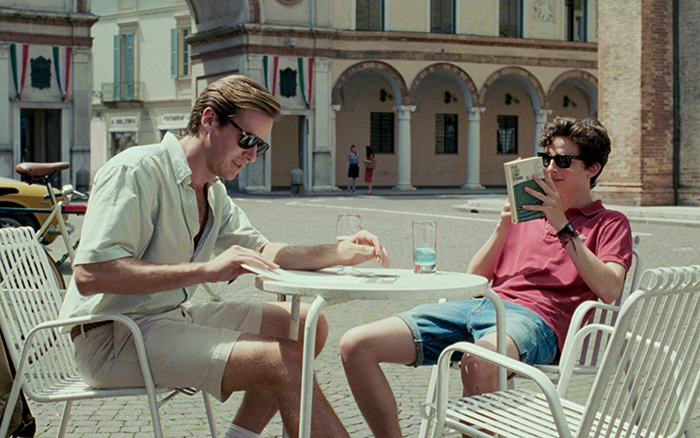 If you don’t know Timothée Chalamet yet, you will soon. The 21-year-old actor is winning raves for two recently released films, Lady Bird, in which he plays Saoirse Ronan’s crush, and the coming of age love story Call Me by Your Name, as an Italian-Jewish teenager who falls for a Jewish-American grad student (Armie Hammer). He’s considered a shoo-in for an Oscar nomination for the role.

The New York-born son of a French father and a Jewish mother of Austrian and Russian descent, Chalamet began acting at 16 in Homeland as the President’s son, and went on to land roles in Men, Women & Children, Royal Pains, Interstellar and The Adderall Diaries. He has already filmed several other films, including the western Hostiles starring Christian Bale, due out January 5; Woody Allen’s comedy A Rainy Day in New York co-starring Jude Law, Selena Gomez, and Elle Fanning; and Beautiful Boy, about a son’s battle with meth addiction seen through the eyes of his father (Steve Carell). 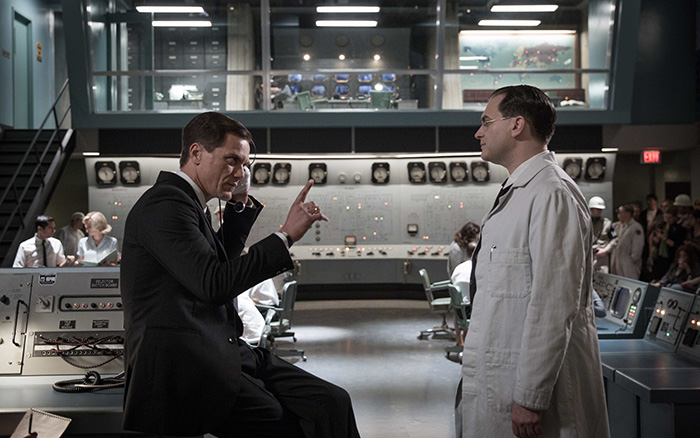 Michael Shannon and Michael Stuhlbarg in The Shape of Water. Credit: Kerry Hayes/20th

Playing Chalamet’s father in Call Me by Your Name is Jewish character actor Michael Stuhlbarg (Boardwalk Empire, Fargo, Dr. Strange, Miss Sloane), who is also keeping very busy in Hollywood. Married to Mai-Linh Lofgren (not Jewish), Stuhlbarg plays a scientist in Guillermo Del Toro’s fantasy The Shape of Water (December 8), joins Tom Hanks and Meryl Streep in The Post, about the Washington Post, President Nixon and the Pentagon Papers (December 22), and on TV, appears in the Hulu series The Looming Tower, about counter-terrorism efforts in the late 1990s and the rivalry between the FBI and the CIA. It stars Jeff Daniels, Peter Sarsgaard and premieres February 28. 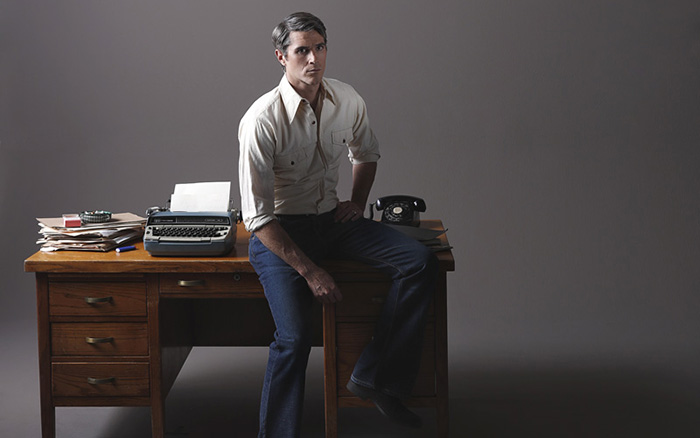 In February 1970, Jeffrey MacDonald, a handsome, respected doctor, was arrested for the brutal murders of his pregnant wife and two young daughters. The sensational case became the subject of Fatal Vision, a best-selling book by Joe McGinniss and a TV miniseries of the same name. On December 10, Investigation Discovery revisits the story in Final Vision, following both MacDonald (Scott Foley) and McGinniss (Dave Annable) and their relationship.

Annable (Heartbeat, Brothers & Sisters), a true crime fan, was unaware of the story before he was cast as McGinniss but delved into Fatal Vision, McGinniss’ previous writing, and spoke to a producer of the movie, who knew the late author, for insights. As “someone who loves to do research, I thoroughly enjoyed diving deeper into Joe McGinniss and his life around the time of the crime,” says Annable, who “found a real self-imposed challenge in playing a real person. You want to be able to do your job well and have the audience believe these two characters, all while trying to respect the actual person and their families.”

Annable, the son of a Jewish mother and a Christian father, has been married to actress Odette Annable since 2010, and they’re parents to a two-year-old daughter. He’ll appear next in the series Yellowstone, a 2018 Paramount Network series about a ranching family in Montana. 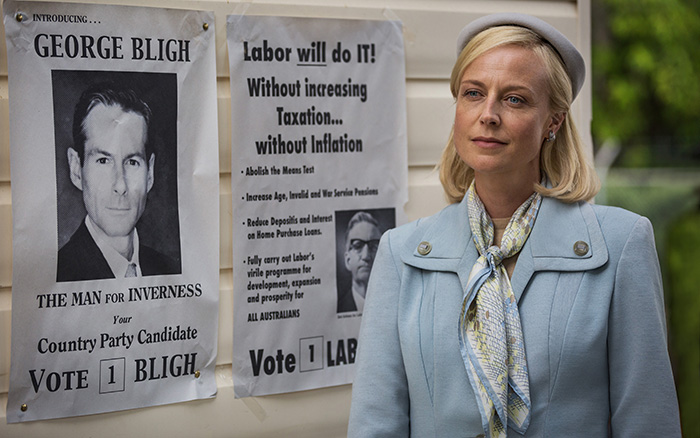 Interfaith Themes on A Place to Call Home

Set in 1950s Australia and now in its just-premiered fifth season on AcornTV.com, A Place to Call Home has interfaith themes at its center. The drama follows Sarah Adams Nordmann (Marta Dusseldorp), a nurse who was raised Catholic and converted to Judaism when she met and married her Jewish husband, now dead. Sarah, who has become the target of anti-Semitism in the rural town where she lives, has been romantically involved with wealthy politician George Bligh (Brett Climo), who is not Jewish, and has a son with him. She intends to raise the child in the faith, and this season, George considers converting to Judaism. The premiere episode also introduces Leah Gold (Madeleine Clunies-Ross), a Jewish teenager who runs away with her boyfriend, Larry Forbes (George Pullar), who is not Jewish.