Hathaway Teams Up with DeNiro 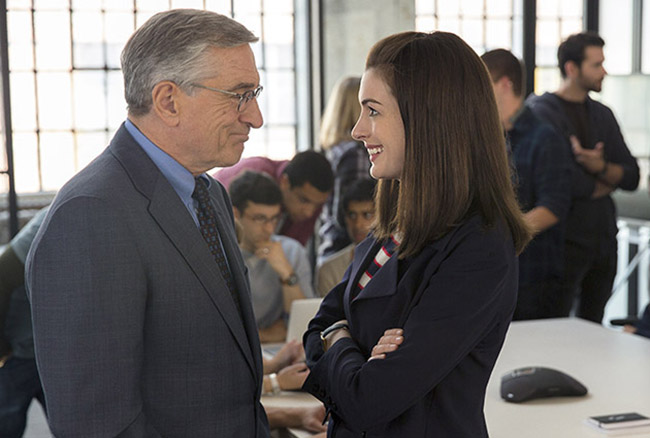 Anne Hathaway’s latest rom-com is actually about a May to December relationship—one that’s different and pretty cool. She plays a fashion website entrepreneur who hires a 70-year-old senior intern—played charmingly by Robert DeNiro—and benefits from his experience, wisdom and friendship in The Intern, now playing. Her character is having marital problems in the movie, but that’s not the case off-screen. Hathaway who was raised Catholic, married Jewish actor Adam Shulman in an interfaith ceremony three years ago, and they’re celebrating their third anniversary September 29. 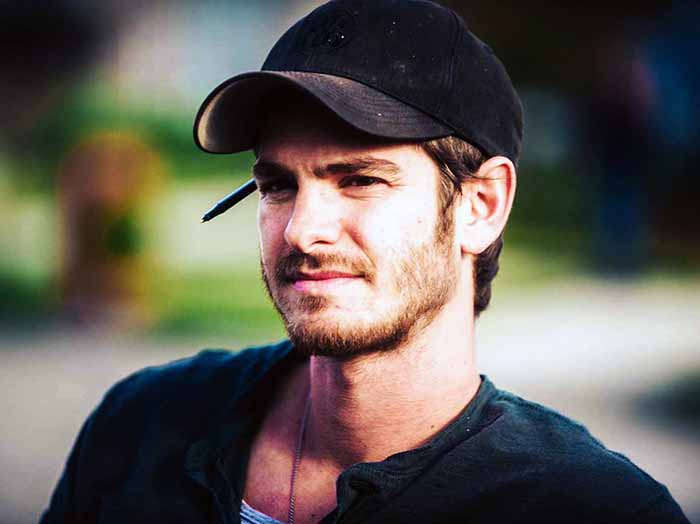 Amid current speculation about the status of his four-year interfaith relationship with Spider-Man co-star Emma Stone, Jewish actor Andrew Garfield is getting deserved buzz for his latest movie, 99 Homes, now playing. The drama casts him as Dennis Nash, a single father and unemployed construction worker who gets evicted from his home and in desperation makes a deal with the devil. He takes a job with the unscrupulous realtor who evicted him, doing the same to others as he wrestles with his conscience. Garfield is terrific, as is Michael Sheen who plays his boss. As for his on-and-off relationship with Stone, stay tuned. 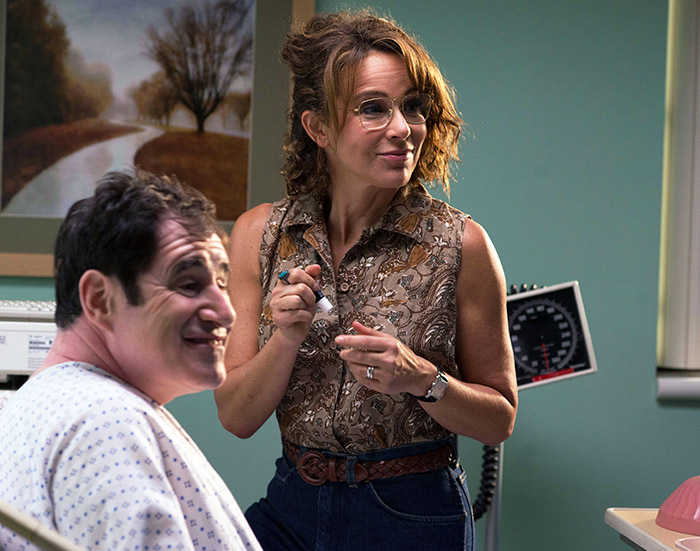 Nostalgia meets comedy in the satirically funny new series Red Oaks, set in a Jewish country club in New Jersey in the 1980s, with the fashions, music and hairstyles that defined the era. The ensemble cast includes several Jewish actors: Paul Reiser, Richard Kind and Jennifer Grey, who has been in an interfaith marriage since 2001 to actor-director Clark Gregg (Marvel’s Agents of S.H.I.E.L.D.). The daughter of actor Joel Grey, she’s the mother of Stella, who recently turned 13. “I’ve gotten a lot more Jewish in the last five years because of my daughter’s bat mitzvah,” she says. “I realized I really care about being a Jew.” Red Oaks begins streaming on Amazon Prime October 9.

Rachel Bloom is Jewish, but in her new CW series Crazy Ex-Girlfriend, premiering October 12, her character Rebecca Bunch is from an interfaith family. “Her dad is not Jewish. Her mom’s Jewish so she considers herself Jewish. Her parents divorced and her dad left. In our minds, she’s from a Jewish neighborhood in Scarsdale, and was [a] bat mitzvah,” says Bloom, who created the musical dramedy about a New York lawyer who runs into her old summer camp crush on the street and drops everything to follow him to his hometown, West Covina, California, in the hope of getting him back—in other words, she stalks him. The guy in question is named Josh Chan, and if she does win him back, she’ll be in an interfaith relationship, too.