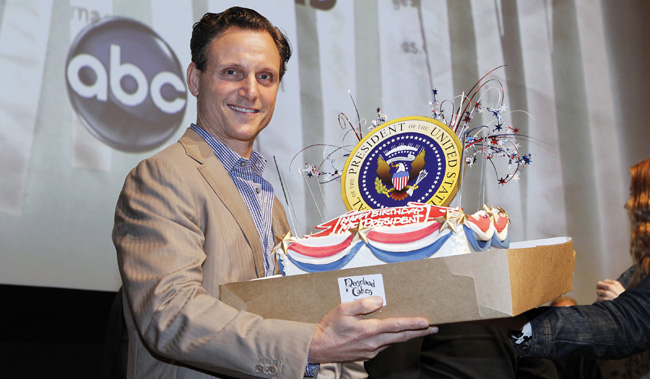 With Jewish roots on his father’s side, (Grandpa is the famous movie mogul Samuel Goldwyn, né Gelbfisz), Tony Goldwyn is keeping the surname in headlines thanks to his role as President Fitzgerald Grant in ABC’s hit drama Scandal. Somehow, Goldwyn manages to make the unethical, adulterous, murderous, Commander-in-Chief sexy and sympathetic. “My favorite thing about this show is I get to play a character who swings to such extremes,” says Goldwyn, crediting Shonda Rhimes’ writing and the show’s rabid fan base for making the series a hit.

Scandal’s popularity first hit home for Goldwyn when he was directing a pilot for a show called The Divide last fall. “People were running out of stores [shouting] ‘The President!’ and assaulting me on the streets of Philadelphia.” He spent his recent summer hiatus making the movie Divergent, based on a popular book series and set to open in March, 2014. “It’s in the Hunger Games genre. Shailene Woodley plays the lead, Ashley Judd and I play her parents,” Goldwyn says, noting that Kate Winslet co-stars.

For Goldwyn, playing a famously unfaithful character is great fun, the best job of his life, but he couldn’t be further from his character in real life. He’s been married to production designer Jane Musky for 26 years, a relationship that started as a friendship at a summer theater during his college break. “It’s about valuing the deeper aspects of a relationship and being present in who you are now, and not holding the relationship up to some opinion of what it’s supposed to be. Over the years I’ve learned that,” says Goldwyn, who has two daughters, 18 and 23, who have showbiz aspirations. “The younger one wants to be an actor, and the older one wants to be a writer and a filmmaker.” 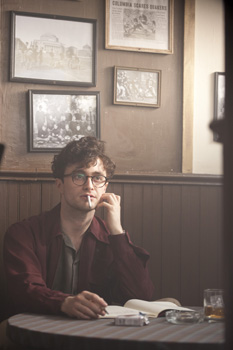 At 24, Daniel Radcliffe is putting Harry Potter behind him with a series of decidedly adult roles. The British actor, whose father is from a Protestant Northern Irish background and mother was born a South African Jew (with roots in Eastern Europe), is playing Jewish-born, practicing Buddhist poet Alan Ginsberg in the film Kill Your Darlings, opening October 16 in New York and Los Angeles. The movie depicts how Ginsberg met Jack Kerouac (Jack Huston) and William Burroughs (Ben Foster) at Columbia University in the 1940s and a little-known murder that inspired the Beat Revolution.

Radcliffe can also be seen in the imported British TV series A Young Doctor’s Notebook, now airing on the Ovation network. “Jon Hamm and I play the same character at different points in his life,” notes Radcliffe, who has already shot the second season of the series. He’s also been tapped to play Igor to James McAvoy’s Dr. Frankenstein in a new film version of Mary Shelley’s classic Frankenstein, due out in 2014.