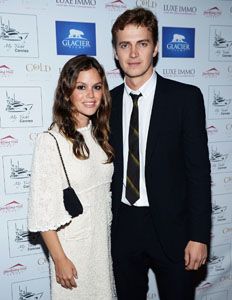 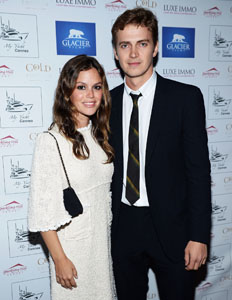 Hart of Dixie star Rachel Bilson and actor Hayden Christensen (Star Wars) welcomed daughter Briar Rose on Oct. 29. Bilson, whose father is Jewish and mother is Catholic, met Christiansen, who is not Jewish, on the set of the film Jumper in 2007. No wedding plans yet, but Hart of Dixie’s return is on the calendar for January 9 on the CW.

In other baby news, Robert Downey Jr. and his wife and producing partner Susan Downey became parents for the second time with the birth of daughter Avri Roel on November 4. The Iron Man and The Judge star, not Jewish, and the Jewish movie producer have a son, 2-and-a-half year-old Exton Elias. Mazel tov to all! 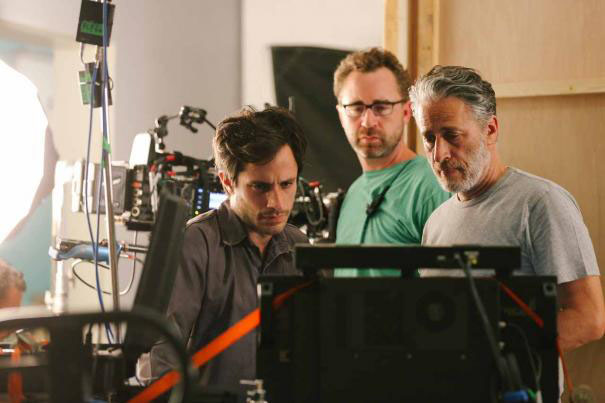 The Daily Show’s Jon Stewart makes his movie debut November 14 as a writer-director with Rosewater: an intense, riveting film based on the true story of Newsweek journalist Maziar Bahari (Gabriel Garcia Bernal), who was held captive and tortured in Iran for reporting the truth about the elections there in 2009. Stewart, who is Jewish (his born name was Jonathan Stuart Leibowitz), has been married since 2000 to Tracy Lyn McShane (not Jewish), whom he met on a blind date and proposed to via a personalized crossword puzzle. They both changed their names to Stewart after they were married. They have two children, Nathan, 10 and Maggie, 8.

Madam Secretary actress Bebe Neuwirth, married to music producer Chris Calkins, is Jewish but was not raised religious. “When I was very young, my family had seders and lit the Hanukkah lights, my father reciting a prayer. But there was no discussion of religion in our home, I never went to temple and really didn’t know anything about it,” she says. So the fact that her husband is not Jewish was never an issue. “He’s not religious so there was no problem when we planned our wedding.” Two friends, a judge and a Zen priest officiated at the May 2009 ceremony in New York City. 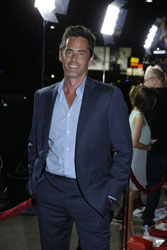 Adam Kaufman, who grew up in an interfaith family, is co-starring opposite Katherine Heigl in NBC’s new Capitol Hill drama State of Affairs, premiering November 17. Kaufman’s father is Jewish and his mother is Catholic. Kaufman was formerly in a long-term relationship with actress Poppy Montgomery (Unforgettable), whom he met on the set of the movie Between in 2005. They re-teamed on screen in the TV movie Lying to be Perfect and on her series Without a Trace, in which he played her love interest. The couple broke up three years ago but have a son together, Jackson, who turns 7 next month.