Hollywood Now: Beauty and the Beast Dazzles the Big Screen 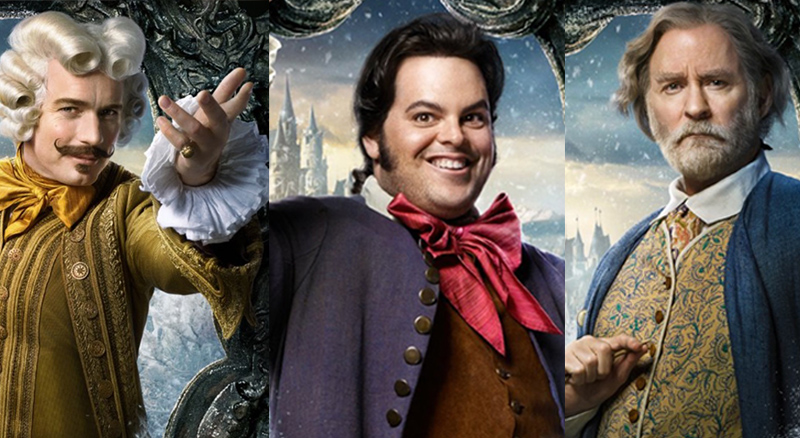 The new musical fairy tale Beauty and the Beast, a magical live-action and CGI hybrid opening March 16, is a must-see on many levels. The dazzling visual effects, production numbers and the performances of Emma Watson and Dan Stevens in the romantic title roles of Belle and the bewitched prince can’t be missed. The stellar supporting cast includes Josh Gad, Ewan McGregor and Kevin Kline. The three actors have something in common besides vocal and comic chops: They or their parents were in interfaith relationships.

“It’s the most fun I’ve ever had making a movie,” declared Gad (Frozen) at an IMAX screening in Hollywood. He plays LeFou, Disney’s first gay character and sidekick to the boorish Gaston (Luke Evans) who has some of the best lines in the movie. Jewish on both sides of his family (his mother has European ancestry, his father immigrated from Afghanistan), Gad is married to actress Ida Darvish, who is Catholic. The father of two daughters, he’s not religious but celebrates aspects of both Jewish and Catholic traditions with his family.

Gad recently completed roles in Marshall, a biography about Supreme Court Justice Thurgood Marshall, due out October 13, and in an all-star version of Agatha Christie’s Murder on the Orient Express opposite Johnny Depp, Daisy Ridley, Michelle Pfeiffer, Penelope Cruz and Kenneth Brannagh, who directs and plays sleuth Hercule Poirot. It opens November 22.

Who knew Ewan McGregor, best known for playing Obi-Wan Kenobi in several Star Wars movies, was such a good singer? McGregor, as the enchanted candelabra Lumière, does a wonderful job with the showstopper “Be Our Guest.” Born in Scotland and raised Catholic, he married production designer Eve Mavrakis, who is of Greek-French Jewish ancestry, in 1995. She wasn’t raised observant and neither was he, but she grew increasingly connected to Judaism as an adult and wanted to raise their four daughters in the faith. The girls all became bat mitzvah.

Starting April 19, McGregor plays the dual role of rival brothers whose “life paths have been very different from each other” in the third installment of FX’s series Fargo. One is a successful businessman and the other is a ne’er do well parole officer in the 2010-set story.

Kevin Kline (A Fish Called Wanda, In & Out) plays Maurice, the artist father of Belle in Beauty and the Beast. Kline is the son of a German-Jewish, agnostic father and an Irish-Catholic mother and was raised in his mother’s faith. His wife, actress Phoebe Cates, is also the product of an interfaith marriage. Her father has Russian-Jewish ancestry, and so does her maternal grandmother, who was born in Shanghai, China, where she met and married her Chinese-Filipino husband. 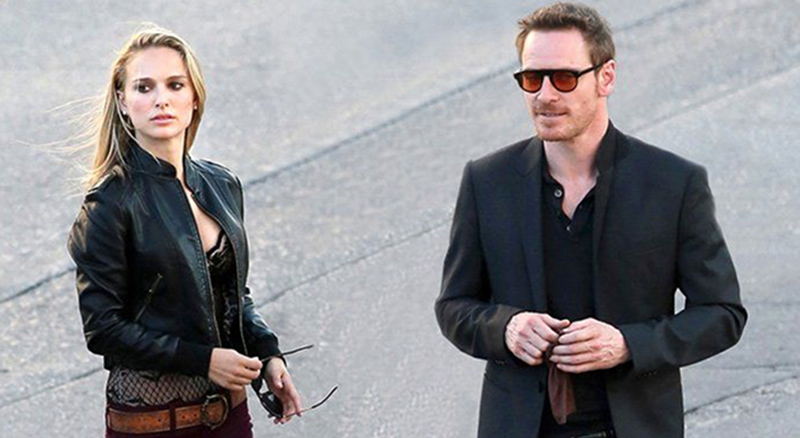 Natalie Portman became a mom for the second time when she and her husband Benjamin Millellipied welcomed daughter Amalia on February 22. (Big brother Aleph is 5.) The new arrival prevented the Jackie nominee from attending the Academy Awards or the Independent Spirit Awards. The Israeli-born Jewish actress and her choreographer husband, who has reportedly converted to Judaism, will be seen in several films she completed before her pregnancy. Portman stars opposite Michael Fassbender, Ryan Gosling and Rooney Mara in director Terrence Malick’s upcoming Song to Song, a story of romantic obsession, betrayal and rock ‘n’ roll set in Austin, Texas. It hits theaters March 17. 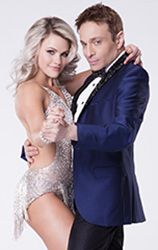 Premiering March 20 on ABC, the spring edition of Dancing with the Stars includes an eclectic cast of celebrities from music, sports, reality TV and acting. The latter is represented by Saturday Night Live alumnus Chris Kattan. His late father, an actor, was of Iraqi and Polish Jewish ancestry, and his Hungarian-born mother is a Buddhist and he grew up in that tradition. Whether he has the dance skills to compete against the likes of gymnast Simone Biles and Heather Morris from Glee remains to be seen, but Kattan will be comfortably in his comedy wheelhouse in the movie Walk of Fame, about a group of actors and their eccentric coach, in theaters March 24.