When a Major Jewish Holiday Clashes With a Major Family Wedding 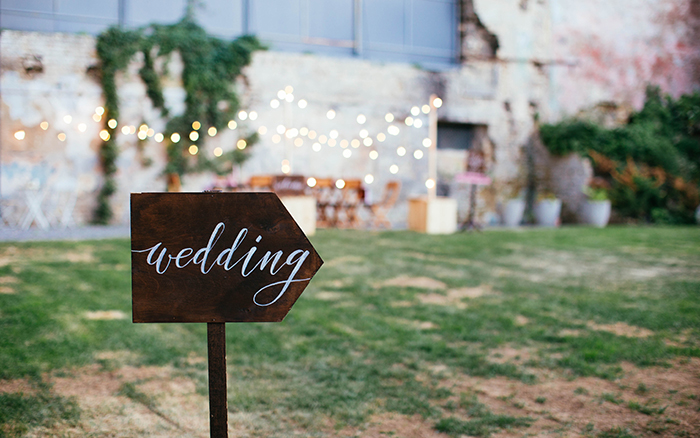 My cousin is getting married on Yom Kippur. And her dress rehearsal is on Kol Nidre. Yes, you read that right. So, what’s a good relative to do?

Apparently when she and her fiancé [who is not Jewish] scheduled their most special event, they had no idea the date coincided with the holiest days on the Jewish calendar. By the time they realized the conflict, it was too late. They weren’t able to change the date of their wedding at the fancy country club where it was booked.

The bride is my first cousin, the daughter of my mom’s younger brother. For my immediate family (parents and sisters) the knee-jerk reaction was: reject the occasion altogether. Send a gift, but don’t attend.

I mean, how disrespectful could you be to schedule your special day on such a somber and important holiday? What could the future bride and groom have been thinking? What could they expect? But the deeper we delved into the dilemma, the more complicated it became.

For my mom who is fairly religious, in her mid-70s, and lives across the country from her two brothers, the decision was especially difficult. She was choosing between sharing the joyous celebration including magnificent meals with her cherished brothers vs. observing the High Holidays by attending services and fasting.

Rather than asking the audience, she decided to “phone a friend.” That friend was her rabbi who happened to be in Israel on a trip with fellow congregants.

After explaining the situation, my mom asked: “What advice can you give our family regarding attending the wedding? I can hear my father’s voice saying, ‘family is family.’  How do I choose between my family and my faith?”

His response was surprising. On a call from Jerusalem the rabbi advised: “Don’t go, but do send a gift. Do not tell her why you are not going.”

This confused my mom even more, especially the last part. If she chose not to go, why not stand up and say why?

She called her brothers to discuss the situation, and their voices reminded her of the deep love they share. In the end, that love overpowered everything else. She and my dad booked their tickets and will be attending the wedding at the end of September.

The bride-to-be also showed some flexibility, changing the time of the rehearsal dinner so anyone who wishes may attend Kol Nidre services. She also researched nearby temples and their times for services on Friday night and Saturday.

Her Saturday evening wedding is, technically, after the holiday is over. I think she genuinely feels bad about the predicament this has put her observant family members in, and has done what she can to rectify the situation. (I’m sure many of you will disagree with this.)

Personally, I’ve come full circle. At first I was ready to book my plane ticket. Then I thought, since it was so disrespectful of the bride and groom to put so many in such a challenging position, I wouldn’t go. Then I considered what really matters: family. So I’ll be checking out flight and hotel information soon.

This isn’t an uncommon dilemma in our world where so many levels of observance can be found in one family. Secular Jews may have weddings or birthday parties or even graduations or professional milestones that involve travel on Saturdays, for instance—leaving their Sabbath-observant relatives torn.

After all is said and done, as inconsiderate as keeping the wedding date scheduled for Yom Kippur is, I’m of the opinion that, as my grandfather said, “Family is family.”

The High Holidays will occur again next year. My cousin’s wedding will not. So, I’ll be joining my parents to watch my cousin walk down the aisle (They plan on attending services near the wedding venue.) I’m looking forward to spending time with relatives I don’t get to see very often, and to celebrating this special milestone with them.

But it isn’t an easy choice. Dear readers, I wonder: what would you do?