What (I Hope) My Interfaith Marriage Taught My Parents 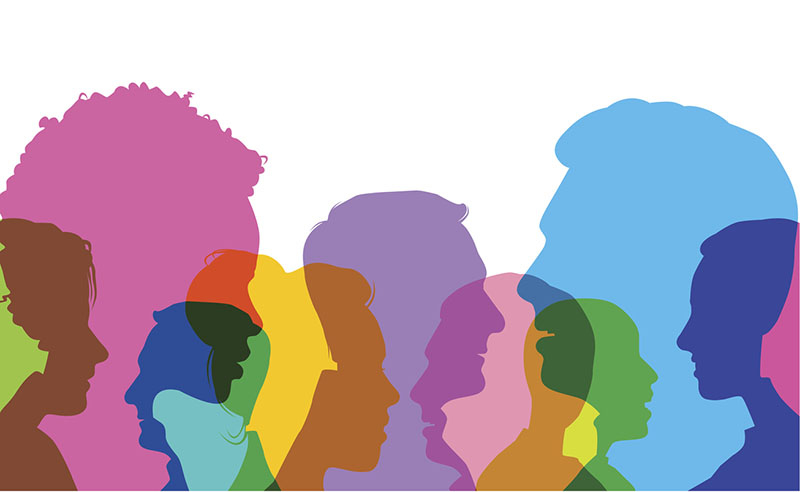 I’ve been married for 14 years and with my husband who is not Jewish for 16. I’ve always wanted to believe that in that time my mom and stepfather have grown in their willingness to learn about, and be accepting of all kinds of differences introduced into our family through marriages, children and my siblings’ and my friendships. But repeatedly, I’ve realized that their tolerance doesn’t extend much beyond my husband and sister-in-law who is not Jewish.

My parents seem to inhabit this not-really-open space on the openness spectrum–they think that every race, creed, sexual and gender identity should have equal rights, equal opportunity and the full protection of the law. They just don’t want anyone who is not white, Jewish and straight in their circle of family and friends, or too close to their children and grandchildren. They’ve had to accommodate some Christians because of intermarriage in our immediate and extended family, but that seemed like as much as they were willing to tolerate.

I remember when my mother figured out that my friend Andy who is married to Greg was a man. Andy and Greg were very dear friends of my husband and mine. Our son adored them; they were like uncles to him. “Oh,” my mother said during a phone call. “Andy isn’t a woman?” A long pause followed, and I knew she was concerned that our son spent time with them and loved them so much. Even though intellectually she understood that being gay wasn’t a choice or a communicable disease, she worried that Andy and Greg’s sexual identity might somehow influence our son’s sexuality.

So, it wasn’t surprising that from the time my stepsister’s twin boys were born that they were worried about one of the children. One of the boys was a fitful infant and grew into an angry toddler who clung to his mother. From a very early age, he loved everything traditionally associated with girls: girls’ dress-up clothing, princesses, Barbie, sewing, makeup and more. His friends were all girls. He liked pink. He invited only girls to his birthday parties. He was very athletic but had no interest in sports. He made my parents, who were the paragons of heteronormativity, nervous.

Having worked with transgender individuals through my job at my synagogue, I thought that my nephew might be transgender. I knew it was one possibility my stepsister was exploring with the therapist he saw for various behavioral issues. Then my mother confirmed what I already knew when I was on the phone with her and asked how was a recent visit with the boys.

“E is happier than I’ve ever seen him. They have let him grow his hair long. He wears bright pink hi-tops and a pink hat with his name embroidered in purple, and he answered the door the other day in a dress and full makeup” she said. “Claire told him that when kids change schools that sometimes they adopt different identities. He will go to a new school for third grade in the fall, and he is excited about the move.”

I said I was so glad to hear this news and it was great that he was being allowed and encouraged to embrace his true self. I was also interested to hear how my parents were dealing with the situation.

When I was seriously dating, engaged and even throughout my marriage to my husband, my parents didn’t do anything that might help them navigate intermarriage in their family. They didn’t take a class, didn’t speak with clergy, didn’t read any books and they didn’t join a support group. They pretty much did everything that professionals who work with interfaith couples and their families tell parents whose children are in an interfaith relationship not to do. I hoped that my mother and stepfather learned from the experience of my intermarriage. I hoped they handled this situation differently for my stepsister’s (she needed all of our support) and for my nephew’s (he needed love and acceptance) sake.

*Note: My 8-year-old nephew has not yet adopted the “she” pronoun or changed names. My family is supporting this transition and is taking cues from my stepsister and her child. Currently, the child’s pronoun is “he” and he is using his given name.

I asked my mother how she and my stepfather were dealing with the situation during a phone call. “It’s hard, but we are trying to be as supportive as possible. We’re reading a lot of books and articles. Jack (my stepfather) has spoken to his therapist. We’re trying to learn as much as we can. We love this child. We want him to be happy.”

I hung up the phone. Maybe my parents did learn from the negative approach they took when I introduced someone different into the family through marriage. Or maybe it’s harder to react negatively with a young grandchild than it is with an adult child. Whatever the case, there was growth.

I sent my mom a text, “I’m proud of how you’re handling this.” Maybe this new attitude of acceptance will even extend beyond our family. Maybe this time, my parents are learning the importance of #ChoosingLove. That is my hope.