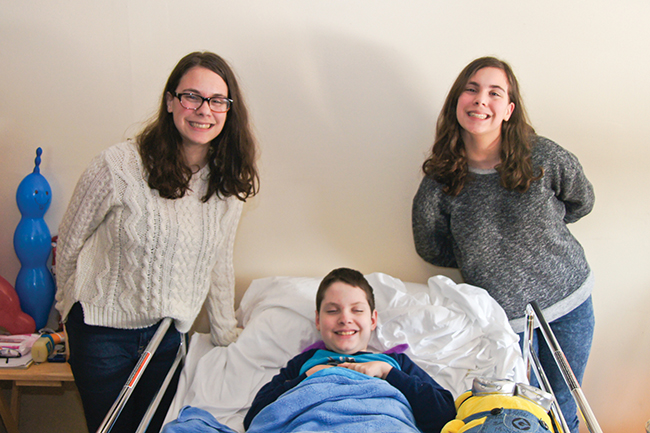 If Mary Brodsky had merely adopted her triplet step-grandchildren after her husband and both of the children’s parents died — dayenu.

If she had simply kept them grounded in the centuries-old religion of their mother and their grandfather — dayenu.

If the Catholic widow had taught herself enough about Judaism to organize a seder every year, complete with homemade gefilte fish, and to read the children a chapter from My Little Dreidel on each of the eight nights of Chanukah — dayenu.

If she had dropped the siblings off at Hebrew school every Sunday for years, and then driven three miles down the road to attend mass at St. Francis in Fairless Hills — dayenu.

But there’s more, much more, in this saga of a faith that unites two religions, three generations and four people whose love for Judaism—and for one another — transcends blood ties.

It stars 12-year-old Madison, Zoe and Jonathan Kemp, who are prepping for their Bar/Bat Mitzvah later this month at Congregation Beth El in Yardley. It also stars the woman they call Mom-Mom…

To read the rest of this article which first appeared on the Jewish Exponent, click here.