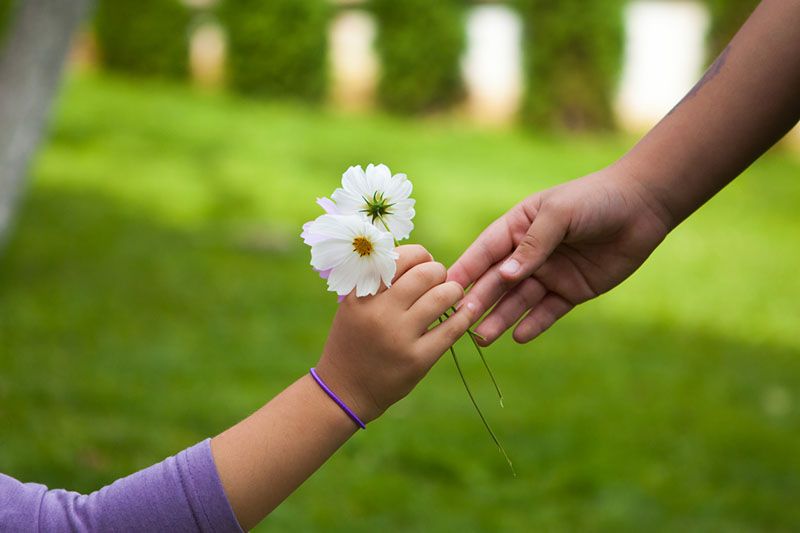 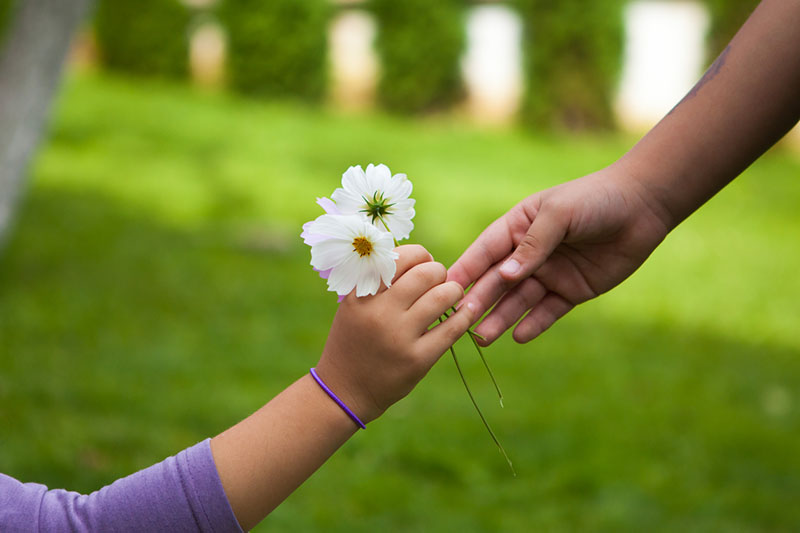 Ah, yes, it’s summer at last. Time, maybe, to wind down a little bit and contemplate some bigger-picture lessons that get lost in the shuffle during the school year. We talked to Rabbi Jillian Cameron of Newton’s InterfaithFamily, which supports interfaith families in embracing Jewish life, about three important Jewish values that kids should absorb as early as possible. Nothing big or daunting, just simple lessons to instill in everyday moments.

“We’re all created in the image of God,” says Cameron. “We’re each special and unique, but we’re also connected through a larger image of something greater, whether people look or act like us, or are different. We’re all worthy of respect.”

This can be tough for little kids to grasp: Why does one kid have two moms, and another has a mom and a dad? Why do some kids get to go to summer camp, and others can’t afford to go? Kids tend to define themselves by their visible differences, not by their unseen similarities, so they need some prompting.

Since this concept is abstract, Cameron recommends tying similarities to a real-life example through a story, like playing with a friend from a different country. “You have white skin and your friend has dark skin, but you both love ‘Despicable Me,’ right?” The more you can make those connections for your kids now, the less scary differences will be as they get older.

Ah, peace. This can be elusive when your kids are bickering over who ate the last cookie, or who gets to sit by the window on the car ride to the beach, or who’s taller or…you name it.

In this case, Cameron recommends “going big.” Instead of begging your kids not to fight (ha!), try to help them think about peace on a larger scale.

“Get them talking: What does peace look like for you? When do you feel peaceful? Is it when you’re falling asleep? What makes you feel at peace? Is it living in a comfortable home or having toys to play with? How can you help create that for yourself, for your friends and for the whole world?”

Make them part of the big-picture solution, instead of admonishing them. If they realize how important peace is on a bigger scale, they might be more likely to think about how it applies to their own lives, too.

It’s never too early to teach your kids the importance of charitable giving. While Jewish tradition holds that we should give 10 percent of our income to charity, kids don’t need to worry about that. At this stage, it’s more about seeing charity with their own eyes, like visiting a shelter to drop off toys or a soup kitchen and helping out.

Kids benefit from participating in these hands-on, real-world experiences far more than hearing about them. Offer your child experiences where he or she can see their impact firsthand.

“It’s not just about giving money. It’s about thinking of how to create a more just world,” Cameron says. “Instead of thinking about helping others in terms of financial giving, think about it as giving back a part of your life. There’s action involved in justice; we can’t rest on our laurels.”

The earlier your kids see that their actions can make a difference, the easier it will be to make giving back a habit.

Reprinted with permission from JewishBoston.com

Rabbi Jillian Cameron is the former director of 18Doors/Boston. She was ordained at Hebrew Union College - Jewish Institute of Religion in 2012 after receiving a Master's Degree in Jewish Education in 2008.

Rabbi Jillian Cameron is the former director of 18Doors/Boston. She was ordained at Hebrew Union College - Jewish Institute of Religion in 2012 after receiving a Master's Degree in Jewish Education in 2008.

My Daughter’s Best Friend is the Best Gift

I Started Doing Shabbat and I Can’t Stop

Finding My Place in the Preschool Jew Crew: Parenting with Interfaith Blinders