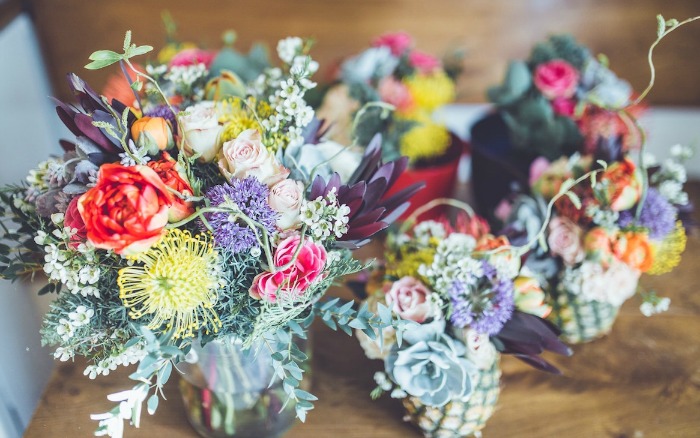 I don’t have any weddings in sight – my children are married and I’ve been married for 43 years myself. Nevertheless, I loved reading Anita Diamant’s The Jewish Wedding Now. 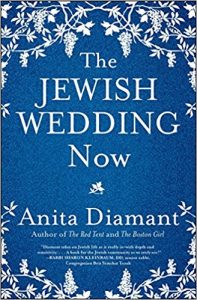 I’m most interested of course in interfaith couples, and highly recommend The New Jewish Wedding to them and their families too, because the book clearly is written with you in mind.

Describing changes over time, Diamant says “the huppah, the wedding canopy, has become a very large tent, open to Jews of all descriptions and denominations… and people from different faith traditions. The status and validity of some of these weddings is the subject of intense debate – par for the course in all things Jewish – but this edition reflects the facts on the ground.” She explains that there is no chapter devoted to interfaith couples because the book “is a menu for all who wish to include meaningful Jewish choices as they plan their ceremony and celebration; choices that are the same for everyone.”

When I first read that there was no special chapter for interfaith couples, I was concerned, unnecessarily as it turned out, that the special considerations that interfaith couples do indeed have would not be addressed. To the contrary, in a few pages under the title “Non-Jews under the Huppah,” Diamant succinctly addresses the history of attitudes toward intermarriage, states that now “intermarriage is the communal norm” (I strongly agree), discusses some of the questions interfaith couples encounter, and says “Couples who can talk about religion before their weddings are much better prepared to handle knottier questions later on” (I strongly agree). She also addresses ways to inform relatives from different faith traditions about what will be happening, and ways to include them in the wedding ceremony. I love how she casually mentions the presence of other traditions, when she talks about including phrases written in Chinese or Hindi on wedding invitations, translations of interfaith ketubot into Spanish and Japanese, and chuppot made from Scottish tartan or African textile.

I love that she talks about the phenomenon of couples having friends ordained for the day to officiate at their weddings, but gently says “you need a rabbi” to create a Jewish wedding. I love that Diamant encourages interfaith couples to find a compatible rabbi to officiate at their weddings, describing some of the rejection they may encounter and resources available to help them.

As Diamant says, debate is par for the course in all things Jewish. I don’t agree with Diamant saying that the term “interfaith is only appropriate if the non-Jewish partner has an ongoing connection to another religion and wants that tradition reflected in the wedding ceremony and in married life.” As I’ve said before, “interfaith” today doesn’t mean anything about religious practice, that couples are practicing two faiths, or one and none; it just means they come from different faith traditions. I also try not to use the term “non-Jew” because people don’t define themselves as “nons” and would have preferred to see the admittedly ungainly phrase, “partner from a different faith tradition” throughout the book.

Moreover, a not insignificant proportion of interfaith couples are looking for rabbis to co-officiate their weddings with clergy from other religious traditions; The Jewish Wedding Now is, I believe, silent about that phenomenon. As I noted above, the book is extremely informative about Jewish wedding traditions, with parts appealing perhaps more to those interested in more traditional ceremonies. I would have liked to see a nod to couples looking for co-officiation – something like, “This is a book about Jewish weddings, not really about weddings that are conducted in Jewish and other traditions, although you can find elements of Jewish weddings in it that you might incorporate in such a wedding.”

It’s a tribute to The Jewish Wedding Now that it would in fact be informative and helpful to the whole range of interfaith couples planning a wedding and wanting their wedding to include Jewish traditions, and it’s written in a way that makes those traditions accessible and inviting to interfaith couples.