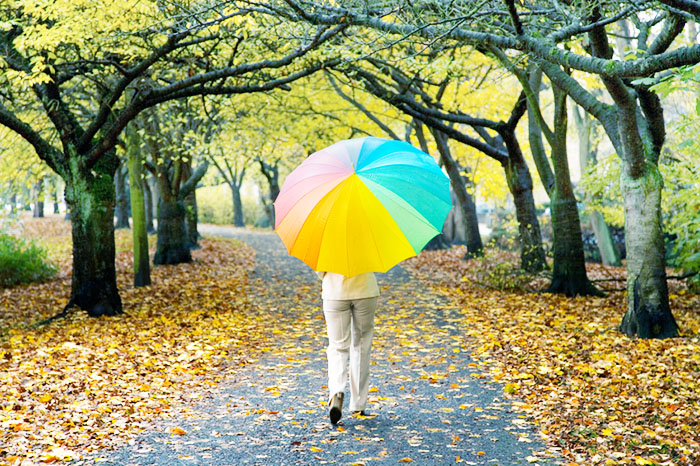 Throughout my life, I was a person in search of a religion to call my own. Born in the United Kingdom to a non-practicing Hindu father and a non-practicing Church of England mother, I never received any kind of religious upbringing beyond weddings and the hymns I was forced to sing in grammar school—words that were as meaningless to me as the tunes were depressing.

From an early age, I began to discover my identity. I was a teenager in 1980s England. The word ‘transgender’ was never used. All I knew was that the horrific bullying and abuse I suffered growing up had to be because God didn’t care for me very much.

When I was 18, I fled England for the United States. Without the internet or any U.S. history taught beyond “Oh and, by the way, in 1776 we lost the colonies,” my education about the United States revolved entirely around Dallas, Dynasty, Starsky & Hutch and Quincy, M.E.

However, my history professor did at least provide some education about the Holocaust and the founding of Israel. While naturally horrified, I was drawn immediately to the nobility of the Jewish people. I also obsessively watched and re-watched the miniseries Masada with Peter O’Toole and Peter Strauss. (It told the story of the historic Roman attack on a Jewish citadel and its leader Eleazar, and the Jews’ mass suicide as the Romans advanced.)

I believed America was where anything could happen and anyone was free to be whomever they wished to be. I was in for a bit of a rude awakening when the foreign exchange company placed me in New Albany, Indiana, with a Mormon family. They tried to convert me but I couldn’t make sense of any of it.

My identity started to take over with full force and I suffered the consequences of America’s Judeo-Christian rejection of what some people considered a “perverse cross dresser.” I was in the middle of the Bible Belt and a doomed marriage to an evangelical Christian led to moments, in church, where I questioned my own validity as a human being.

In 2001, I attempted suicide. Most transgender people can tell you a similar story. I wasn’t trying to follow Eleazar’s defiant end. I just wanted the pain to stop. I did not credit God with my change of heart, but instead set the blame at God’s feet for my failure to remain an active part of the world

In fact, I flirted with atheism, believing that there could not be a God given the inner conflict I was suffering and the endless torment of knowing that I could not live as myself in a society which just would not accept me. Yet I could never reject God completely. I just had no hope that God would not reject me.

Fifteen years after the day I stood on the sidewalk of Indianapolis’s busiest street and was one step away from death, I met with Rabbi Ari Moffic, Director of InterfaithFamily/Chicago, in a suburban Chicago coffee shop. From there I joined Rabbi Cindy Enger’s classroom at Temple Beth Emet in Evanston.

By this point, my physical transition from Jonathon to Gretchen was over and I was beginning my journey toward finding God in Reform Judaism. There was just one missing piece.

I found it last year when, for one week I joined my LGBTQ brothers, sisters and gender nonconformists in their day-to-day struggle for equal rights in Israel. I was a secular transgender journalist invited to join a writers and bloggers tour of Israel during the 2015 Pride Celebrations. I wanted to know what life was like for the average Israeli lesbian, gay, bisexual, transgender and queer individual.

After eight days in Israel, I realized that the lives of LGBTQ people there are not so dissimilar from our lives in America and I knew I wanted to be a part of the passion, solidarity and fight of the Israeli LGBTQ community. I knew it the moment I was invited to take hold of a corner of the immense transgender flag on its journey through Tel Aviv’s streets.

There was no question about whether I was an outsider or what my religious affiliation might be. As far as the transgender marchers were concerned, I might as well have been living and fighting along with them for years.

The lesbian, gay and bisexual communities may be celebrating more social acceptance in Israel but they are still fighting against religious intolerance and for pro-LGBTQ legislation that has stalled or even moved backwards. This has left them even further behind, say, a LGBTQ person in Mississippi.

In the end, I discovered the Israeli LGBTQ community is involved in a fight that is just as brutal and essential for their rights to exist as those in the trenches of any other country, or state, where such a right is being denied.

I had hoped to go to the summit of Masada and breath in the place Eleazar had made his last stand, but alas, the schedule didn’t allow for it. Instead, I found the people of Israel and especially their LGBTQ community to be as beautiful and flawed as those in the rest of the world. There is a passion to get a lot of things changed for the better and I believe they will.

I will be honest. Recent events in North Carolina, Mississippi and Orlando, Florida, have not only tied me further in solidarity to my LGBT community but also with the community in Israel. That is why I want to join them. Oppression must and can be fought no matter where it rears its head. The story of Masada taught me that.

I have found the God I have searched for all my life in Reform Judaism. It is a place I am accepted, where I can question God but love at the same time. I have been a part of many religions whether through circumstance or family, but this is home.

My life as a secular British transplant in the United States amounted to a 25-year discovery of my authentic self. Now that I have discovered where I belong—as a proud Jewish transgender individual in Israel—I expect the road to get there to be as challenging as it is long.

But it is a journey I can hardly wait to begin. Next year, in Tel Aviv.

InterfaithFamily is proud to offer many LGBTQ resources and connections. For more info, click HERE.

Gretchen Rachel Hammond was born in Manchester, England. She came to America at the age of 18 as part of a foreign exchange and was placed with a family in New Albany, Indiana. In the course of her career, Gretchen has worked as an actor, screenwriter, film critic for FOX 59 and WXNT radios in Indianapolis, a fundraiser for theaters and educational organizations and is currently a senior staff writer for the Windy City Times in Chicago with a focus upon investigative pieces and features. A transgender woman, Gretchen was inducted in to the Trans 100 in 2015 and has lectured on transgender issues for the Adler School of Professional Psychology and Roosevelt University in Chicago. Gretchen sits on the Board of the Trans Life Center at the Chicago House. Her book The Last Circle was published in 2013.