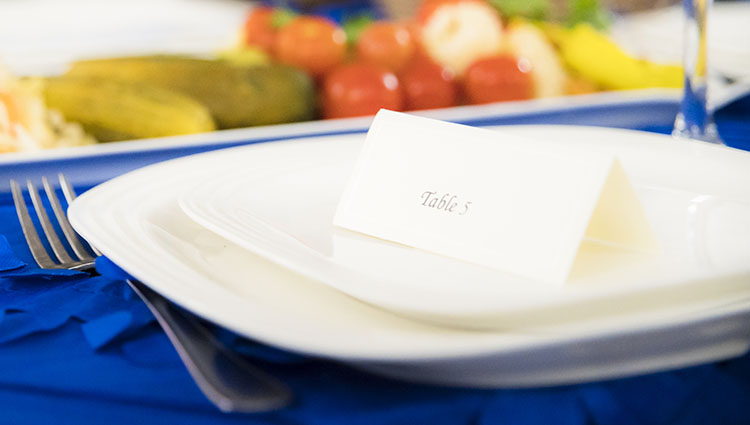 Before I signed the contract for the place where we would have our son’s bar mitzvah, I needed a rough idea of the size of our group so I could let the venue know the number of people we would guarantee. I started a spreadsheet with names of family, friends, and acquaintances: anyone I could think of that we possibly wanted to invite.

I wasn’t concerned that the list was big. It’s a destination bar mitzvah, and the destination isn’t a beach in the Caribbean or the mountains of Colorado or lakeside in Maine; it’s our son’s Jewish overnight camp outside of Waco, TX. An incredibly special place for our family, especially our son, but not a location where most people will be eager to travel. Except for our son’s camp friends who would jump at the chance to spend a weekend at camp, I assume that 40-50 percent of those invited will send regrets.

My family accounted for 20 people. My husband’s extended family is large, and we see all of the cousins in the summer and on Christmas Eve when we visit Vermont. These family members know our son, know he is being raised Jewish and I thought they should be invited to the bar mitzvah. I added 50 people to the list.

By the time I was done, I was at just under 300 people. I reviewed the list with my son. I told him it was preliminary; it would be refined and tweaked over the next year. With a few minor comments, such as, “By the time I have my bar mitzvah I will probably want to invite some girls,” he was OK with what I put together.

Then I went over the list with my husband. “We don’t need to invite my family. Just my parents, sister, her boyfriend and son,” he said.

What?!? The bar mitzvah was a significant milestone in our life. I wanted to invite the entire world to be part of our simcha (joy)! I wanted our family to be part of it. I explained this to my husband.

“They’re not going to come,” he said.

“So what? We can invite them so that they feel included,” I responded.

“They won’t know what a bar mitzvah is.”

“Sammy and I are not the first Jews your family has ever met. They have heard of bar mitzvahs, and if they haven’t, they know Jewish people to ask.”

“They will think that we are asking for gifts.”

“That’s ridiculous. People don’t assume they’re invited to a wedding just so the marrying couple can get a gift. Guests know the hosts want them to be part of the celebration. Plus, we’re going to encourage people to make a donation to a cause Sammy chooses in lieu of gifts.”

“I don’t want to invite them.”

Exasperated by my husband’s response, I said, “I’m calling your parents!” I assumed they’d be more reasonable.

They weren’t. My in-laws’ response was similar. My mother-in-law said she “didn’t even know how to think” of a bar mitzvah. I said to think of it like a wedding. I thought that would help. After all, all of the family members in question were invited to our wedding reception. Still, my mother-in-law insisted on just the immediate family.

I contrasted my husband and his parents’ response to my mother’s. While I was trying to convince my husband and in-laws to include more family, I was telling my mom she couldn’t invite her network of friends in New Jersey.

“I just want a few,” she said. Yeah right, I thought. “I’ll pay for them. I’ll pay for Friday night dinner.”

My answer: None of the grandparents were inviting friends. This event was about family and the people who knew our son well.

I wonder if the difference in approach to celebrating is religious. Certainly, a joyous celebration is a big part of Jewish ritual and culture from blessing the wine on Shabbat to raucous Purim parties to shouts of L’chaim and dancing the hora. But these things aren’t part of Christian celebrations.

Maybe it’s cultural. My husband is a New Englander, and I’m from the less genteel New York Metro area. The difference is probably a combination of both.

I grudgingly accepted my husband and in-laws’ little family guest list. My son did not. He reminded me that the bar mitzvah was about him, and he wanted to invite his Vermont cousins. I put them back on the list in a “maybe” column.

With plenty of planning ahead, we’ll see if father or son wins the battle of the guest list.