Services and the Summertime Quiet 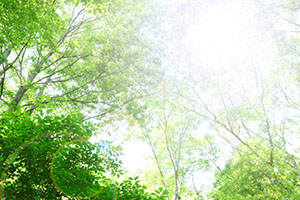 This past week, my family stumbled late into the pizza dinner before one of our local congregation’s children’s Shabbats. It was a rainy, surprisingly chilly Friday in June, and after a week of no school and being relatively cooped up at home, both children felt more than ready to get out of the house and go to services.

When we arrived, we saw three cars in the parking lot, and immediately wondered if we’d come on the wrong date. Ben pulled out his phone and confirmed that a “Pizza Dinner and Children’s Shabbat” was, in fact, listed on the calendar. Inside, a grandfatherly gentleman greeted us in the community hall where at least five tables were set up with silverware, candles, pitchers of water and simple flower arrangements.

But there were no other families! We’ve been to a couple of other dinners at this synagogue, and we’re usually surrounded by noise and chatter. This time, though, our grandfatherly host quickly informed us that most of the younger part of the congregation was away at camp, hence the empty tables.

Empty tables: I’m used to this in the summer time, when Protestant congregations empty out for the summer. Sunday schools close for the long break and families find themselves busier than ever with travel, enjoying outdoor markets or early morning bike rides and are otherwise disengaging from organized religion during the warmer months. Some congregations I have known switch from two Sunday services to one, and many ministers might take extended time off during the summer, filling the pulpit with lay or other guest preachers. Although this picture is by no means true for all congregations, in many of the more liberal pews I’ve sat in, it’s a common scenario.

I’m still learning to what extent this pattern repeats itself in Jewish congregations as well. When I asked Ben a few years ago if synagogues also closed shop for the summer, comparatively speaking, he surprised me by saying “no, they didn’t.” Historically, this pattern makes sense. The majority of America’s Jews have always been city dwellers, rather than farmers or rural folk (and farming characterized the majority of the American populace until remarkably recently). The need to help out at the farm meant that American schools closed over the summer, which in turn affected Sunday schools and the calendar of events in America’s churches, as well.

In terms of the liturgical calendar, of course, nothing in either the Jewish or Christian traditions suggests that congregations should become quieter over the summer. My daughters would tend to agree. However much they might appreciate summer as a time of expanded freedom, they still crave the comfort and familiarity of a weekly routine.

Although we don’t attend services every week at this point in our lives, both girls sense the familiarity that can be found in a mostly-regular routine or ritual. As outgoing, social kids, they enjoy the company of other children and even of the adults they see when we go. Shabbat on Friday nights gives them that comfort, no matter whether the sun is up long past their bedtimes, or down long before.

Does your synagogue scale down in the summertime? What do you think about this phenomenon?