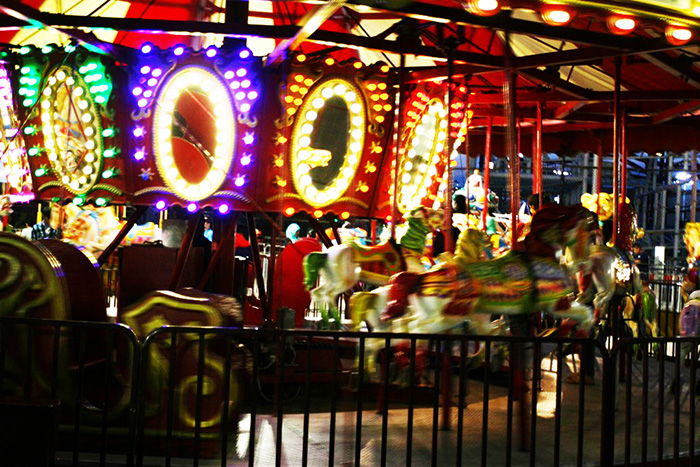 Purim in my neighborhood is an extravaganza. Limousines crowd the streets and rabbles of teenagers run in and out of houses dressed up as the main characters in the Purim story.

A quick summary for those who are not familiar: There is Vashti, who is dethroned by the King Ahasuerus. Then Esther becomes the new Queen after she wins a beauty contest, which she doesn’t even dress up for (she’s THAT beautiful). Mordechai is her cousin (probably equally beautiful) and he figures out that some people are trying to kill the king. Then Haman (the evil one in the story) gets promoted to be the head official by the king, but he hates the Jewish people. Mordechai refuses to bow to Haman and then in turn Haman makes it his life goal to destroy the Jewish people. Mordechai asks Esther for help. She invites the King and Haman to a banquet and when they attend she invites them to a second banquet. At the second banquet she asks the King to have mercy on her people and accuses Haman of his wrongdoings. Haman is then sentenced to death on the very same gallows he had himself made to kill the Jewish people.

The more daring ones in my neighborhood dress as Haman. The more beautiful dress as Esther. Occasionally, a Vashti costume will be thrown into the mix. But most popular are Mordechai and the King.

My partner Adrian and I live three blocks away from my mother with our newborn girl, Helen Rose. Last year, we remembered to call my mother on Purim to heed the warning: “Listen Ma, remember if the doorbell rings don’t answer it. It’s just the kids who like to dance around everyone’s living room to celebrate Purim.”

My mother ignored us as usual.

“Holy cow!” The phone call came from her at 9 p.m. She yelled over the tooting of horns and the rattling of groggers. “The doorbell rang and I thought it was you guys,” she screamed. “Next thing I know there’s about twenty Orthodox Jewish boys dressed as biblical characters dancing around my living room! I gotta go before someone breaks something.” She hung up.

Adrian, who is Mexican-Catholic, asks me, “Is it like Halloween?”

I laugh, “Well sort of but we really put Halloween to shame.” And we do. Forget about goblins and ghouls. We make hamantaschen, triangle-shaped cookies that symbolize Haman’s death. (Haman wore a hat shaped like a triangle.)

“Well, what did you wear for your first Purim?” Adrian enquires. I laugh again and think back.

The first official Purim I celebrated was at the Orthodox Yeshiva I attended as a girl. It was first grade and every girl wanted to go as Esther. It’s like the newest Disney character but she’s thousands of years old. I wanted to be different and I hated wearing dresses even though I had to wear one to school every day. Here was my chance to break out! Instead of going to school dressed as Esther like every other girl I went dressed as the castle.

My mother walked me to The Variety Store on Avenue M and Mr. Miller showed me where the colorful oak tag was. I bought two pieces of hot pink oak tag and punched holes in the top of each piece. Then I used string to tie the pieces together and put them over my head. I drew windows and a door and that was it. I was the castle. It was funny but not as funny as Stephen, a boy in my class, who dressed up as Vashti the banished Queen. I think I saw him on Ru Paul’s Drag Race a few years ago.

“We’re not dressing Helen as a castle,” Adrian says.

Traditionally speaking, the kids in my neighborhood usually only dress up as characters from the Purim story. I suppose we could put Helen in something different and I suggest this to Adrian.

“How about a piece of challah bread?” he asks.

“What?” I say pretending not to hear him.

“Yeah, because that’s not embarrassing at all,” I add.

Trying to explain Purim is not easy. For starters G-d’s name is not mentioned once in the entire book. Does this mean G-d is not present? It actually means the opposite, that G-d is ALWAYS present and for this reason Esther and Mordechai are able to save the Jewish people. Also, there’s the part about the Megillah. The Megillah is the scroll of Esther and tells the Purim story. This scroll is read on the evening Purim begins as well as the next morning. In Midwood, young Orthodox Jewish boys of about 10 and 12 years old stop people on the street to ask:

On my walk to my mother’s house every year I answer, “Yes.”

Then the boys say, “Have you heard the Megillah this year?”

Because I do not attend synagogue on Purim I say no and they ask to read the entire scroll of Esther to me standing on the corner of East 23rd Street and Avenue M.

The scroll of Esther can take some time and there is even a Jewish saying, “It’s like he read the whole Megillah,” referring to how long something can take. But, every year I say, “Yes, boys, please read.”

And this is the most beautiful part of Purim. That two boys who are 10 and 12 years old know it is a good deed to read the story of Esther to a wandering Jew on the streets of Brooklyn. And because they are Yeshiva boys they speed read their Hebrew out loud as if to prove the “whole Megillah” saying wrong.

This year I can’t wait to take the baby on a walk through the streets of Midwood during Purim. I wonder what those boys will say. “Is she Jewish?”

“Has she heard the Megillah this year?”

And because she does not attend synagogue with her mother on Purim I will say no and they will ask to read the entire scroll of Esther to her. Then they will ask, “What will you dress her up as?” and I will smile and say, “Challah bread, we were thinking challah bread…or a hamantaschen cookie.”

Happy Purim, everyone! From the Mexican-American-Jewish-Newborn and her family.