It would surprise a lot of people to find out that I—the least spontaneous person I know—jumped right into the deep end in my relationship. As I mentioned in my last post, our relationship was a whirlwind; a visit home to my family forced us to figure out how serious we were about each other just a month in. But even that did not prepare me for what October would bring.

Less than three months into our long-distance relationship, James went to Japan on vacation with his friends. The night before he left, I told him that we would maybe email once or twice if we had the time—but that I did not expect to continue video chatting him every day until he was back in Ireland. “Get me a keychain,” I said, since I collect them, and left it at that. 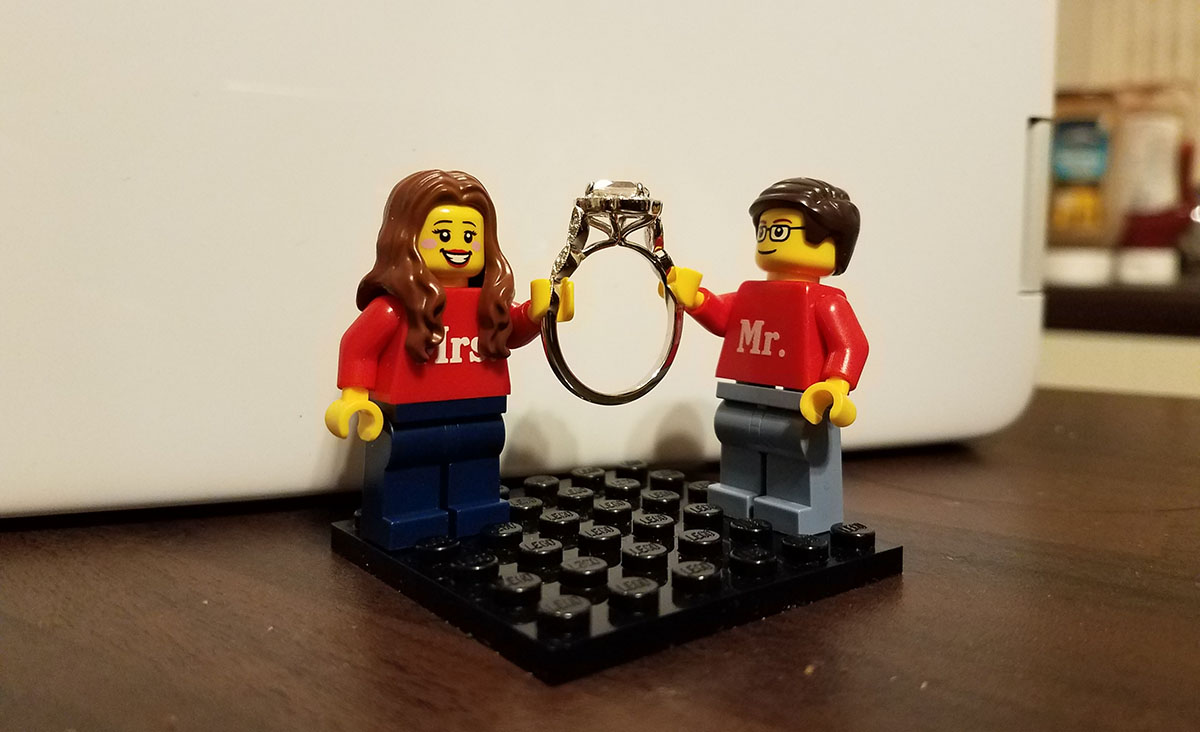 James called me every day. He was 14 hours ahead rather than the usual six, and he still did the math and stayed up late or woke up early so we would have time to talk. We spent at least an hour on a video call every single day, sharing stories and talking about the future we envisioned together. Neither of his friends on the trip knew about us, since it was all so new, and yet he made a point of taking pictures for me and getting me souvenirs. He made me feel included even though I was so far away—and I started thinking that maybe we could go the distance.

Yet, while this was all happening, he was experiencing culture shock. A notoriously picky eater, he found himself struggling to find food. For the first time in his life, he neither looked nor sounded like the majority of people around him, and he had no idea what to do about it. I talked him through it every day; I used his discomfort as a way to teach him about the immigrant experience. And toward the end of his trip, he told me that he never wanted to be that far away from me again—and asked me if I would marry him. I said I would, but only if he asked me again when I visited him in April during my spring break (and his birthday).

In the meantime, I asked him about our hypothetical wedding: Where would we get married? Who would make the guest list? Who would officiate? What would our ceremony be like? Whose traditions (and which ones) would be represented? He, in turn, asked me about kids, about video games we should play together, about places we would like to visit—and about engagement rings.

He told his family about us in December, and I told mine—who had heard about us in August—that we were getting pretty serious. It all still seemed a little dream-like, though, as I counted down the days until my flight and began listing places that I wanted to see during my first trip to Ireland. And then April arrived, and I felt immensely unprepared. I spent the entire eight-plus hour flight wondering what I was going to say to a man I had not seen in person in three years. I rehearsed my greeting the entire time I was in line to go through customs, only to find that James was running late.

The delay didn’t make me any less nervous, especially when he ended up getting lost in the airport and I had to attempt to direct him to me. We had a train to catch, he’d said, so we exchanged the quickest and most awkward of hugs and ran to get a cab to the train station. To say that the atmosphere in that cab was awkward is an understatement, and I was seriously nervous that we’d both made a mistake—and then we realized we’d missed our train. We sat at a café in the train station, sipping some drinks and we tried to catch up. By the time the train arrived, two hours later, we felt so comfortable that I forgot what I had been so worried about.

The next few days were a blur. I met his parents over dinner the next night, along with his brothers, his sister-in-law and his two nephews. We worked to figure out how to share space, how to work around each other’s habits and expectations. We went on a ferry tour of Donegal Bay for his birthday—definitely more a gift for me than for him—and walked around town, enjoying the sights, until we came to an anchor. I was distracted reading the plaque when he disappeared from view, and it took me an embarrassingly long amount of time to realize that he’d disappeared because he was down on one knee.

I don’t remember much from that moment, honestly. I know he asked me to marry him in Spanish (my native language!!!!), and I’m pretty sure I said yes. I know we hugged, and we laughed, and took a selfie next to the anchor before racing to his house to call his mom before anyone from town did. I remember calling our now roommate, who started crying before we even told her, and calling his sister-in-law and hearing her shriek with excitement. We called my family and told his other siblings and crafted our social media posts.

And so we were engaged. We went on a road trip with his sister; we went to the pub with his friends; we spent the weekend in Dublin. He came to a Shabbat service with me on Friday night, and took me to the Trinity College Library so I could get the tour I’d always dreamed about. He walked me to the security line at the airport, held me while I cried, and headed out to catch the bus back home—and I realized, rather belatedly, that things were getting really real and I now had a wedding to plan. An interfaith, intercultural and intercontinental wedding that was only 13 months away.

Stay tuned to hear about that part of our adventure!

Elle is a bilingual educator and doctoral student living in Chicago with her Protestant husband, their agnostic roommate and a sassy cat named Kiwi. A Jew by choice, Elle is passionate about interfaith advocacy, Jewish education and preserving the Ladino language (which she is trying to teach herself). After an intercultural, interfaith, and intercontinental romance, she and her husband are navigating immigration following their May 2018 wedding. They are looking forward to continuing to grow together and building a home that reflects both Irish and Puerto Rican culture so that they may honor their homelands.