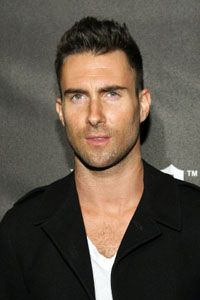 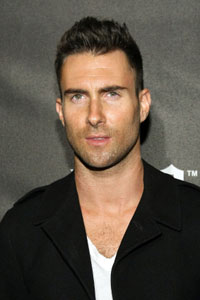 Yesterday I overhead the following conversation between a Jewish mother and her 10-year-old son about the recent engagement of Maroon 5 frontman Adam Levine:

Mom: Did you hear that Adam Levine just got engaged to a shiksa?*

Mom: That’s right. I’m so proud of you for knowing that. And since she’s not Jewish, his kids will be goyim.*

Compare that conversation with the following, which I read just a few hours later on Jewishjournal.com:

Now, I have never met Adam Levine or Behati Prinsloo, and I don’t know much about either of them. But I do know that all too often when interfaith couples get engaged I hear conversations like the one I quoted above between the mother and her son—conversations disparaging the couple and their relationship.

I think that if we in the Jewish community continue to speak like that—to insult people who marry out of the faith by using derogatory terms and referring to their marriage as a sin—then it’s unlikely that they will want to become part of the Jewish community and to raise children that they may have as Jews. Like the Jewish Journal, I would rather wish these couples well. Rather than treating interfaith marriage as a threat, isn’t it better to treat it as an opportunity for the Jewish people to grow, evolve and thrive?

Would I like to see Adam Levine and every other Jewish man out there marry a Jewish woman? Sure I would. But that’s not always the way things work. And the fact is that Adam Levine didn’t ask me who he should marry—nor have any of the Jewish men at whose interfaith wedding ceremonies I have officiated. Instead, they’ve come to me already in love, asking me to officiate at their wedding ceremonies—asking me, in essence, to accept their choices and to be welcoming toward the women with whom they have fallen in love and chosen to spend the rest of their lives. I’m honored to be approached by these couples, and I embrace the opportunity not just to bless their unions but also to teach them about Judaism and to serve as a welcoming representative of the Jewish religion and the Jewish people.

I hope that the two of you will have honest conversations about the role religion plays in your lives, even if it isn’t always easy. And if you have children, I hope that you will seriously explore the option of raising them as Jews. For now, know that we here at InterfaithFamily, and many people in the Jewish community, are happy for you and we would love to welcome both of you into our midst.

*The terms shiksa (woman who is not Jewish) and goyim (people who are not Jewish) are sometimes, as in the case of this conversation, used by Jews in a pejorative manner.

** After I came home and Googled Adam Levine, I learned that his father and maternal grandfather were Jewish and he considers himself Jewish, but his mother is not Jewish. This means that according to traditional Jewish law, which requires that the mother be Jewish in order for the child to be Jewish, Adam isn’t Jewish. So while I, as a Reform Jew, accept the idea of patrilineal descent and I recognize him as Jewish, ironically, the woman having the conversation with her son would not even consider Adam to be Jewish if she were aware of his lineage.

Weddings for the Interfaith Couple