I Never Thought I’d Be That Kind of Parent 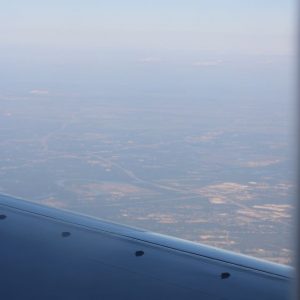 As I gazed out the airplane window on our flight between Dallas and Houston, I thought about my parenting choices. Specifically, my decision to allow my son to skip the first night of Passover for a sporting event. I never thought I’d be that kind of parent. Judaism and its continuation were too important to me.

As the Jewish half of an interfaith couple, I’d always taken the responsibility of Jewish identity building seriously and my husband supported me every step of the way for almost a dozen years. We practiced Shabbat weekly. Celebrated Rosh Hashanah over two days with a dinner, service, tashlich and another meal. Observed Yom Kippur with Kol Nidre dinner followed by services and break fast the next day. Honored Sukkot, Tu BiShvat, Purim, and Hanukkah with holiday foods and festivities. Marked the exodus from Egypt at two Passover seders, one at a friend’s and another at our house.

The marking of Jewish time through holiday celebrations has been a big part of our life, and we found a way to evolve our observances as our son grew from an infant to a toddler to a grade schooler, so they remained relevant and balanced our Jewishness with our secular life. But now that our son was in middle school, and in the early stages of puberty, there seemed to be an increasing amount of flexibility required to live Jewishly and be engaged in the secular, non-Jewish world.

During football season, our Shabbat practice has been modified so we can mark the end of the week and go to the Friday night football game at our son’s school. Our Rosh Hashanah observance has been adapted to minimize the amount of school missed and allow for enough time to complete homework. I’ve gladly modified many of our other rituals and practice so that our son could see that practicing Judaism was compatible with non-Jewish life and his American identity.

From the beginning of our Jewish journey as an interfaith family, my husband and my goal has been to make Judaism fun and relevant so that our son chooses to practice it in adulthood out of love and connection, not obligation. We’ve never wanted him to resent being Jewish. And that’s why we were flying to Houston for the Texas State Age Group Championships for water polo instead of sitting at our friend’s seder table. 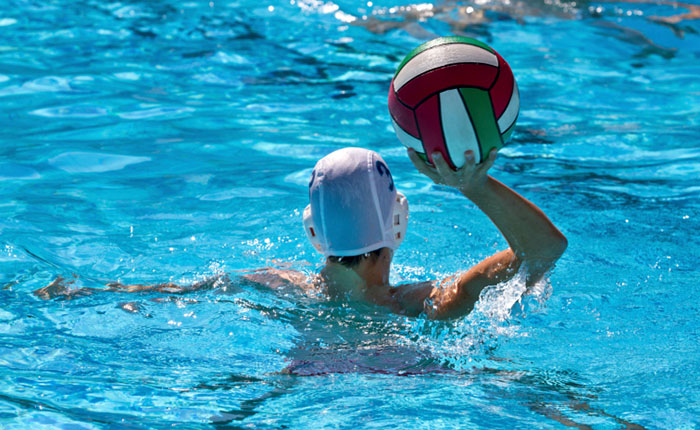 Our son has been playing water polo for a year on his school’s sixth grade and under team. Over the past 12 months, he’s improved enough that he is now a starter. This year, the team is undefeated, having won every game in the North Texas League in the fall, winter and spring seasons and every non-league tournament they’ve played. When he was selected by his coach to go with the team to the state tournament, it seemed particularly cruel to make him stay home because it conflicted with Passover. He and his team had worked so hard to get so far. We were not going to make this a Sandy Koufax moment. Instead, I said I’d find a way to adapt our observance.

When we reached our destination, we had a non-traditional holiday meal at a Mediterranean restaurant. I asked that we all eat Passover-friendly food in honor of the holiday even though it meant forgoing the fresh baked pita that looked delicious. While we ate, we each shared our thoughts on freedom.

I have no idea if the choices we’re making are showing our son how he can embrace his heritage in a way that is compatible with his secular life or if the message he is getting is that practicing Judaism isn’t that important. Maybe in years to come he will forgo Jewish observance because it doesn’t fit neatly into his schedule, or maybe he will have the tools and creativity to find a way to engage in Jewish ritual even when faced with competing items on his calendar.

As with so many things in parenting, I wish I had a crystal ball that could show me the future. Since I don’t, I need to go with my gut instinct which tells me that making choices that will make our son resent being Jewish is not the answer. I hope my gut is right.