How Do We Talk About Hate as a Family? 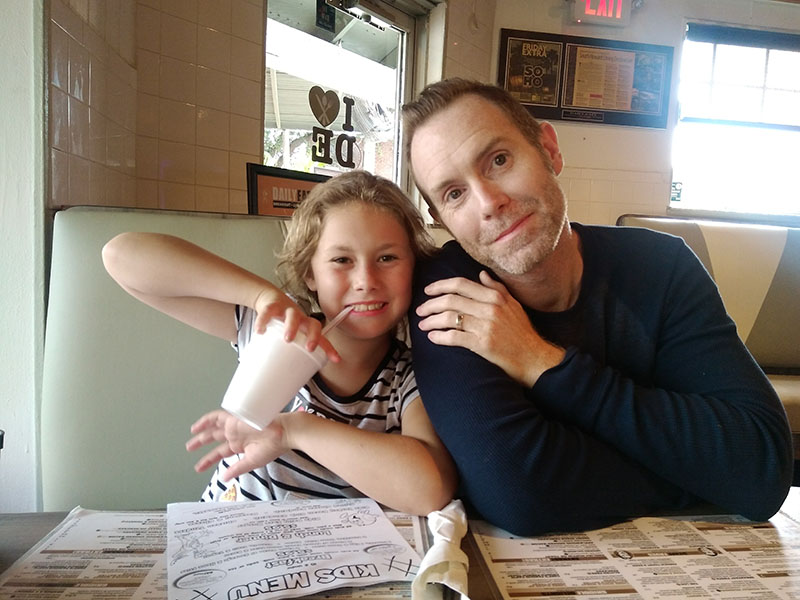 A couple of weeks ago, as we were going to sleep, my husband said, “I’m sorry there are people out there who don’t like you because of your religion.” I have to say, I was a little startled by the comment, though it was appreciated.

As a Conservative Jewish person growing up in a small town, I’ve always known there was anti-Semitism out there. If not overtly, then just this sense of being “other.” But marrying someone who is not Jewish, and raising a Jewish daughter together, gives me a new perspective.

Several years ago, there was a hate crime on a college campus. It was apparent to me that it was a hate crime, but my husband wasn’t sure. He thought it was horrible, but maybe just a college kid’s prank. We fought about it and likely came to some agreement, but I was surprised by his views. He had a different world view. Not because he’s unaware or ignorant—he’s one of the most intelligent and well-read people I know—but because 1. It’s something he hasn’t experienced and 2. He just could not believe someone would feel and act so hateful.

Fast forward a couple years and someone made a Jewish “joke” in front of me. Again, he was floored and outraged. This time, not quite so shocked.

Fast forward again to today’s political and social climate and sadly the shock is gone, but the outrage is still there, and has grown. 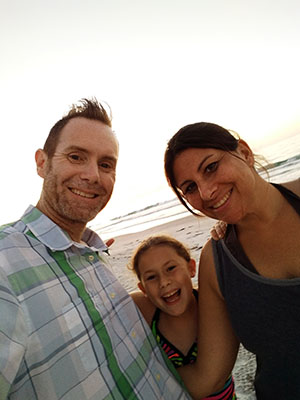 What does that mean for our daughter, who is being raised Jewish and in the religion her father grew up with?

She’s 9 now and for years I never talked to her about racism of any kind. I didn’t want her to see it or know that it exists. But in Kindergarten, she had an African American teacher. I happened to be volunteering in the class on MLK Day and listened as the teacher explained the importance of the day to the kids. They listened and I listened and I was so glad to have her perspective and hear how she so freely and frankly explained why Dr. King is important.

Still, it took a while before I explained the Holocaust. Again, I didn’t want to introduce the ideas. But eventually we did talk about it and she accepted what had happened as children do.

But hate is more apparent today than ever in my memory, so how do we talk about it? We are still figuring it out, but here’s what we do.

First, we don’t let our daughter watch the news. It’s horrific and scary and not meant for a 9-year-old. We do talk to her about it as much as we feel is appropriate for her age and maturity.

Second, we use this as a learning tool. We talk about our own beliefs in respecting everyone’s religion and ethnicity.

Third, we stress the importance of multiculturalism and just how cool it is to know people of different backgrounds.

And no matter what, we support each other 150 percent. It’s a given that my husband stands against hate and prejudice of any kind—he would regardless of whether he was married to a Jewish woman—but this hits closer to home because of our marriage.

Perhaps most important, we keep the lines of communication open. We answer questions and are always available for discussion. And we don’t tolerate hate or prejudice of any kind.

Shouldn’t that be a given for all?

Elizabeth Freid Vocke is married with one daughter and one rescue dog, Chloe. She is a full-time mother, writer and founder/chief strategist of marketing communications firm, Evoke Strategy, which she runs with her husband. Elizabeth enjoys reading, writing, playing tennis and most of all, setting all that aside to spend time with her family.