My parents, who are both Jewish, were married in the 1970s. In the year they took their vows, only 36 percent of the Jewish respondents in a 2013 Pew Research Center survey had married spouses who were not Jewish. By 2005, the year I was married, that number had climbed to almost 60 percent. Now, as the children of this recent boom in interfaith marriages begin to explore their Judaic roots and, consequently, synagogues prepare to experience an influx of interfaith families, many Jewish communities are entering uncharted territory, endeavoring to preserve a tradition that is thousands of years old while accepting the realities of our modern time—a reality they must embrace if Judaism is to have a future. 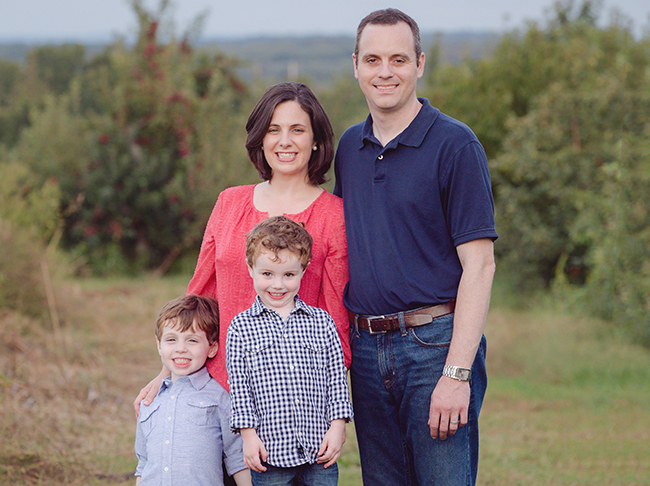 I am a part of that reality. My husband and I met when we were in the ninth grade. By the time we left for college (at schools 1,000 miles apart), we had been a couple for over a year and we had every intention of staying that way. Our families were, for the most part, supportive of our relationship. But every so often they would remind us—sometimes subtly, sometimes not so subtly—that despite our many similarities, there was one defining difference.

I was raised in a Jewish home. My husband was brought up in an Episcopalian family. Yet at age 17, this didn’t even register as a concern for us. My husband knew even then that someday I intended to raise my children Jewish. It was never a point of contention. He was fine with it. I was fine with it. What was the problem? A challenge was maintaining a long-distance relationship in the age before cell phones and Skype. Being an interfaith couple at the dawn of the new millennium was no big deal, right? 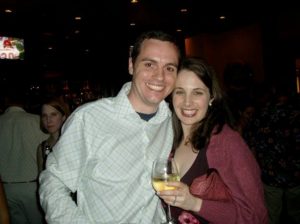 Perhaps the writing was on the wall as we sat, eight years later and newly engaged, listening to my childhood rabbi patiently explain why he could not marry us. I was incensed. Was he for real? Did he not hear us say that we were intending to raise our children Jewish? Wasn’t that the important thing?

We were married in a civil ceremony by a Jewish judge who could perform all the rituals that mattered to me. We could still have the chuppah and the wine and the smashed glass. But the refusal stuck with me all the same. Already I felt the weight of our interfaith union.

Our early married years were uncomplicated by religious concerns. We celebrated holidays with both families, with Christmas dinners and Passover seders alike. But new challenges were on the horizon as we prepared for the birth of our first child.

After our son was born, we planned a Jewish naming ceremony, hung the decorative certificate bearing his Hebrew name on the nursery wall and then spent the next three years mostly teaching him to walk and talk and eat with a spoon. Religion took a back seat to sleep training—the only prayer in our house was for a full night’s rest.

It wasn’t until our second son was born and we enrolled our older child in a Jewish preschool that our interfaith parenting experiment began in earnest. I was delighted as our 3-year-old came home reciting Shabbat prayers, recounting the story of Hanukkah and asking to bake hamantaschen—all cultural hallmarks of my Jewish upbringing—but I also began to worry that my husband would feel left out. These things were not part of his childhood memories. How would he connect with our children and help them to form their Jewish identities when he had not experienced that himself? How could he feel comfortable in a community where he did not share in the collective subconscious?

These are the struggles of many of us who are parenting Jewish children as interfaith couples. Our journey is an ongoing series of tough questions and difficult answers. Often, we have no model to emulate, no map to follow. We are making up the rules as we go along.

I found the answers to those lofty existential questions in a surprising place. While attending an event at our local JCC, I enrolled my children in a program called PJ Library, which sends free Jewish books to children across the United States and Canada each month. Reading the books we receive monthly is such a simple thing, but the impact has been profound.

As my husband started sharing these stories with our sons at bedtime each night, he began to learn—right alongside our children—about Jewish holidays and celebrations; Hebrew words and Yiddish phrases; prayers and rituals and traditions. He discovered latkes and matzo balls and yes, hamantaschen. He started teaching our children about tzedakah, about doing a mitzvah and being a mensch—concepts so central and important in Jewish parenting. He is proud to be raising Jewish children and he is proud of the role he is playing in their spiritual upbringing.

I don’t mean to suggest that we have solved all our interfaith parenting challenges with a collection of bedtime stories. For example, we recently decided to suspend our attendance at my in-laws’ Christmas celebrations after our 5-year-old, excited about his burgeoning Jewish identity, expressed confusion about his place there. Needless to say, we were not the most popular family members that year. 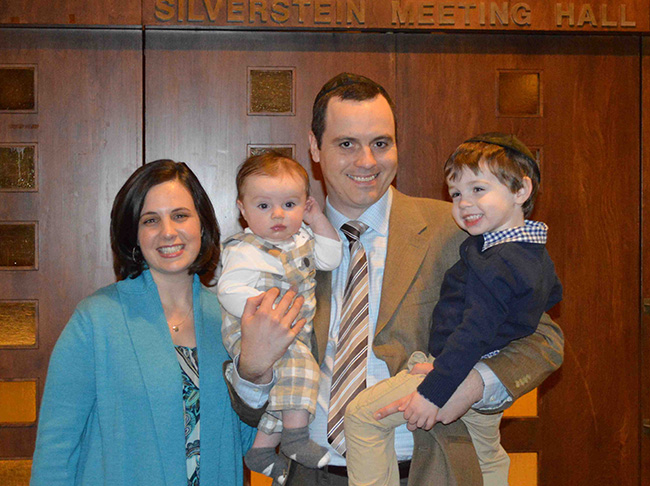 However, according to a new participant survey from PJ Library, a majority of families like mine are finding help and support from the program in raising their children grounded in Jewish traditions. Three years and dozens of books later, PJ Library continues to provide my husband with a platform of knowledge, a fine substitute for those roots he lacked having not been raised Jewish. It gives him the vocabulary he needs to play an active role in our children’s religious education, and it allows him to feel more comfortable within our synagogue community where he participates confidently and often. We laugh when other members are surprised to find out that my husband is not actually Jewish. We are glad to be forging a path for the growing number of interfaith families in our community, and we are proud to be shaping a more introspective, responsive Judaism for this new era.

Shawna Gale is a blogger, wife and mother of two young boys living in Glastonbury, CT. Her website, www.outandaboutmom.com helps local parents find fun activities to do with their children. Shawna is an active member of her synagogue community.