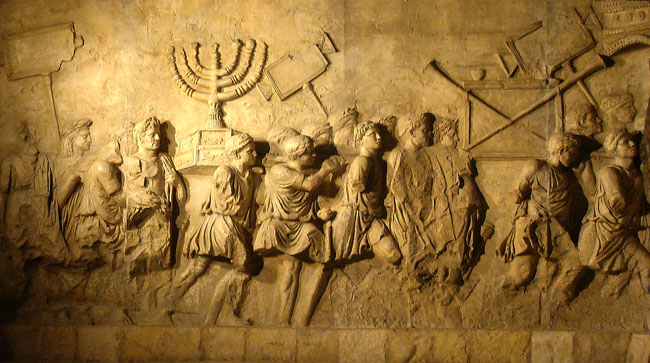 Is it the spirit of the law or the letter of the law that counts the most?

“Your kids aren’t Jewish because your wife is not Jewish,” my friend said to me over coffee recently. I laughed so hard that my coffee spilled. “What’s so funny?” she asked.

“I know that you totally did not mean for that to come across as offensive.” I said, “But that is EXACTLY the kind of thing that we are trying to teach people not to say. InterfaithFamily wants to help build welcoming and inclusive Jewish communities and saying something like what you just said, for many people, is offensive.”

There are many times in one’s life that a person might find himself doing something without asking the question, “Why am I doing this?” One of the most divisive rabbinic rulings that is adhered to by various Jewish movements is that the religion of a baby is determined by the religion of the mother, not the father. So if a person is intermarried (as over 50 percent of the American Jewish population is), and they want their child to be recognized as Jewish to people within these movements, according to halacha—traditional Jewish law—it is the religion of the mother that “matters.”  There are other views, such as the Reform movement, that recognizes a child as being Jewish if either parent is Jewish and the child is being raised Jewish (often referred to as patrilineal descent).

One of the most interesting aspects of the origin of religious descent is that originally in the Torah (the centerpiece and master story of the Jewish people), the religion of the offspring was determined by patriarchal descent, not matriarchal. There was a change around 2,000 years ago, many scholars found, that was based on the very tragic circumstances the Jewish people were facing. Jews were being wiped out by the Roman Empire in the 1st Century. The victimization and rape of Jewish women by Roman soldiers was not an uncommon occurrence.

There was no genetic testing back then, of course, and since the Jewish people were facing extinction, the rabbis rightfully decreed that the only parental origin that “mattered” for determining the religion of the baby was the religion of the mother. This law, which is still practiced by many Jewish communities today, had a very practical design.

But as Bob Dylan would say, “The times they are a-changin’.” It is true that there is still horrific “ethnic cleansing” that goes on around the world, such as in Bosnia and Darfur. But the problem that Jews were facing 2,000 years ago is, thankfully, no longer a common occurrence or threat. The law that once was helpful is no longer necessary.

When my son was born, my wife and I decided to have a bris and our search began to find a mohel that was willing to perform this ritual ceremony on a child from an interfaith marriage. At that time, f the mother was Jewish, it was much easier. Because I was the Jewish parent, many of the mohels we spoke to would only perform the ceremony if my wife and son wen to the mikveh together. “So what’s the big deal?” I ignorantly asked. “It will be fun to go to the mikveh.” Sounded simple enough from an unaware Jewish dad’s perspective. (By the way, if you are looking for clergy to help with a birth ceremony for your interfaith family, we are here to help—just visit 18doors.org/find-a-rabbi/)

My wife was not too excited about this idea. Her initial reaction was, “Who are we trying to please?” or in other words “Why?”

Our kids are brought up Jewish in a Jewish house with mezuzahs on the doors. They attend Hebrew school and we celebrate Shabbat in our own meaningful way. And to us, right now, that is enough.

If you have questions about a bris or baby naming for an interfaith family, check out our baby naming booklet that you might find helpful. And please send me your stories (josht@18doors.org), I would love to hear about your experiences as I continue this series of Halachah Unplugged.