Ending the Year with Another Celebrity Intermarriage 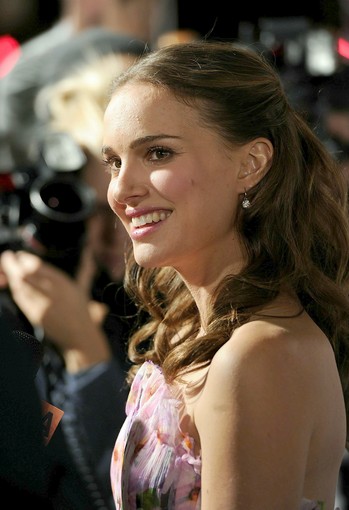 News broke today that actress Natalie Portman, just nominated for a [url=http://www.goldenglobes.org/blog/2010/12/the-68th-annual-golden-globe-awards-nominations/:2rus2hdj]Golden Globes[/url] Best Actress award for her starring role in [url=http://en.wikipedia.org/wiki/Black_Swan_%28film%29]Black Swan[/url], is pregnant and engaged to Benjamin Millipied. We found out in a blog post from our friend Rabbi Jason Miller, who asks, [url=http://blog.rabbijason.com/2010/12/is-benjamin-millipied-jewish.html?utm_source=feedburner&utm_medium=feed&utm_campaign=Feed%3A+RabbiJason+%28Rabbi+Jason%27s+Blog++%28Rabbi+Jason+Miller%29%29]Is Benjamin Millipied Jewish?[/url] I haven’t seen a definitive answer to that question; if Rabbi Jason is correct that Mr. Millipied is not Jewish, then this could be the next celebrity intermarriage to get a lot of attention.

It’s an interesting way to end a year that saw perhaps the most popular interest in any intermarriage ever, that of [url=http://www.interfaithfamily.com/smf/index.php?article=3847.0]Chelsea Clinton and Marc Mezvinsky[/url], and intimations that another intermarriage that will attract tremendous public interest may be coming, for [url=http://www.interfaithfamily.com/smf/index.php?article=3898.0]Mark Zuckerberg and Priscilla Chan[/url].

For me the importance of these weddings and relationships is that if the couple makes Jewish choices, that may influence many of the non-celebrity, regular folks couples to think about doing that themselves. So I was glad to read an [url=http://abcnews.go.com/Entertainment/natalie-portman-pregnant-engaged-benjamin-millepied/story?id=12485053]ABC News report[/url] on an earlier interview where Portman said “A priority for me is definitely that I’d like to raise my kids Jewish.” I’ve been a fan of Israeli-born Portman for a long time, and recall other interviews where she has discussed her Jewish involvement. Whether it turns out this is or isn’t an intermarriage, we’ll send her and her fiancé an early Mazel Tov!