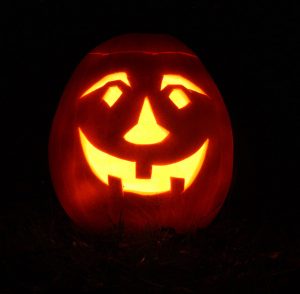 I didn’t intend to write a post-Hallowen blog. To be honest, Halloween isn’t something that is big in my family. I’m not a costume or candy person, and neither is my husband. While our son Sammy enjoys trick-or-treating in our neighborhood, it isn’t something that he wants to do every year.

This year we weren’t home for the holiday. We took Sammy to Legoland for a belated birthday celebration. As we relaxed at the hotel on Halloween night, I posted on Facebook pictures of the Shabbat set we built from the box of bricks in our room and scrolled through pictures of my friends’ children in costumes.

As I gazed at princesses and zombies, I came across a post by a non-Orthodox rabbi that a friend had commented on. It was a Halloween put-down. It griped about the overly commercialized pagan holiday that encourages children to play tricks on others and eat too much candy. It suggested that costumes be saved for the “truly fun holiday” of Purim.

Some friends of the post’s author shared his distaste for trick-or-treating. They said celebrating Halloween sent a confusing message to Jewish children since it wasn’t a Jewish holiday. That participating in such celebrations blurred the lines of who Jews were and what they stood for and contributed to the increased weakening of Jewish identity.

Really? I’m certain that Sammy has never been confused about his religious identity because we celebrate Halloween. He has never asked if we’re pagans instead of Jews or mistaken Halloween for a Jewish holiday. Like most people, he sees Halloween as an American tradition just like Thanksgiving. The more I read the comments from the Jewish anti-Halloween crusaders, the more I realized how out of touch some of these communal leaders were with the reality of Jewish life in America today.

According to the 2013 Pew report, many non-orthodox Jews now identify as Jews of no religion. They feel a cultural connection to Judaism but have few ties to Jewish organizations. They are Jews of the world–assimilated and cosmopolitan in their thinking and lifestyle. To reach them, they need to be met where they are–in secular life.

Demonizing a holiday that most American Jews view as a harmless, secular observance that enables children to dress up and have fun is not meeting them where they are. Nor is it the way to strengthen the ties of the loosely affiliated or bring Jews with a weak connection back to the faith. Anti-Halloween rhetoric is simply tone deaf.

I state in From Generation to Generation that we need to help all Jews–inmarried and intermarried, affiliated and unaffiliated–answer the question why be Jewish. We can do this by using opportunities presented by the secular and non-Jewish to demonstrate how Judaism is part of this world, not separate from it. Concerning Halloween, we can show families and children how Jewish values and traditions are mirrored in the holiday.

We can highlight the similarities between Halloween and Purim: both are joyous holidays that share a tradition of dressing in costumes, giving gifts of food (mishloach manot) and charity. We can discuss how collecting for UNICEF or donating Halloween candy to charities that help families in need is an act of tzedakah.

We can encourage people to celebrate their Jewish-Americanness by adding some Halloween fun to their Shabbat celebrations–enjoy challah stuffed with candy or a costume party Shabbat. And we can remind families that greeting their neighbors as their children go house-to-house or as they distribute candy is honoring the Jewish principle of loving thy neighbor (Leviticus 19:18 and 19:34).

These kinds of things make Judaism more accessible to modern American Jews because they help them see that they can embrace aspects of Jewish faith and culture regardless of affiliation, marriage partner or belief in God. On the other hand, loud and proud opposition to Halloween focuses on maintaining strict boundaries between Judaism and the secular world.

Jews who view themselves as Jews of the world are not interested in this kind of boundary maintenance. They want to have their candy corns and eat them too. Therefore, the drumbeat of the anti-Halloween crowd will likely do as much to strengthen people’s ties to Judaism as intermarriage prevention efforts have done to increase inmarriage and engagement.

Now that Halloween is over, the debate may have died down, but it will soon be back as the anti-Halloweeners turn their attention toward Hanukkah and Christmas. Their rants about the commercialization and inflation of Hanukkah, the syncretism of Hanukkah bushes and menorah trees, and the participation by Jews in any Christmas tradition is coming to your Twitter and Facebook feed. So, grab a gingerbread latte and read their holiday diatribes while you enjoy a little holiday cheer.