The Struggle to Tolerate the Intolerant… One Parent’s View

I heard someone say, “I hate the xxxx people. They are so intolerant.” I thought this was a very hypocritical statement and it was very… well, intolerant. You can insert any extremist group for xxxx, but the person seemed to think that they were very progressive and open minded in their thinking. 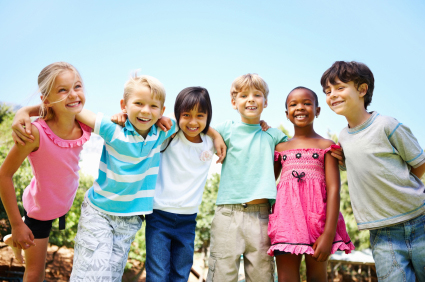 I thought otherwise. I have struggled with this concept for months: I don’t want to be intolerant of people who are themselves intolerant because then I would be a hypocrite.

I try to teach my children to set high standards in order to do their best. Somehow, the implication of trying to attain high standards implies that other people have low standards. Who hasn’t heard the argument, “Well Joey gets to watch TV all day,” followed by, “I‘m not Joey’s parent!” I don’t want to insult or second-guess the judgment of another parent. I try not to criticize other people because, for all I know, maybe Joey doesn’t watch TV all day or his parents are not home when Joey watches TV. In the heat of the moment, it is difficult not to imply that we think we are better than others. However, as a parent, it is important to instill respect and acceptance of others.

For example, during the most recent election, I tried to teach my kids how lucky we are that we can vote for our president without fear. I punctuated the conversation by saying that in some countries, women aren’t allowed to vote. The kids were surprised and asked which countries and why. We have friends of many nationalities and I dodged the question because I didn’t want to create any inadvertent prejudice. My son’s good friend is Muslim and I didn’t want to get into a discussion about religious influence on politics in some countries.

While I don’t want to be a hypocrite, there are times when striving to be the best that we can be may come across as a little condescending. The crux of it is, as long as we are aware of where the line of tolerance is, we are doing the best we can. None of us can be “politically correct” all of the time, but as long as we are trying to be sensitive, that’s a very good first step.

In the Jewish community, there is often scorn or lack of respect toward intermarried couples. We need to embrace the different choices people make (even if we would choose differently) and encourage intermarried Jews to keep a piece of their Jewish identity. As Jews, if we are welcoming to the person of a different faith, they will likely gain additional respect for their spouse’s Jewish identity. Jewish people should treat all individuals regardless of their religion or background with chesed — kindness. We will all sleep a bit better knowing that we have been kind and respectful to others.