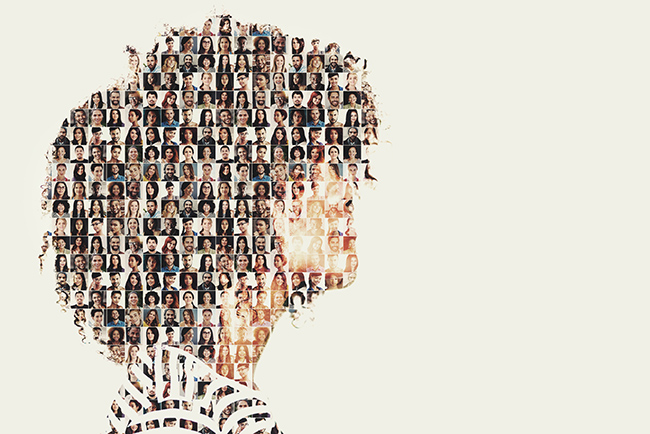 I recently got introduced to a children’s book called Zero by Kathryn Otoshi. It’s a book aimed at preschoolers, but adults will also love it. In the book, Zero feels left out of the counting that all the other numbers get to do. They have value as counted numbers, but Zero doesn’t. She tries to impress those numbers with little success and even tries to look like them. Zero then realizes that she can convince the other numbers that if they add her on, they will count as a higher number. With Zero, they became 10, 20, 30, 100 and more. After reading this book, my kids and I were prompted to a discussion about how it feels to be left out and how sometimes we want to dress like someone else or act like someone else to fit in.

As the story of Zero unfolded, my interfaith family inclusion buzzer went right off! (This happens to me quite often.) It reminded me of a talk I heard earlier this year at Temple Sholom that was sponsored by A Wider Bridge. The talk was given by the leaders of The Aguda, an Israeli National LGBT Task Force. They shared about a tour they did in LA of one of the largest LGBTQ agencies in the world. When they asked an agency executive about where their work would be headed in the next 10 or 15 years, the executive responded that maybe they can work themselves out of a job in the decades to come. The Aguda leaders thought this was a sad answer because they believe it will take years to win legal equal rights across all areas that touch LGBTQ people in America and internationally. It might take just as long to bring about cultural acceptance including ending homophobic and transphobic discrimination. The Aguda leaders hope that when that day comes, there would be many more agencies and organizations devoted to LGBTQ people because communities around the globe would feel incomplete without the overt contributions that queer people would bring. In other words, queer people and their varied lenses of life would add essential value to leadership positions, boards and councils in all professions.

To me, the same is true when it comes to interfaith family inclusion in Jewish life. Congregations need to find ways to support couples around lifecycle events, especially weddings. They may also need to translate Hebrew so that people reading their website or sitting in services will have a more meaningful experience. Classes should be offered so that people who need a refresher or a first-time explanation have ways to learn. Rabbis need to share stories during family Shabbat gatherings that represent same-sex parents, single parents, interfaith families, gender non-confirming children and racially diverse families.

Congregations should look at membership forms, school enrollment materials and written ritual policy statements to make sure they are inclusive and sensitive. It will go far when congregants acknowledge the gift a parent who didn’t grow up with Judaism is giving to help raise children with Judaism. It is wonderful when the parent who isn’t Jewish can be referred to in the positive (rather than just “non-Jew,”) as someone who is Christian, Buddhist, Hindu, atheist, secular and so forth, along with the other parts of their identity like activist, volunteer, their profession, etc.

For families like mine, where both partners are Jewish, and for Jewish professionals, the main lesson from Zero is that we need to realize people from different backgrounds in our communities enrich our expression of Judaism. Inclusion of people who didn’t grow up with Judaism should be seen as equal to those of us who did grow up with Judaism, and the gazillions of complicated amalgamations in between help us all count more. A diverse community adds energy, creativity, beauty and depth to this ancient and always dynamic civilization of Judaism.

Thank you to Zero for reminding me of this sacred goal.