The Religious Identity of an Interfaith Home is a Journey, Not a Destination 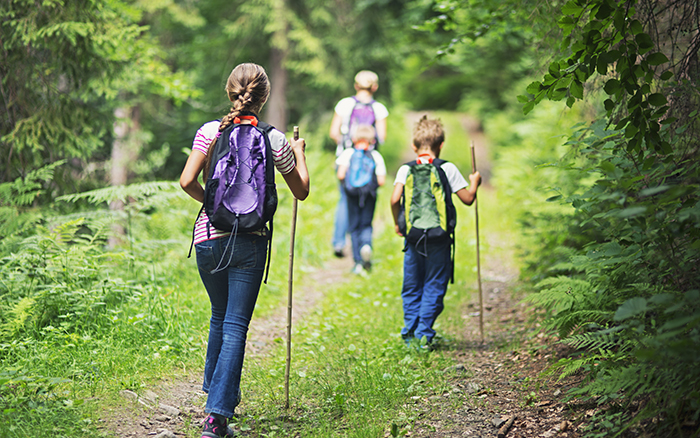 Up until recently, I thought the hardest part of navigating life as an interfaith family was determining the religious identity of the home. After all, that’s where 99.9 percent of the angst within the Jewish community lies and therefore, almost 100 percent of the community’s engagement efforts are focused. The idea that many in the Jewish community adhere to is to get couples to a decision point, and hopefully, have them choose Judaism, and then nurture the Jewish choices of couples in a way that helps them to create a “Jewish home.”

But in my recent experience working with other interfaith families in my community of Dallas, I’ve realized that our intense focus on the religious choices of young couples and families has us all but ignoring the challenges and struggles of older couples and families. Especially for the couples that have actively chosen to the be part of the Jewish community, raise Jewish children and/or affiliate with a synagogue or other Jewish spiritual group such as a minyan, we figure that they’ve got this. The religion decision has been made; the family is Jewishly active; our work is done. Not so much.

For my husband and me, our son’s upcoming bar mitzvah has suddenly brought up big religious questions that have, at times, left me feeling a similar uncertainty I experienced in the early part of our relationship. In the months since I wrote about this somewhat surprising experience in my blog post, I’ve made peace with the uncertainty because we’ve seemed to have settled some of the questions. My husband will not convert before the big day and to date, feels 100 percent included in the process. How he will feel the day of the event or post-ceremony is impossible to predict, but I look forward to hearing what he expresses.

We’ve navigated the disquiet on our own. I’ve occasionally mentioned my uneasiness or questions to a close friend, but have otherwise not spoken to anyone about it. I know that I could have raised the issues with a clergy member at my synagogue or the rabbi officiating at my son’s bar mitzvah, but I haven’t felt like we needed professional guidance. However, I have been thinking about how nice it might have been to have a forum to share our questions and experiences with other interfaith couples in the same life stage as us and hear from intermarried couples who recently celebrated a b’nai mitzvah, about their experiences. Essentially, I’d like to know if is this uncertainty is unique to my relationship or if other couples like my husband and me have had similar questions.

I’ve also had my eyes opened to the lack of professional support for older couples and families. I serve as the engagement director at my synagogue where I work with the interfaith dating and interfaith married couples. I recently organized a panel discussion for interfaith couples that are struggling with the religion decision. It consisted of two newly married couples who worked through the issue of religion in the home and a couple with elementary and middle school age children who have also worked through challenges of religious identity. The program was well attended by the target audience—dating, engaged or married young adult couples.

There were also several empty nesters. I wondered what these partners, who raised Jewish children in the context of an interfaith home, were doing at the program. They had Jewishly identifying college students or adult kids. They could be on the panel.

As I listened to the discussion during the question and answer period, I heard two of the empty nest couples say, “Just because you make a decision doesn’t mean that religious issues go away. The issues just change.” I thought, “Of course, they do.” I wrote about how dynamic the religious life of an interfaith family is in my book From Generation to Generation, pointing out that religious identity is often referred to as a journey for a reason—because it evolves as we age and move through different stages of life. How did I forget my words?

One couple shared that they are thinking about religion in the context of end-of-life issues. Another partner, a dedicated synagogue volunteer, mentioned that she is reconnecting with her Christianity now that one son is in college and the other has graduated, and she is struggling with how to incorporate her renewed interest in her faith into her marriage and Jewish family. A man admitted that, after 30 years of marriage and synagogue membership, he and his wife from another background “still haven’t figured it out.” Everyone said that they would appreciate a group for couples like themselves to talk about the religious issues that they are navigating in their lives.

For me, their request was a call to action. I’m now helping these partners form a small group. I’m in the process of reaching out to over 100 other interfaith couples in our congregation who are in a similar life stage to see if they are experiencing these challenges and if they would be interested in being part of a small group with their peers who are navigating a similar road.

My personal experiences have always been my best material for writing and supporting other interfaith couples and families. Based on my need for community right now, I’m already thinking about how my congregation can create a forum for interfaith couples navigating the b’nai mitzvah cycle to connect with each other, discuss issues and find support through shared experience.

Focusing on young couples and families, and the choice of a religious identity for a home are absolutely critical for facilitating healthy religious discussions and engaging those who are intermarried in Jewish life. But we can’t be myopic and assume that once an interfaith couple makes a religion decision that our work is done. We must provide support for our couples, families and children through the various stages of life, just as we do for those who are intermarried because the religious identity of a home is a journey, not a destination.