Surprise! It's a Rabbi!

In the days after our engagement, we began to imagine our wedding. I had thought about a possible future wedding many times in the past, but the realness of that imagined wedding became heightened by our official engagement. Distant ideas like, “getting married outside might be nice,” were suddenly translated into Google searches for “outdoor wedding venues.” One of the first questions we asked ourselves was, “Who do we want to officiate?” I was actually surprised by how quickly the answer came to me. After flipping through the various options in my mind, I knew a rabbi was the right choice for us. I asked Amma what she thought of the idea, and without skipping a beat, she completely agreed. 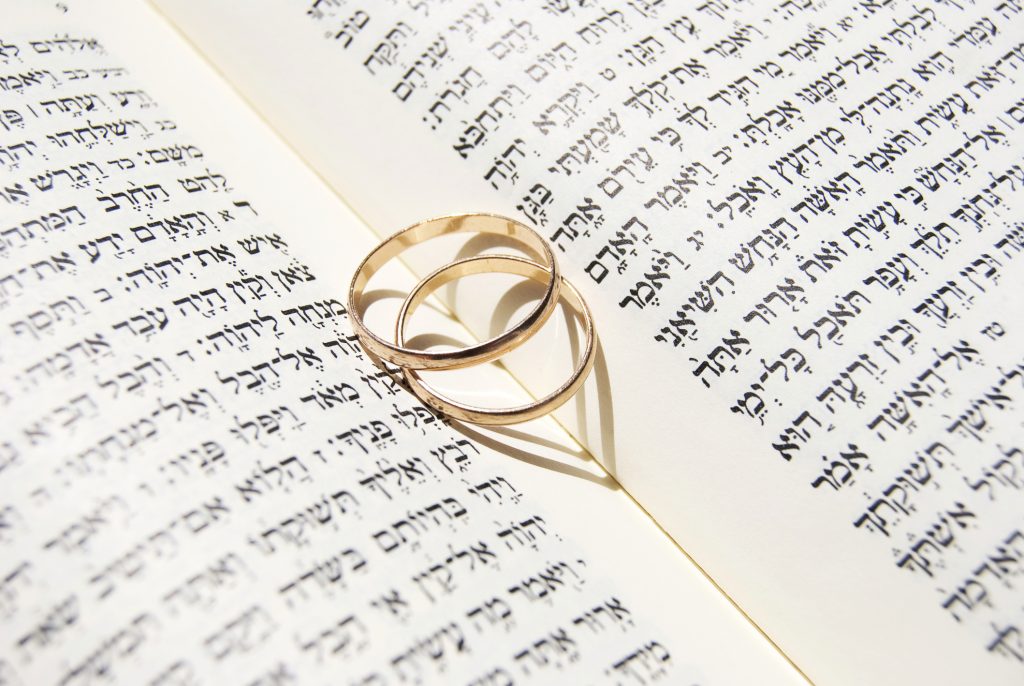 Just a couple of years ago I don’t think either of us would have guessed that we would be married by a rabbi. For starters, neither of us is technically Jewish (depending on how you define Jewish). One could argue (and I often do) that I am Jewish because my grandparents are. Whether or not that argument wins, depends on the audience. Because I wasn’t raised Jewish, and whatever lineage I do have is on my father’s side, some would say I’m a far cry, but that has never stopped me from feeling Jewish! And that isn’t the only reason we want a rabbi for our ceremony.

As Amma and I examined our decision, we discovered our desire for a tie to something greater than ourselves to play a meaningful role in our wedding. We may not be religious, but we do feel a strong spiritual connection to humanity, the universe and God. It was clear to us that we wanted the person leading us into our marriage to be someone who is dedicated to that greater spiritual connection.

Also on a spiritual level, being two women, we felt that our union would be best endorsed and honored by the heart, experience and wisdom of a woman. Reform Judaism has not only been ordaining women and LGBTQ rabbis since the early 1970s but also supporting its followers in the LGBTQ community. This history of equality and acceptance was yet another great reason for us to adopt Judaism into our wedding and our lives.

So we knew we wanted a rabbi, but we still had to find the right one. I didn’t know what I would find when I started my search. Not only had we just moved to Philadelphia, but we also weren’t part of a Jewish community. I went online and Googled “Philadelphia rabbis,” and up popped an ad for InterfaithFamily. I didn’t know what InterfaithFamily was, but it sounded inclusive and open-minded, so I clicked. I liked what the InterfaithFamily community stood for and it seemed like it had grown from a wonderful place of wanting to bring people together. The fact that they had a rabbi referral service was more than I could have dreamed of.

The referral service was exactly what I needed, and my request was handled with care and attention. When I received a response from Rabbi Frisch, it felt like a gift. The questions on the referral form were used to compile a list of potential rabbis who were appropriately matched to our needs. It was fun learning about all these different rabbis. I did an Internet search for each candidate to find out more.

After narrowing the list down to a handful of rabbis who I thought might be a good fit, I sent out initial emails. I felt hopeful as the responses began popping up in my inbox. There were two or three who, through the tone and wording of their emails, felt like they could be “the one.” But over the next week or so, each conversation resulted in a dead end due to various issues, and there I was back at the drawing board, feeling defeated.

Rabbi Frisch must have heard my prayer, because the next morning I received an email from her asking how my search was going. I wrote back describing my fruitless efforts. In my reply I also felt inspired to talk about my strong desire to have a rabbi marry us, and why. Much to my surprise, but true to her generous nature, she offered to be our rabbi. I can’t begin describe my delight. Not only did I already feel like I was getting to know her through the emails we had written back and forth, but I absolutely knew she was a perfect fit for us.

There is something about the way everything worked out that just feels like fate. Since Rabbi Frisch agreed to officiate, we have met in person to chat and get to know each other better. Suffice it to say, we all hit it off wonderfully! We plan on meeting a few more times before the wedding to talk about the ceremony in more detail, and we can’t wait to see her again.