As the High Holidays approach every year, I’m struck by the feeling of coming home.

There’s the mental “coming home”—the refocusing and regrouping that the time of year and the seriousness of the occasions bring about. There’s also the “coming home” to celebrations around the dining room table. A highlight of Rosh Hashanah is a shared festive meal or two (and my favorite apple desserts). And before and after Yom Kippur, there are those strategic meals at home that fortify and rebuild.

As someone who converted to Judaism, that aspect of the holiday season particularly resonates. It’s partly because I find being at home an opportunity to personalize our commemorations, something I love. But it’s also because “home” is an interesting theme in the conversion process itself. Many converts say that finding Judaism and converting is like, well, coming home. For me, though, it didn’t feel that way at first. And perhaps that made getting there even more meaningful.

The journey began when, after converting to Judaism many years ago, I discovered that just knowing the history and some details of observance wasn’t quite enough to make me feel truly Jewish. Since I enjoyed cooking (and eating, of course), I turned to learning about Jewish food in hopes that it would help me build that bond.

But as I started exploring, tasting and sharing new Jewish foods, I realized I knew very little about my part-Sicilian dad’s Italian cuisine. And understanding that part of my heritage—what the old brought to the new—would be an essential part of building a true personal connection to Jewish culture.

So my endeavor morphed into one of exploring both Jewish and Italian cuisine as individual traditions but also how they influenced one another globally and within my own taste and cooking. My unique yet surprisingly universal quest to blend cultures and traditions turned into Meatballs and Matzah Balls: Recipes and Reflections from a Jewish and Italian Life, a cookbook which features stories and more than 100 Jewish and Italian recipes. An even more fulfilling aspect of this undertaking was experimenting with ways I could combine traditions to deliciously represent who I was.

One of the results is my recipe for Stuffed Eggs with Parmesan, Smoked Salmon and Dill, which I find especially fitting for the high holidays.

The egg is richly symbolic in Jewish traditions—embodying a resilience despite its fragility that beautifully represents Jewish history. It also symbolizes life and death (themes of Rosh Hashanah and Yom Kippur, respectively)—but most especially new beginnings, something very appropriate for these holidays. Furthermore, hard-boiled eggs, being nutritious little vessels, are customary for meals before major fasts (or in Israel, for breakfast every day).

In my search for a meaningful rendition, I turned to my favorite way to enjoy hardboiled eggs—stuffed (in which the egg yolks are removed, traditionally mixed with mayonnaise and seasoning, and then spooned or piped into the halved egg whites). I chose simple flavors associated with both cuisines—dill and salmon from Jewish deli fare and Parmesan from Italian tradition. They turned out to be deliciously compatible.

Finding that harmony that makes the wholes greater than the sum of their parts is wonderful in food—and life, especially in the reflective times of the holidays. It’s been a rewarding part of my endeavor as well. Another has been discovering that no matter where your cultural journey takes you, the kitchen is always the best way home. 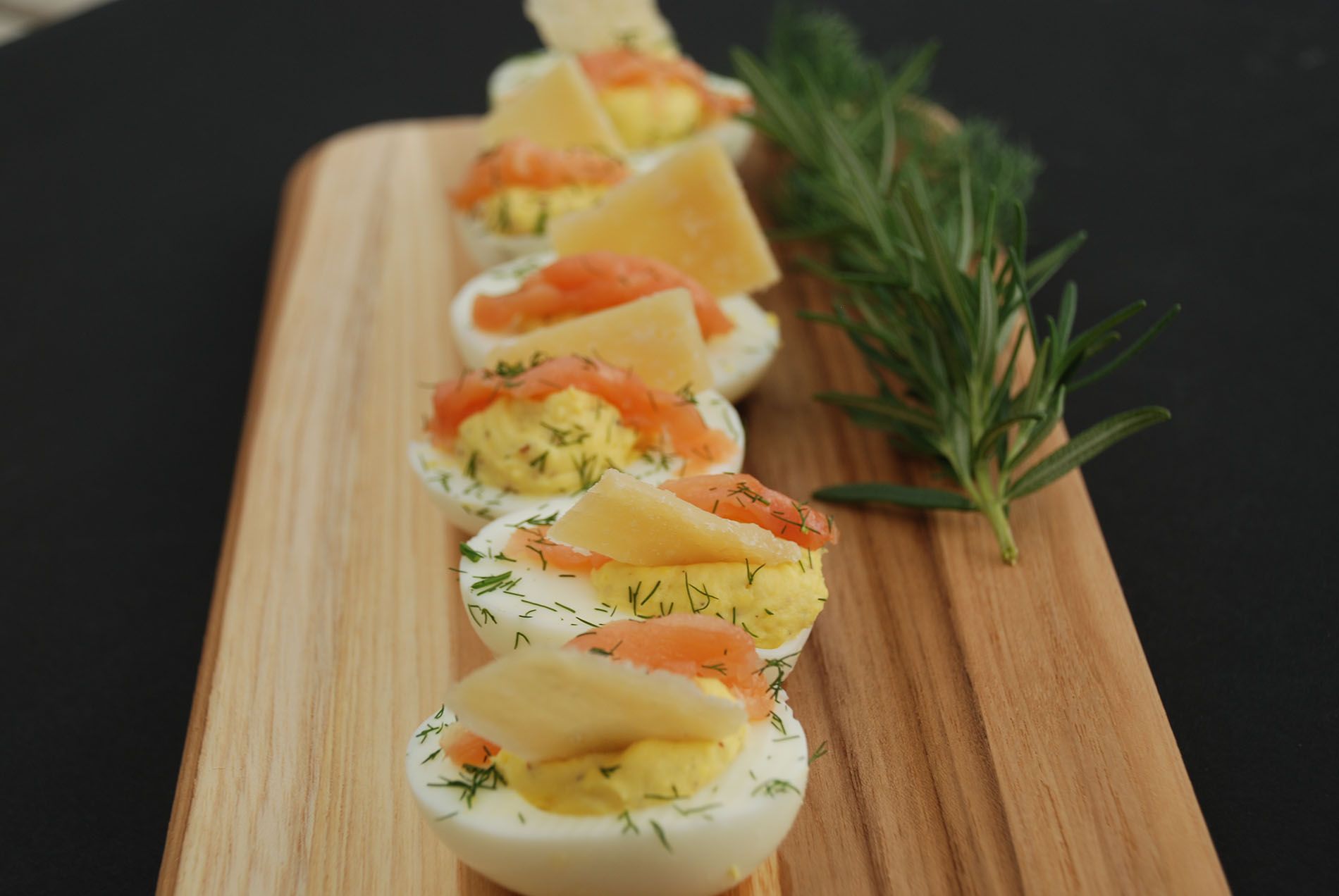 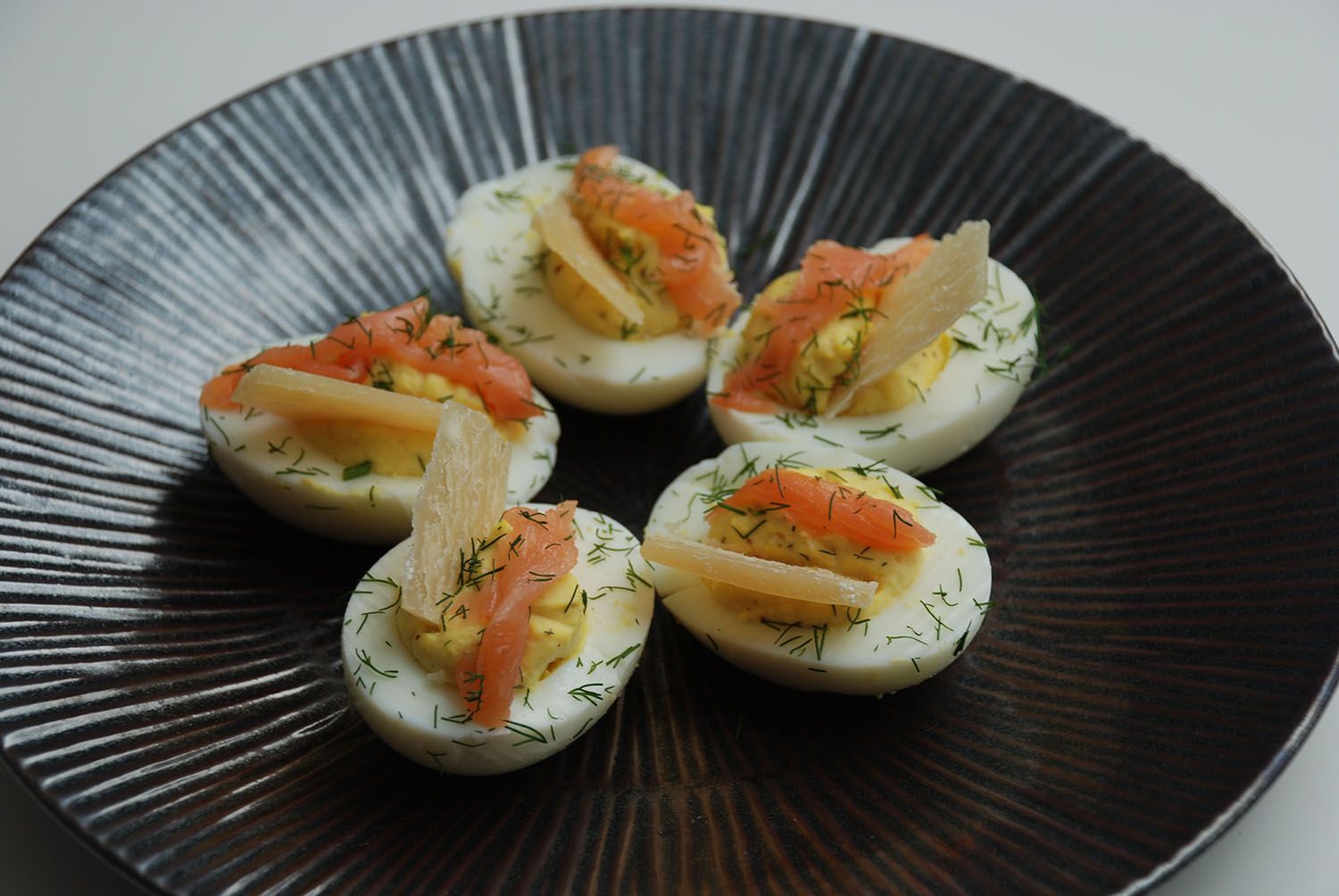 Marcia Friedman is the author of Meatballs and Matzah Balls: Recipes and Reflections from a Jewish and Italian Life. She continues to write about her journey and the intersection of Jewish and Italian food at meatballsandmatzahballs.com.