Reading About Food and History: 97 Orchard

It’s true. I’m nearly two years late to this party. But, trust me, you’ll want to come too. 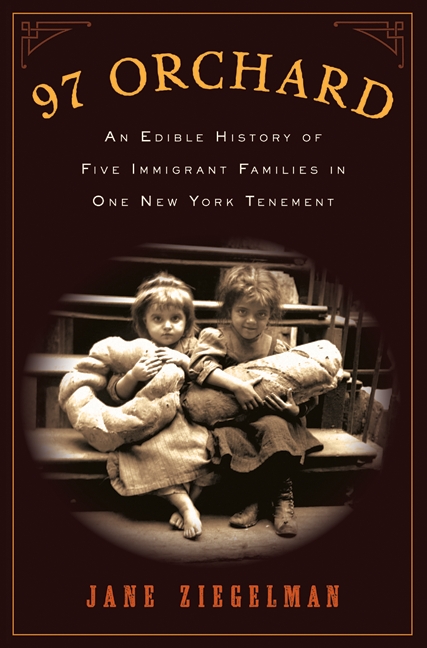 author Jane Ziegelman manages to weave the stories of five individuals and their families — both those they left to come to the New World and those they created in New York City — with the foods they ate, the history of New York City and the Lower East Side, and the impact immigrants and food had on the neighborhood and city.

After an introduction to the location, and the history of tenement buildings, we meet the Glockners, the Moores, the Gumpertzes, the Rogarshevskys and the Baldizzis, who all lived at 97 Orchard Street, on the Lower East Side of Manhattan, between 1863 and 1935. Each family is allotted its own chapter, focusing on the reasons they left their home countries, what the voyage to America looked like, what they likely brought with them, how they ended up living at 97 Orchard, what family life looked life, what the did for work, and what the cycle of the calendar likely entailed. And throughout all of this, there’s food.

Perhaps, like the Moores who came from Ireland, food is both new and mythical. Having immigrated during the potato famine, like other poor Catholics it’s likely they subsisted almost entirely on potatoes (Ziegelman tells us that the average Irish man’s daily diet included about 12 pounds of potatoes, while women ate 9 pounds; if lucky they might also have had buttermilk, salt, or seaweed). But in the New World, faced with more options they both had to learn how to cook and how to make or reconnect with food their ancestors hadn’t seen in over 100 years. The Glockners, from Germany, continued eating the foods they knew best (many of which Americans now consider their own, like hot dogs, hamburgers and beers). This included making use of krauthobblers (“cabbage shavers”) each autumn, individuals whose job it was to shave all the cabbage for you in preparation for making sauerkraut.

As most tenements were without indoor plumbing, and were many stories tall, housewives became “human freight elevators, hauling groceries, coal, firewood and children up and down endless flights of stairs.” We learn that the stairs affected cooking as well: the housewives’ “most burdensome loads, however, were the tubs of water needed for laundry, bathing, housecleaning and cooking. It was sloppy, muscle-straining work.” All that climbing made these women experts in efficient, single-pot cooking.

The Gumpertzes, Prussian Jews, certainly made use of the single-pot cooking. The chapter opens on Mrs. Gumpertz, preparing a stuffed fish for Shabbat. In detail, the method is explained, from slicing open the fish, to scooping out the meat, to stuffing it back in and sewing up the skin. Not only is her recipe included, but another recipe, more akin to today’s gefilte fish, is as well (see below). Jews from this region were also renowned for raising geese. It seems women were in charge of the flocks in the old country, and had been known since the 11th century as experts in fattening the birds. It didn’t take me long to realize that these Jewish women, who passed on the trick of force feeding geese from mother to daughter over many centuries, were the originators of foie gras. Sure enough, Ziegelman confirmed that hunch, explaining that these peasants viewed the fatty liver not as a delicacy, but as a nutrient-filled supplement for their children. On the Lower East Side, many women raised geese in their tenements, eventually switching to chickens in the early 20th century.

Also Jewish, the Rogarshevskys came from Prussia. Their food story began on Ellis Island, where they were detained. At that time, Ellis Island provided three meals a day to detainees, but the meals weren’t kosher. Like many Jews immigrating in this wave, they had to decide between hunger and breaking dietary laws. Like the Baldizzi family from Sicily that followed, many of their foods are familiar to North Americans today. The former had pickles and chopped liver, the latter had fettuccine, roasted vegetables, and spaghetti and meatballs.

A great book on the shared and overlapping histories of many of our families, Jewish or not, and the foods most North Americans now take for granted.

You will notice that these older recipes do not include exact measurements for the ingredients. In fact, none of the recipes in the book are formatted like those we would see today until the early 20th century. If you’re going to try any of these, as I plan to, you’ll have to use your imagination…

Scale the fish and remove the skin from head to tail; cut the meat off from the bone and chop it fine with a bit of onion; add a bit of pepper, ginger, and saffron, also fresh, unmelted butter and black raisins, egg yolk, and a bit of salt. Fill the pike with this mixture, replace the skin, sprinkle on some salt, place it in a pan and roast it. Make a sweet or sour broth under it and serve either warm or cold.

Take as many livers and gizzards of any kind of fowl as you may have on hand; add to these three tablespoons of chicken or goose fat, a finely chopped onion, one tablespoon of pungent sauce, and salt and white pepper to taste. Boil the livers until quite done and drain; when cold, rub into a smooth paste. Take some of the fat and chopped onion and simmer together slowly for ten minutes. Strain through a thin muslin bag, pressing the bag tightly, turn into a bowl and mix with the seasoning; work all together for a long time, then grease a bowl or cups and press this mixture into them; when soft cut up the gizzards into bits and lay between the mixture. You may season this highly, or to suit taste.

To one quart of small dried beans add as much water as you wish to have soup. You may add any cold scraps of roast beef, mutton, poultry, veal or meat sauce that you may happen to have. Boil until the beans are very soft. You may test them this way: Take up a few in a spoon and blow on them very hard, if the skin separates from the beans you may press them through a sieve, or take up the meat or scrap and vegetables and serve without straining. Add salt and pepper to taste. A great many prefer this soup unstrained. The water in which has been boiled a smoked tongue may be used for this soup. This may be thickened like split pea soup. Excellent. 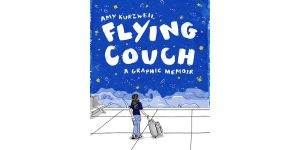