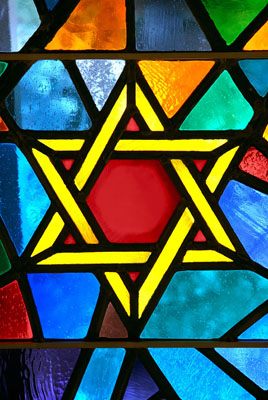 The following is my sermon given on March 7, 2014 at Temple Beth El in Munster, IN.

The weekly Torah portions now move into the book of Leviticus. The Five Books of Moses are referred to by Hebrew names which are the first main word in that section of Torah. Leviticus is known as Vayikra which in Hebrew means God called out. God calls out many things to the people throughout the long narrative. Sometimes the people heed God’s call and sometimes they don’t. Sometimes it is Moses or another leader who hears God’s call and then instructs the people what to do or not to do.

What would God call out if God could read this latest Pew study of American Jewry? Most American Jews are not members of a synagogue. Most American Jews marry someone not Jewish. Many liberal American Jews raise their children with another religious tradition in addition to some Judaism. Millennials by and large say they are Jewish of no religion? What is happening here? Where did everything go wrong? How do we get things back on track?

OK—as an aside—why must we personify God? It seems true, as Maimonides, the great Jewish, Spanish philosopher and writer in the 1100s thought, that we can only make negative statements about God—God is not human. The only positive statement we can make is that God is and even that limits God. So, I am of course speaking in metaphor.

But, there are those who would say that there is something fundamentally broken or off about American, liberal Judaism. Synagogues are outdated and cost too much money to maintain. Our liturgy does not resonate any more. We don’t know Hebrew and so prayer in Hebrew does not “work” as it once did. Since Judaism is a religion of boundaries and distinctions—the difference between the holy and profane, between day and night, between Shabbat and the rest of the week—we cannot have a truly inclusive Jewish community.

The nature of the Jewish religion is that it is insular and exclusivist to some extent. Jews can do and say certain things and those not Jewish cannot. Those younger than 13 cannot do certain things. On Passover, we cannot eat certain things. We are a religion of rules and boundaries and these rules have kept us a distinct people for millennia. As Rabbi Mark Washofsky, the Solomon B. Freehof Professor of Jewish Law and Practice at HUC-JIR/Cincinnati, our rabbinical school, just said to me, “There are many in the Jewish community now who straddle the fence and straddling a fence hurts.”

So, this is all bad news and negative. Goodbye American liberal Judaism as we know it. It’s been a nice run, but it’s over?

Things are better than ever. It is our diverse community that gives us new strength—new voices, new questions and new insights are good for Judaism. We are pushed to define ourselves, to understand who is a Jew and what makes something Jewish. We are forced to confront our own lack of literacy and to take ownership of our religion and our heritage. When we have a community made up of those who grew up with Judaism and those newer to it, we uncover what it really means to welcome the stranger and to believe in One God of all who is a God of peace and love. We are given the sacred opportunity to perform the mitzvah, the commandment, to love our neighbor as our self because we are our neighbor. We see the most often repeated commandment from the Torah come alive for us: Do not oppress the stranger because you were strangers in the land of Egypt.

Does this always make it easy? Should we have no ritual barriers to full participation in Jewish life? (I kind of think so, but not everyone agrees with this). Should all rabbis officiate at any wedding where a Jew requests Jewish clergy to be with them? Can we find room in our religious schools for children being raised to also learn about and appreciate Catholicism, for instance? There are no easy answers but lots of important questions.

What is God calling to us now? I believe one message that is blatantly obvious and which can bring us closer to one another and God is that we need to open up, not create more rules and tighten our limits. We are a tiny “in” group and we are, by the way, not a homogeneous group; we are not different from those not in these seats tonight. The majority of liberal Jews are somewhere else. It is not for us to call them in. It is for our Jewish expression, our synagogue structures, and our leaders to open up. We have to act with love, respect, with joy and optimism, humility and inspiration, to individualize, accommodate and include anyone who might come to see that living with Judaism is a rich, vibrant, accessible, authentic way to structure one’s days.

Kayn Yihi Ratzon. May this be God’s will.