Please Stop Asking if My Daughter’s Boyfriend Is Jewish 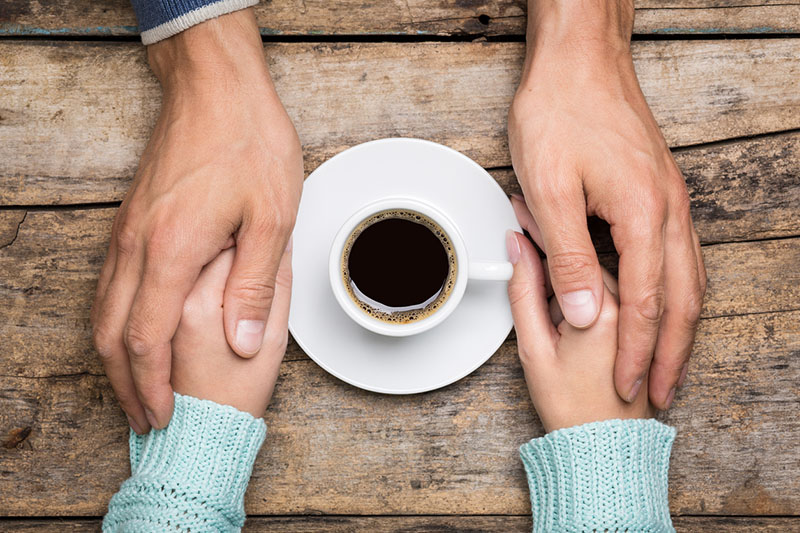 My 22-year-old daughter is seriously involved with a wonderful guy. He’s smart, funny, kind, and they just click. He lives in England, so they only get to visit every eight weeks or so, and have been flying back and forth to each other’s countries since they met while my daughter was on a semester abroad trip a couple of years ago. Video chats and texting and phone calls have been their lifelines. I’ve spent time with them together, observing them, and they are very much in love.

Last week, I bumped into an acquaintance at the grocery store. I hadn’t seen her in a year or so—her children and my younger daughter had been in the same high school class. We chit chatted a bit, catching up on how the kids were all doing, adjusting to their first year of college. Then she asked me about my older daughter. How was she doing, what was she up to? I told her about my daughter’s graduate school work and how hard it is but how she is excelling. Her next question was, “Is she seeing anyone special?”

“Yes,” I responded enthusiastically. I told her all about the lovely boyfriend with the charming British accent and the incredible commitment each of them have made to keeping their relationship alive. She leaned down then (I am short!) and whispered, “But is he Jewish?”

This was a Jewish woman with a Catholic husband who had raised three kids with both traditions—b’nai mitzvot for her children one year, communions the next. The question she asked was not made in light or silliness or fun. It was dead serious.

“No,” I said, feeling uncomfortable.

I turned the conversation back to her children and her life and left the grocery store quite disillusioned. But not shocked. Or even surprised. Because the fact is, I’ve been getting this question from Jewish friends—even if they had married someone of another faith or don’t care about being Jewish personally—for the entire two-plus years my daughter and her boyfriend have been dating. It is often the first question out of their mouths—before “Do you like him?” or “What does he do for a living?” or even, “How do you feel about him living in England?”

Then there is the inevitable pitying look they give me—as though I somehow screwed up in raising my daughter. As though my life is going to be terrible if my daughter marries this man who may be her beshert. And that feeling hurts.

So I’ve asked myself the question a dozen times, maybe more—am I uncomfortable if my daughter marries someone who’s not Jewish? I’m strongly Reform Jewish. I love the holidays and look forward every year to making Passover for 16 people with all of the classic dishes and a simple, short Haggadah. I enjoy toasting the Jewish New Year and take the days of awe between Rosh Hashanah and Yom Kippur very seriously. I enjoy lighting the candles and making latkes at Hanukkah and giving the children in my life gifts. I feel very Jewish. I use Jewish values in my everyday life and let them guide me when I feel I need guidance. Those values inform how I treat others, how I think about the world, and how I choose my political affiliations.

My husband is Jewish. We raised our children in a very purposeful, Jewish way. They started Hebrew school at the age of 3 because we wanted them to learn that Hebrew school was part of everyday life. They attended a private Jewish preschool where holidays were celebrated. When they attended public school, I fought for the school to stop bringing Santa Claus into their winter holiday party—and won. They were bat mitzvahed and my older daughter chose to go to Hebrew high school at our synagogue until her high school graduation. She actively participated in the temple youth group and spent a semester in Israel her Junior year of high school.

So we did everything we could to instill a love of Judaism in our girls’ hearts. We think we were successful.

But were we? Because now my daughter is seriously involved with a man who is not Jewish.

And people are questioning her choice.

And they are making me uncomfortable.

And all they seem to care about is whether he is Jewish.

And that’s not all I care about, but I get it.

And I wish they would stop asking.

Because in the end, what I want for my daughter is a lifetime of happiness with whomever she marries, Jewish, Christian, Muslim…I want her to feel Jewish in her spirit and heart and know who she is and what she stands for. But I also want her to celebrate Rosh Hashanah and atone at Yom Kippur and get excited about the Passover seder she might make for her own family. I want her to think and act Jewishly. I want my grandchildren to embrace Judaism, in whatever form, just like she did.

Can she do that with a non-Jewish husband? I like to think so.

But when these people keep asking, first thing, “Is he Jewish?” I feel like I failed. Maybe I did. But, then again, maybe I didn’t.

Judy Mollen Walters is the author of five novels, A MILLION ORDINARY DAYS (March, 2017), START AT THE BEGINNING (2016), THE PLACE TO SAY GOODBYE (2015), THE OPPOSITE OF NORMAL (2014), and CHILD OF MINE (2013). She is also an essayist whose articles ave been published on the Washington Post, The Huffington Post, SheKnows, and ScaryMommy. She can be reached via her web site at judymollenwalters.com.