As a fourth generation Japanese-American, I’ve often felt my heritage was slipping away from me. I grew up feeling in between the two: not quite Japanese enough or American enough, not really belonging in either category. There have been phases of my life when I’ve embraced being just American or just Japanese. It wasn’t until my conversion and our wedding that I came to realize that there is space for both.

When Bryan and I started dating, I became interested in his Jewish heritage. As things started getting serious, I felt that if we were to spend our lives together I had a responsibility to learn about his heritage too. In many ways, in Judaism I found the sense of belonging, spirituality and sense of community I had been searching for my whole life.

As we embarked on the wedding planning process together, we did what we had just learned to do in my Intro to Judaism class: Question everything! We had decided to marry in the main sanctuary in our synagogue: Did we really need florals in such a grand space? Did we really want to have the traditional bridal party? How did we want to honor the side of my family who grew up in Hawaii? If we were having a Jewish ceremony, how could we incorporate parts of my Japanese heritage in ways that actually felt relevant and authentic to who we are?

Many, many hours were spent on the internet searching for “Japanese and Jewish wedding” ideas. What I discovered was that there were very few examples out there. The other challenge was that no one in my family had ever had a traditional Japanese wedding, so all of the “traditional” elements felt totally foreign to me. When we committed to having a Japanese and Jewish wedding, I don’t think we realized what we were about to take on.

We’ve been married for over a year now, and I cry tears of gratitude every time I look through our wedding album. Though it was at times a laborious process that required a lot more soul-searching than I had expected, it forced us to define our narrative as a Japanese and Jewish American couple. Unintentionally, it helped us create a solid foundation and made our bond even stronger than I could have ever imagined. 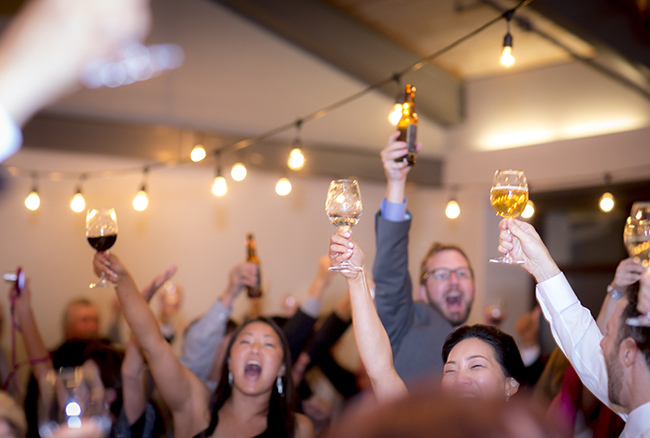 One thing I greatly admire about Bryan is his courage to be vulnerable and share his experience with others, especially if it means it will help them. It’s something that inspires me every day, since I usually prefer to keep things (especially private and sacred moments like our wedding) within my community. I have spent the last year working up the courage to add our wedding to those search results on the internet. My hope is that other mixed race couples might be inspired to incorporate elements of their heritages into their wedding day in ways that may not necessarily be “traditional”, yet feel authentic and true to who they are as a couple. 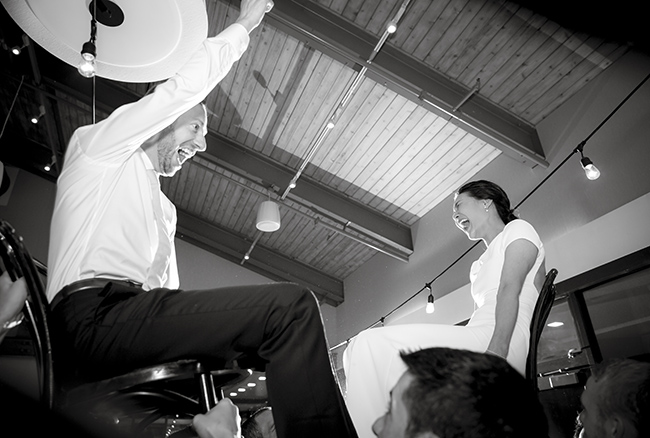 Click here to read more about Kristin and Bryan’s Japanese-Jewish wedding on smashingtheglass.com.