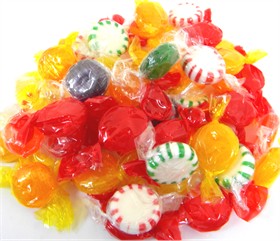 I have fond memories of going to services as a youngster and looking forward to the weeks in which I could pelt young adults, the clergy, and innocent bystanders with tiny packages of hard candy. Not wanting to miss being on the receiving end of such a deluge, a few months back I mentioned to the Cantor at my synagogue, Monmouth Reform Temple (MRT), that Anne and I would like to have an aufruf.  This is a custom during which the bride and groom – or, in more traditional synagogues, just the groom – are called up for an Aliyah, and the Torah is read in their honor.

Scheduling our aufruf posed a bit of a challenge.  Traditionally, the aufruf takes place during Shabbat services prior to the wedding.  However, our rehearsal dinner takes place on that Friday, outside of Philadelphia.  The Shabbat prior to that coincides with Yom Kippur, and celebrating with candy is not the best way to observe a solemn fast.

We also wanted to make sure our aufruf date aligned with an appropriate Torah portion. Our wedding occurs the week prior to Simchat Torah, the holiday during which the Torah is “rewound” and we begin reading from the book of Genesis.  Unlike the numerous beautiful, wedding-appropriate readings in the beginning of the Torah – the creation of Eve and man and wife becoming “one flesh,” the rainbow at the culmination of the flood, Abraham’s covenant with God to become a great nation – the final book of the Torah is not quite so generous.  We made a decision to avoid the passage containing material ill-suited for beginning our wedding celebration, such as the Biblical proscription for when “a man takes a wife and, after sleeping with her, dislikes her” (Deut. 22:13, NIV translation).  Luckily, nestled within Deuteronomy is a passage describing the blessings that will be rained upon Israel should they choose to keep God’s laws (Deut. 28:1-14).  That coincided with the weekend of September 12th, which was free for both sets of parents.  Hooray!

However, we hadn’t cleared all hurdles yet.  A significant proportion of the families at MRT are interfaith, and over the past year, the Rituals & Practices Committee has discussed what activities on the bimah are permitted to the members of the congregation who are not Jewish. Also, they are charged with awarding honors for aliyot, lighting candles, and Kiddush on Friday nights. I happen to sit on this committee. A few weeks ago, the person responsible for managing these honors for the month of September asked if anyone would be interested. I asked if my parents could do the candle and Kiddush blessings for the night of our aufruf. My mother is a practicing Christian, and some congregations do not permit those who are not Jewish to say the blessings over the candles. Also, neither of my parents are members of MRT, though they do belong to a Reform synagogue in the Philadelphia area.  Finally, Anne is not Jewish, and the committee had discussed in the past whether it was permissible for members of the congregation who are not Jewish to be called to Torah for an aliyah. After raising these concerns, I opened the topic for discussion to the members of the Rituals & Practices Committee.

This kicked off a lively discussion.  Our Cantor sent around a link to the recent article on Interfaith Family about how different synagogues approach candle lighting by with interfaith families. Ultimately, the committee agreed that my parents could light the candles and recite Kiddush, and that as long as I was with her and saying the Torah blessings, Anne could join me for the aliyah.

With this final hurdle cleared, it looks like September 12th will be a very Keefe/Goodman Shabbat at Monmouth Reform Temple!  In case you have an itching to bean some soon-to-be newlyweds with candy, services start at 7PM.