Mysticism and My Newborn

I believe in the mystical. Tarot Cards, Ouji boards, even the woman on the corner of Ocean Avenue who stares at me with one blue eye and one gray eye and says “you have a purple aura” when I walk by. Yes, I believe in her too. As I watch my newborn grow and change every day I wonder what magic I will teach her. What mysticism will her father share with her?

The Hebrew word for Pregnancy is Herayon. In Hebrew every letter is paired with a number and the letters in the word Herayon add up to 271. This is because a woman’s pregnancy generally is equal to 271 days. Here is another interesting Kabbalistic fact about Herayon: Har, the first part of the word in Hebrew, means “mountain.” This is because a woman’s belly is shaped like a mountain. I try to explain this to my significant other, Adrian. We compare notes on magic.

The month before my daughter was born I went to the Judaica store in my neighborhood and bought Channa’s book of Prayers for Jewish Women. I was nervous about delivery. I was looking for a magic spell. I called Adrian’s mother on a regular basis. “Señora,” I said, “Is it very, very painful? Is it unbearable?” She did not lie. She said it was. My own mother told me the truth as well and then she added, “But the pain doesn’t matter. In the end you get a baby.”

But I needed magic! I needed the Zohar to whip me up a flying carpet and deliver me from the agony of childbirth. More than this I wanted my newborn delivered into the world safely and with the prayers of both my Jewish background and Adrian’s Catholic background.

I thought of the word Tzirim. The Hebrew word “tzirim” means “contractions” or “labor pains” but there is another literal translation as well. “Tzirim” can also mean “hinges” like, door hinges. This is because a woman is opening a door for her child to exit through during childbirth. The Kabbalah compares contractions to snake bites and when this happens the woman gets ready to push the baby out of the womb and into the world. Snake bites make me nervous. Again, I needed magic.

But the birthing process for both cultures, for both religions is the same. In ancient times Jewish women gave birth in tents surrounded by other women. The same is true for Nahuatl women. In fact, when I spoke on the phone with Adrian’s mother she told me that she had birthed all seven of her children in her house surrounded by her female family members and one witch doctor.

I asked to speak to the witch doctor but I never could get a hold of her. My pregnancy began to take on an artistic form in my head. In my imagination, my giving birth began to look like Frida Kahlo and Amedeo Modigliani had lunch together and then had a painting competition. I saw myself painted slim across a canvas with a dark red background and serpents coming out of my nose. My imagination was winning over my mysticism.

Here is the truth about birth: It hurts. It hurts, but it is the one true visible sorcery. I had been so concerned about what my newborn would learn, how she would grow, what she would believe in. What I didn’t realize is that SHE was pure wizardry. On every contraction I felt the hinges inside swing back and forth. On her long entrance into the world I asked Adrian, “Can you see her head?” he nodded yes. I asked, “Is her hair black?” he nodded yes again. She arrived black haired as the raven, audacious as the eagle and breathtaking as an Aztec monarch. 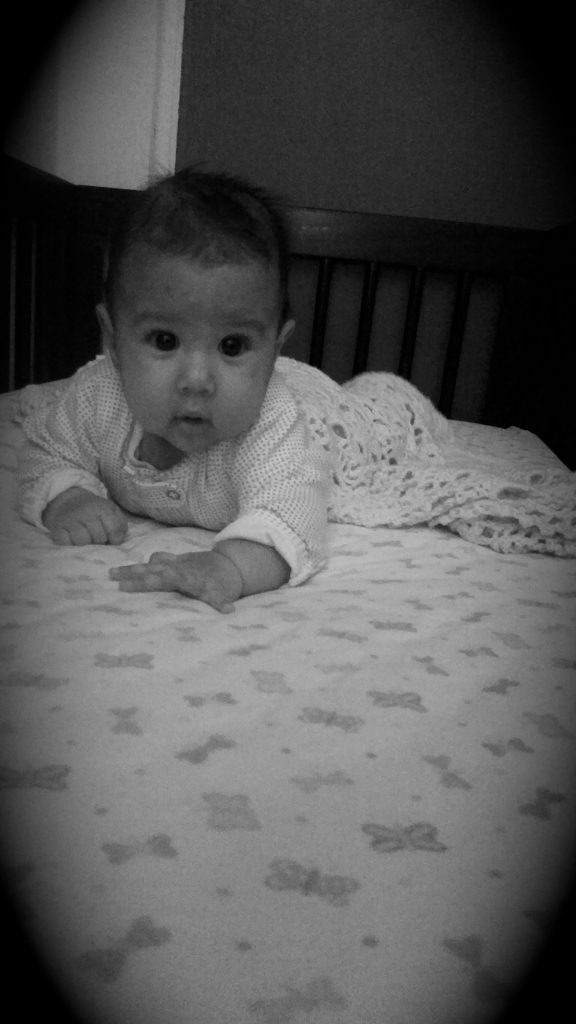