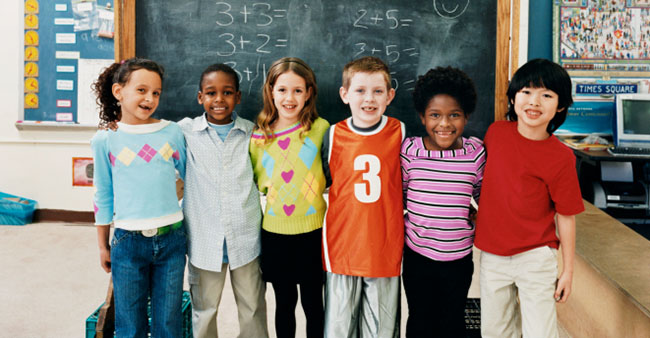 I went to a small Episcopalian school in the heart of the South. It was a very homogeneous Protestant community (but not without some Jews as well) with a distinguished Southern heritage that included some families that even had family crests. The graduating class had 65 kids. Fifteen of us were Jewish.

I recently attended my 30th reunion and connected with people whom I hadn’t spoken to (or even thought of) in years. In a school that small, we were all pretty good friends and it was a lot more fun than I anticipated. It warmed my heart to know that people who I have barely kept in touch with are doing well in their lives and it was fun to catch up. Several people asked where I worked and I mentioned that I worked for an organization that assists interfaith couples and families where one of the partners is Jewish—what a conversation starter!

My friend Robert was first. He mentioned that his wife was Jewish. He told me that when they got engaged, she asked if he was surprised that he was marrying a Jewish girl. His response was “No. I knew a lot of Jewish kids and so I am very comfortable around Jewish people. What really surprises me is that I am a Southern boy marrying a girl from New Jersey!”

My friend Jason was next. Jason and I reconnected a few years back. Our conversation was a bit different. He casually mentioned that his daughter was named Aviva (a name that is typically Jewish or Israeli), and since he is not Jewish, that was my first clue. We were chatting and he said he was a bit disappointed that he was missing the vote for his synagogue’s new rabbi. I said “Oh, are you not allowed to vote on synagogue issues?” His response: “Nope, I can’t vote because I am out of town and the vote is tomorrow morning!”

Then there was Ashley. Ashley lives in New York. We spoke for a few minutes before she mentioned that she had converted. I said “converted to what?” She laughed, “to Judaism!” It took me a few seconds to process that the Jewish population from my Southern school was increasing! Then she mentioned that most people are really nice about welcoming her into the Jewish community. But just last week, she was at a gathering and an 8-year-old relative of her husband’s asked if she was Jewish. The parents and family members were mortified but everyone quickly responded with a resounding “of course!”

It is mind-blowing to think that some of my Christian friends from my high school class are raising Jewish kids. I wonder if our group of Jewish kids were ambassadors in some way but didn’t realize it. We introduced the Christian members of our class to Judaism and fun bar mitzvah parties. Still, I would’ve never guessed how our 30th reunion would pan out.

Though I have to say, I am not so surprised that one of my Southern Christian friends from my class married someone from New Jersey!