“Marrying Out” Is Not “Abandoning Judaism”

Jews don’t live in ghettos anymore, and I think most of us would agree that this is a good thing. In our daily lives we interact with all sorts of people who are different from ourselves—people with different political views, people from different socio-economic backgrounds, people of different races and people of different religions. This exposure to diversity makes our lives varied and interesting. I for one don’t know of many people who would want to give this up.

Many people, before finding their mate, have a “checklist” of what they’re looking for in a partner. One of my friends always said she’d marry someone blonde, very physically fit and—most important—Jewish. So when she met a man at work who had dark hair, was chubby and didn’t like to work out—and was Methodist—she wasn’t concerned when they started to spend a lot of time together as friends. Sure he was smart, interesting and funny—but he wasn’t her “type.” But eventually their connection become deeper and they fell in love. It stopped mattering to her that he wasn’t blonde and fit. What mattered was that she loved him. And though she didn’t value her Jewish identity any less after falling in love with him than before falling in love with him, she was determined to find a way to make their relationship work since he was “the one” she loved. Eventually, they got married.

For my friend, “the one” is a Methodist. For Rabbi Michal Woll (who co-wrote the recently published book Mixed-Up Love with her husband Jon Sweeney) “the one” is a Catholic author. For me, “the one” happens to be another rabbi. But just because my friend and Michal married Christian men that doesn’t mean that either of them values Judaism less than I do. 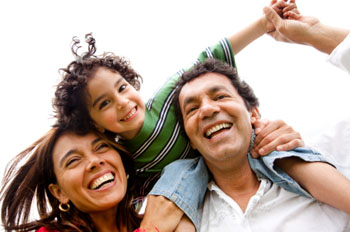 I’ve met numerous people who grew up with strong Jewish identities and who care deeply about the future of the Jewish people—many of whom spent much of their lives certain that they would never even date, let alone marry, someone who was not Jewish but who simply fell in love with someone they knew, like a college classmate, a work colleague or a best friend. Some of them shared with me that they went through deep soul searching and many tears after having fallen in love with someone of a different faith, but ultimately they came to the conclusion that they could spend their life with the person they loved as well as live a committed Jewish life and raise a Jewish family.

These people didn’t see themselves as having to make a choice between EITHER the person they loved OR the religion and community that they loved. Rather, they made the decision to BOTH spend their life with the person they loved AND to live a Jewish life and raise a Jewish family. Most people I’ve talked to who have made this BOTH/AND decision have acknowledged that there are challenges to being in an interfaith relationship (just like there are challenges in any relationship, especially one in which there are fundamental differences between the partners), but they would rather deal with those challenges together with their mate than having to choose EITHER/OR between their mate and Judaism, and they find meaning and often joy in facing those challenges TOGETHER.

The fact is that in today’s world, in most of the liberal Jewish community, having a partner who is not Jewish and living a committed Jewish life aren’t seen as necessarily mutually exclusive. As Michal and Jon share in Mixed-Up Love, faith and religion are VERY important to BOTH of them; that’s a large part of what attracted them to each other. It just happens that in their case they each have a DIFFERENT religion. Together they are raising a Jewish daughter and making it work for themselves and their family.

So don’t just assume that because a Jewish person is in a relationship with or married to someone who is of a different faith that their Judaism, the Jewish community and Jewish continuity aren’t important to them. Rather than EITHER/OR, perhaps they have chosen to commit to BOTH/AND.