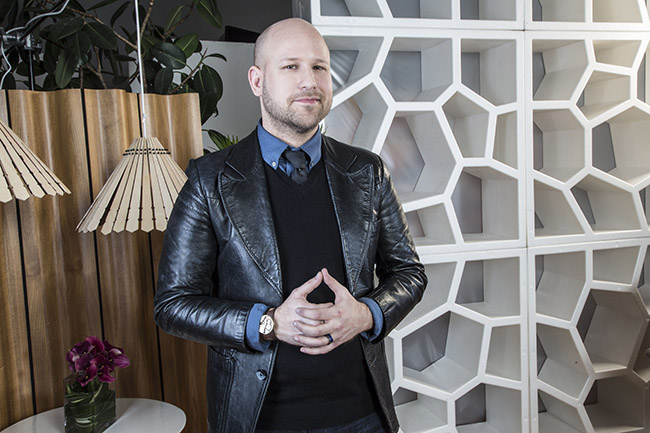 If you’ve been watching the A&E reality show Married at First Sight, you know that the second season of the experiment in which three couples met, instantly wed, and then got to know each other has come to a close. The two-part reunion special Married at First Sight: Six Months Later is set to air on June 16 and Season 3 is in production. At the end of an occasionally volatile six weeks, two of the three couples decided to stay together, including interfaith couple Ryan De Nino (whose mother is Jewish and stepfather is Italian-Catholic) and Jessica Castro (not Jewish), who overcame communication issues that threatened their relationship early on.

Throughout the process, the couples met with a quartet of expert advisors who were there to support them and help them in their journey to choose love: psychologist Dr. Joseph Cilona, sociologist Dr. Pepper Schwartz, sexologist Dr. Logan Levkoff and spiritual advisor Greg Epstein, a rabbi and the Humanist Chaplain at Harvard University. Epstein runs the nonprofit Humanist Hub at Harvard and presides over “a very big, multi-cultural congregation.”

So how did he become a reality TV series advisor? He answers that and our other burning reality TV questions and offers insights for interfaith couples in this exclusive interview.

How did you become involved with the show?

I got a random phone call about it at the end of 2013. I had never heard of it and in the first few conversations with producers I didn’t understand what the concept was. I knew it was a show about love and relationships, dating and giving advice to couples from different points of view.

I see marriage and relationships as one of the biggest parts of life and learning how to do them better is a huge way to improve people’s lives and happiness. But this very strange concept of people getting married at first sight; that was very new to me and I had to decide whether to do it or not. I was skeptical in a lot of ways. I was convinced that the project had the potential to make people think in positive ways about their relationships and marriages—a worthy goal—but I had to be convinced that the producers were going to handle it in a high quality way. Ultimately they convinced me of that and I was happy to sign on. They said, “We are going to take this seriously. We’re going to make it more than typical reality television and we want everybody involved to be treated well and to learn from the experience.”

Although Ryan and Jessica are an interfaith couple, it didn’t seem to factor very much into their relationship. Religion wasn’t really discussed by any of the couples. Was that by design? Did you consider religion in matching the couples?

Religious compatibility is a requirement. Each of us on the panel interviews each participant, surveys and tests them in depth for many hours. I have each of them fill out an in-depth survey about their religious, spiritual, ethical beliefs, practices, background, culture and plans for the future. What kind of synagogue do you attend, or not? What beliefs do you hold? What prayers do you say?

Ryan and Jessica have an interfaith marriage but it doesn’t end up playing a big part in their lives. Ryan is not necessarily typical of Judaism in this country but he does typify some aspects of American Jewry that don’t get a lot of attention. There are a lot of people in this country—and I was one of them for many years—that will say that being Jewish is somewhat important to them, but when asked how it applies to their day-to-day lives, they either have no answer or say it doesn’t apply. Judaism is just not that big a factor in their day-to-day lives. 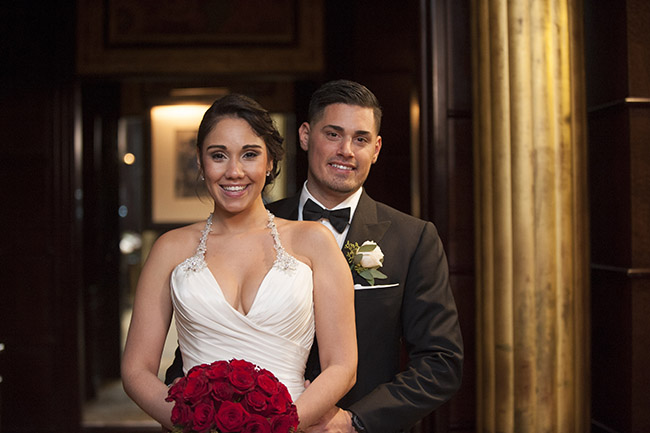 Did Ryan say Judaism was important to him?

In the casting process, very few Jews tried out for Season 1 but many more tried out for Season 2. We thought we might end up with more than one on the show, or an all-Jewish couple and an interfaith couple. There were multiple Israeli Jews we were thinking about matching. We’re filming Season 3 in Atlanta, Georgia, and it’s a fascinating mix of religious perspectives. There are plenty of Jews in Atlanta. I can’t say who the couples are yet, but we are considering Jewish individuals and the possibility of having another interfaith couple.

The weddings seemed quite secular, devoid of anything religious. Was that intentional?

The couples did not have a direct say in it but they provided us with information on what was appropriate for them. Very religious people would be less likely to participate in an experiment like this, and we’re dealing with young millennials, the least religious generation in American history. A lot of people are no longer interested in traditional religious beliefs. 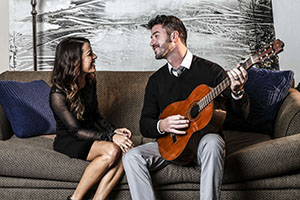 In both Married seasons, two of the three couples stayed together—not bad.

You never know how it’s going to turn out, but the experiment ended up being good for all the couples involved. Season 2 is intense and sometimes, wonderful things can come from intense experiences.

Are arranged matches a practical way to go? Can it work in the real world?

I’m not an advocate of arranged marriage… This is a television experiment that’s meant to be a learning process for the six individuals and the millions of people watching them. It’s not about encouraging arranged marriage. It’s more meant to be thought provoking than advocating. I see it as having the potential to raise awareness of the fact that some arranged marriages in the traditional sense are not fun and games and can be incredibly damaging to women, and that needs some attention.

What problems and issues do you typically see in interfaith relationships?

I see a lot of misunderstanding of each other’s backgrounds and families. I had an interfaith couple in my office recently. He came from a very strong Christian background but felt very adamantly non-religious. He was trying to be sensitive to and embracing of her family’s Jewish background but couldn’t understand why certain rituals were so important and there were certain ways in which she, from her very liberal and open-minded Jewish perspective, couldn’t understand why he couldn’t understand why she needed to do these things, whether it was getting married in a synagogue, or having a rabbi perform the ceremony. I see it as cultural difference. They’ve grown up so differently that they don’t know how to agree on what kind of family to be and how to teach future children about the world. 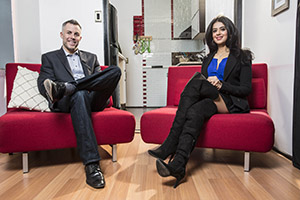 Sean and Davina decided to get a divorce. Credit: A&E

What can be done to avoid problems? What’s the key to making interfaith relationships work?

It would be wonderful for both members of the couple to learn about the other’s background, history, culture, beliefs. For … members of interfaith couples [who are not Jewish], they need ways to learn about Jewish culture and heritage.

A spouse of non-religious Christian background may be perfectly willing to learn about Jewish culture and history and heritage and the rituals and prayers from a cultural point of view, but what they don’t want is religious beliefs forced upon them. They go to a religious synagogue to learn about Judaism and get very uncomfortable because that’s not their belief. What we need are more educational options so interfaith couples can learn about the religions involved in a respectful way that accommodates and understands the humanistic-leaning beliefs of many of these couples.

What can the community do to be more welcoming and inclusive of interfaith couples?

The biggest thing that we can do is change the climate by recognizing the true pluralism of Jewish life. Intermarriage is a huge social reality in American Jewish life and people are becoming more and more open to that. But the barrier to understanding and to making these couples more functional with regard to their relationship to Judaism is the fact that most American Jews think that Judaism is religion. If one or more individuals in a couple is not religious the perception is that they’re not Jewish or that Judaism is something that is not important to them. We need to educate people better that Judaism can be a religion for some, but it is a culture and a heritage and a history and an identity for many, if not the majority of the world’s Jews. Therefore it’s something that anyone can learn about, get educated about and embrace.

Judaism can be as much a heritage and a culture as it is a religion and if people learned that, everything would fall into place in a positive way for American Jewish communities. If we could just have better understanding that Judaism is a culture and a heritage, then not only would the community do better to retain people like me who are culturally Jewish but not religiously Jewish, it would also do better at retaining couples who are interfaith. Many interfaith couples could embrace Jewish identity so much more easily if they didn’t have to worry about what it meant in terms of their beliefs. There are so many agnostic people out there who are not interested in davening or having a belief in God marketed to them, but are very happy to embrace the fact that part of their family identity is Jewish.

I grew up with Jewish parents, knowing that my family had been persecuted in Europe for generations, yet having zero interest in Judaism because I thought it was just a religion and I wasn’t religious. It wasn’t till I discovered Humanistic Judaism that I got really excited.