My friend Rabbi Robyn Frisch, director of 18Doors Philadelphia, wrote a wonderful Torah portion column titled “Language Helps to Shape Reality.” She notes that Jews too often use language that is insensitive to people in interfaith relationships, describing intermarriage as a problem, or suggesting people don’t “look Jewish,” or qualifying how they describe their child’s partner (“but they aren’t Jewish”).

Robyn prays that “may we, God’s partners in creation, use our words to shape a reality that is welcoming and inclusive to all those who choose to align themselves with the Jewish community.” I say a hearty “Amen” to that. But since the dust-up about Michael Chabon last month, on the score of shaping an inclusive reality with words, there have been some steps forward, some staying in place, and some steps backward.

In the steps forward column, in “Is non-Jew an insult?” JTA editor Andy Silow-Carrol relates how he scoffed at first when a friend suggested he stop using the terms “non-Jew” and “gentile.” Then he appeared on a panel with Lindsey Silken, InterfaithFamily’s editorial director, who explained that leading with the negative can make the people it is referring to feel excluded and on the outside of the Jewish community. Now Andy is “not scoffing anymore… [I]f it avoids insulting someone, why not refer to individuals as the ‘partner from another faith’ or a ‘person from a different background’?”

In the staying in place column – by which I mean the absence of explicit language about interfaith families – Rabbi Rick Jacobs wrote an interesting opinion piece about the Reform movement’s efforts to create a network of Reform congregations that power millennial communities. He writes that “many previously unconnected young people” are looking for these communities “because they seek a sense of purpose to anchor their lives” in our very uncertain times. He notes that this is a  “deeply questioning generation, one that doesn’t easily join synagogues or institutions in general, … fluid in their identities.” “Traditional forms of institutions don’t necessarily work for them. We need to help them find the place and the freedom to shape their own Judaism.”

This is a very positive development and I hope it grows. I couldn’t help but note that the first millennial whose personal story is described was raised by a Catholic father and a Jewish mother. But it struck me that there was no other explicit reference to any particular effort to attract or provide community for  millennials who are either the children of intermarried parents, or millennials who are in interfaith relationships. I think that was a lost opportunity.

In an interesting juxtaposition, there was also an article about a trend in emerging spiritual communities, who were previously differentiated from synagogues because they didn’t have buildings, to starting to build buildings. Again, I couldn’t help but note that one of the four community founders quoted in the article did mention interfaith couples – she said that there wasn’t a space where Conservative Jews, “Jews by choice, Reform Jews, interfaith couples, where people could come in and be able to really witness and feel a Judaism that was closer to something that they would practice.” But again, there wasn’t a mention in the article of any particular effort or focus on engaging interfaith families in emerging spiritual communities. I think that was a lost opportunity.

In the steps backward column is a statement by Issac Herzog, the new head of the Jewish Agency for Israel, who reportedly said about a trip to the US: “I encountered something that I called an actual plague [magefa]. I saw my friends’ children married or coupled with non-Jewish partners … And we are talking about millions. And then I said there must be a campaign, a solution.”

Referring to interfaith marriage as a “plague” is about as diametrically opposed to using welcoming and inclusive language as one could get. In an interview with Forward editor-in-chief Jane Eisner, Herzog said reactions to his statement “‘distorted the meaning and intention of what I said’… The discourse on interfaith relations is different in Israel, he said. He was using magefa as a slang word: ‘I didn’t mean it in any negative terms.’”

After noting that Herzog was educated in the U.S., Eisner says she is “willing to give him the benefit of the doubt here — as long as he takes this early stumble as a warning sign that many American Jews are becoming increasingly unwilling to let anyone, from Israel or their own communal organizations, tell them what to think and how to behave and who to love.” In contrast, Israeli blogger and writer Jonathan Ofir, writing on Mondoweiss, says:

Ladies and gentlemen, let me tell you, I know the inside and outside of the Hebrew language and its colloquial usage. You understood it fully in English. It means exactly what you think it means. It is of purely negative connotation. For Herzog to suggest that he “didn’t mean it in any negative terms” is just an insult to the intelligence.

Americans, for the most part, love us. They love us so much that it’s perfectly okay to marry us — which accounts for growing rates of intermarriage and assimilation, and therefore a very mixed blessing.

Overall, I have to say that I think the steps backward and the staying in place outweigh the steps forward on inclusivity – wouldn’t you agree? In the end, the language people use when they talk about interfaith marriage reflects their underlying attitudes about the issue. Andy Silow-Carroll’s piece starts out by saying that the term “non-Jew” is useful “[u]nless you want to pretend there are no distinctions between people who identify as Jews and people who identify as something else — and making such distinctions strikes me as about 85 percent of the entire Jewish enterprise, starting at Sinai.” The main point of my forthcoming book is that in order to engage interfaith families, we need to treat partners from different faith backgrounds as equal to Jews. If we really adopted radically inclusive attitudes, language choices would be very clear. But we have a long way to go to get to that point.

Finally, my friend Rabbi Brian Field, in his take on the Chabon debate, suggests that a good place to start in determining those attitudes is the Torah: 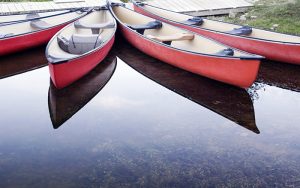 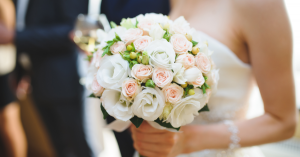 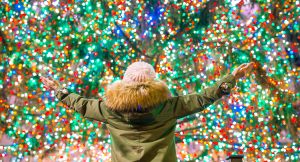 I’m a Rabbi and I Love Christmastime, Too