Is it Time to Leave Our Orthodox Neighborhood? 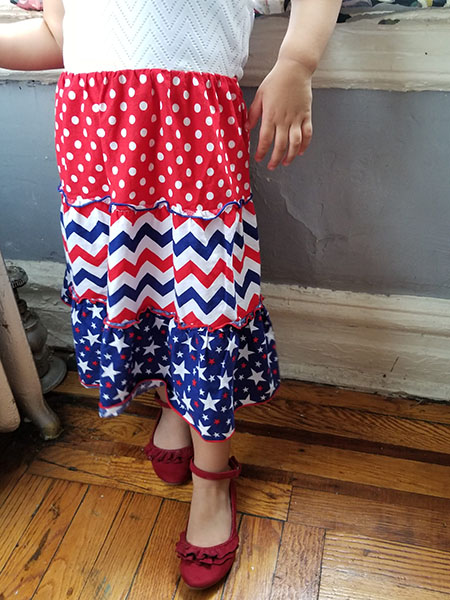 My neighborhood of Midwood, Brooklyn, is changing and so is my family. It’s not just that new stores have popped up on the avenue. It isn’t the new apartments being built down the road. It is not even the six new synagogues within three blocks of each other. But it is a newfound sense of exclusion.

Has my childhood neighborhood changed, or have I just outgrown it?

I live only a few short blocks away from the street where I grew up and yet walking down the street I feel like a stranger. I don’t know any of the new neighbors, I don’t know who owns the bakeries and when I walk down the street with Adrian and our two daughters, Helen and Alma, people stare as if they cannot comprehend a Jewish girl from Brooklyn and a Catholic man from Mexico having two children and raising them in two religions. And that’s the thing about my neighborhood—everyone knows everything about everyone.

And so for the first time, I think about moving.

But then I get to work, and I have a bagel on the beach. I go to the beach to meditate in the morning. It is right outside my office door. I usually bring a bagel and a black iced coffee. That’s where I talk to my God, Hashem (God in Hebrew). I’m not sure what it is I’m feeling. At home there is an equilibrium. My family and I live in a small one-bedroom apartment. My mother lives five minutes away. At 2-and-a-half years old Helen knows how to count in Spanish and English and this week we started learning the Hebrew alphabet. Yet, soon it will be time to send Helen to a school and I am not sure what kind of an education I want to give her. This is what I ask God.

Where is the Brooklyn of my childhood? On my block when I was a kid, everyone knew each other. The neighborhood was Orthodox but it also had diversity within the Jewish community. Some Jews on my block wore traditional Jewish garb: yarmulkes, the women wore long skirts, the girls wore uniforms. But, there were Jews like my family too. The Schwartz’s wore jeans, the Cohen’s didn’t go to synagogue. My family went to synagogue only on High Holy Days. But, when someone died, when someone got married, when someone became a bar mitzvah, when someone had a baby, the neighborhood knew. We celebrated together, like a community that had different ways of approaching religion but the same belief in faith. If I fell and scraped my knee halfway up the block, someone’s mother would run out with a Band-Aid from the nearest house.

Both of my daughters had an interfaith baby naming at the synagogue next to our house and the only attendants were the family I had invited. None of my Jewish neighbors congratulated me, because no one cared. No one Jewish knew my children. Perhaps the times we are living in have changed. People, in general, are afraid to be friendly, afraid of our differences. So when I ask God for help, I am asking what’s next? What step do I take? What direction do I move in, especially now that I have a family? The question now has become, “What is best for us” as opposed to “What is best for me?”

On my way home from work I walk past the seven Jewish bakeries, the kosher butcher, the Russian-Jewish pharmacy. I pass a woman wearing a wig and a long skirt, her six children trailing behind her. I pass an older Jewish gentleman, his beard long, his eyes weary from Torah study. I pass these same people over and over again. I look for something different. When a hard rain starts to fall I cover myself under the awning of a synagogue. When the rain stops I keep walking. The sun comes out. I step aside to let another Jewish mother pass. As her family rushes off for the evening ritual of dinner, playtime, bath time, family time, I look down at the sidewalk. In between my feet is a shiny purple letter. It’s a Hebrew letter. I recognize it right away. It is the letter “lamed.” It makes an L sound, like “love” or “leave” or “longing.” 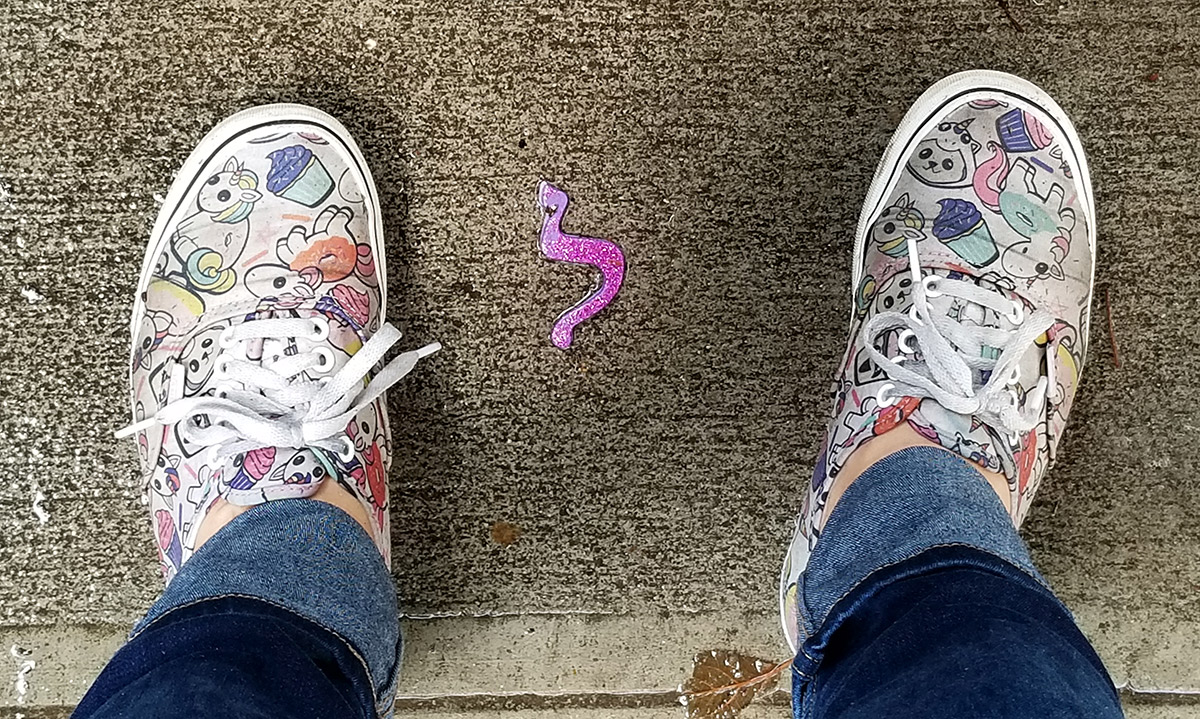 The lamed is an important letter because it is the tallest letter in the Hebrew alphabet. It is known by great rabbis as a letter that towers over other letters. This is symbolic because it is a letter full of wisdom and awakening. The lamed reaches higher spiritual heights than other Hebrew letters. In ancient versions of Hebrew it was sometimes drawn as a shepherd’s staff, a rod that guided or pushed a flock. It is a sign of moving forward, going toward something. It is also the 12th letter of the Hebrew alphabet. Twelve, the age I was when my father died, when I sang the Jewish prayer of mourning for the first time, when I suffered. And so the lamed represents a freedom from suffering, a higher knowledge.

My family is comprised of many languages, many histories and, many previous lives. If I am to teach my children anything, it is to teach them what the lamed tells us: That sometimes, we must be an example of great change—an action, a movement, a split decision to intertwine two faiths and make them something singular. I have outgrown my neighborhood not because I am less Jewish, but because I am more aware. And when I see a lamed between my feet after the sun comes out, I take it as a sign of glory.

Motherhood: Am I Doing it Right? 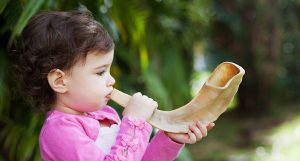