When I Panicked and a Stranger Stepped in to Help

It’s a Monday morning in the Midwood section of Brooklyn and my almost 2-year-old daughter and I have a date with my friend and her 10-month-old daughter to go to a read-along at the Brooklyn Public Library. We get downstairs with the stroller, enough snacks to feed a small army and a water bottle. Not to mention diapers, wipes, A & D ointment, cell phone, wallet and keys. Oh, and Duckie, the stuffed animal that is covered in one thin layer of gross because it is trudged across New York by my daughter on every trip we take. Even when I wash Duckie, his yellow is a kind of city yellow—so, basically he’s gray. 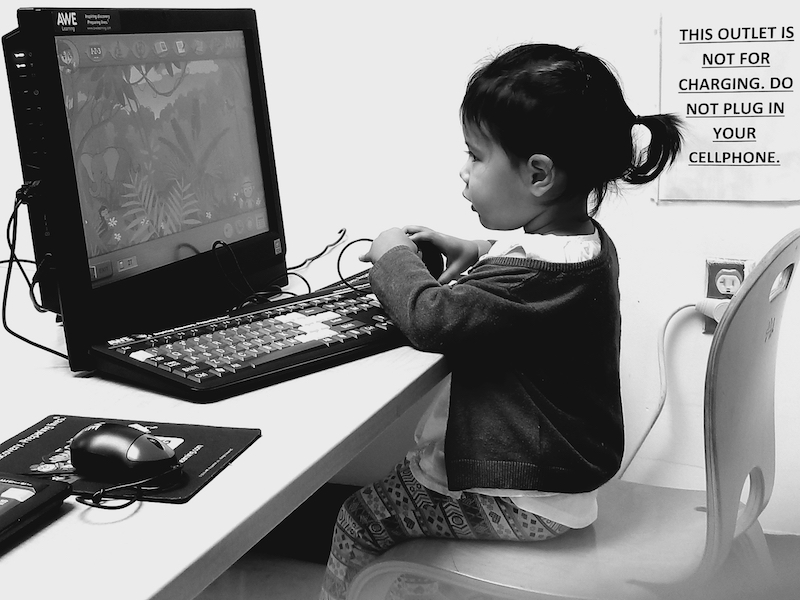 The super of my building sees me trying to get Helen into the stroller. “You gonna take an umbrella?” he asks, “It’s supposed to rain like crazy.”

The library is a ten-minute walk from my apartment and it hasn’t started raining yet. The umbrella is the one item I’ve forgotten. “No,” I say, “I’m not afraid of a little rain.”

Almost eight blocks from my house, the sky opens. The rain comes down in sheets as if the sky had been holding its breath and someone just reminded it to let go. I am so soaked and Helen (though covered by the stroller top and a blanket) is getting her legs and feet soaked as well. I almost panic.

Midwood is a predominantly Jewish neighborhood. I grew up here and now I live here with my interfaith family. It’s hard to live in an Orthodox Jewish neighborhood and try to make people understand that my daughter is both Jewish and Mexican Catholic. In Jewish circles I find myself getting defensive. In Catholic circles I don’t know how to explain my own take on Judaism. And when strangers hear me speak Spanish and then shout something in Hebrew three seconds later, I am met with baffled looks.

But Midwood means something else too. It means a ton of Honda Odyssey minivans. Once, from my mother’s house to our apartment three blocks away, I counted 11 parked Odyssey minivans. This is because the Jews, like the Mexicans, have big families and the Honda Odyssey seats eight. But, as a driver in New York, I hate being behind an Odyssey. I’m constantly making cracks about them. I can always see the TV turned on in the back seat of an Odyssey. So many Odyssey minivan drivers drive too slow in them because of all the kids they have in the car. But, it’s my own personal obnoxious joke that I can’t stand the Honda Odyssey.

With that being said, as I’m in a small panic halfway from home and halfway from the library with the rain still pelting down, I see a blue Honda Odyssey turn the corner. A young woman in a traditional wig rolls down her window. “Excuse me!” She shouts from her Odyssey, “Do you need a ride? I have three car seats in the car.” I am wearing jeans (a clear sign I am not an Orthodox Jew, though I am a Jew, but she doesn’t know this) and a shirt that has become so obviously see-through.

“Are you sure?” I ask, hesitating as water drips down my face.

“Yes!” she says as she leaps out of her Odyssey with a purple umbrella decorated with dogs wearing tutus. She holds the umbrella over our heads as I get Helen out of the stroller. She then holds my daughter and puts her in the car seat. Helen starts to cry a little, but the woman is so gentle and I tell her not to be afraid. I throw the stroller in the trunk and get into the front seat. As soon as the woman closes the “dogs in tutu” umbrella she says, “I’ve never picked up a stranger before! I just couldn’t believe you were out here. I just dropped my kids off at camp and saw you. Where are you going?”

I tell her that we are on the way to the library and I find out that she lives on that same block. She points to her house (which is directly across the street from one of my relatives’ apartment building) and on the porch are three mini beach chairs for each of her children. I thank her profusely and as I get Helen out of the car seat, the woman climbs into the trunk of her Odyssey and pulls a pink and white blanket from the back that says, “baby.”

“Please take this,” she says, “I have six blankets in this car and the library is freezing.”

This is when I take the opportunity to let her know in Hebrew that I am a Jew. I’m not sure why I do this. The entire ride, when I spoke to Helen, I spoke in Spanish. It was obvious to the woman that we were a different kind of family than the families usually seen walking through Midwood. But, religion, class or status didn’t matter to this woman. So I said, “todah rabah” (thank you, in Hebrew). “You did a real mitzvah” (good deed).

But, to my surprise the woman wasn’t shocked. Her mouth didn’t drop open and she didn’t shout, “Oh my God you’re Jewish!?!” And that was a good lesson for me because her picking me up had nothing to do with my two faiths. She picked me up because she saw I needed help. She saw I was in a panic and she saw that, like herself, I am a mother. And being a mother has nothing to do with being a Jew or a Catholic and it has everything to do with being a Jew and a Catholic. Because two faiths, interfaith or one faith is about respect for the fellow man. And in a world that seems more chaotic every day, it’s nice to know that as Anne Frank once wrote at the age of 13, “In spite of everything I still believe that people are really good at heart.” Maybe I’ll stop being so judgmental about the Odyssey.

Motherhood: Am I Doing it Right?

Why My Jewish Kids Love Their Advent Calendars

Why Can’t We Have a Christmas Tree?