How Marranos, Conversos, and Crypto Jews Celebrate Passover in Italy

When the long arm of Chief Inquisitor Tomas Torquemada reached into southern Italy in the 16th century, humiliating, torturing, and killing the thousands of the Jews who had already fled similar persecutions in Spain, finding any Jews in Sicily or Calabria would have been nothing short of a miracle. But throughout our history, Jews have experienced many miracles. For eight consecutive years now, the miracle of Passover, complete with traditions that emanate from a secret Jewish past, once again grace the seder tables of Calabria and Sicily. 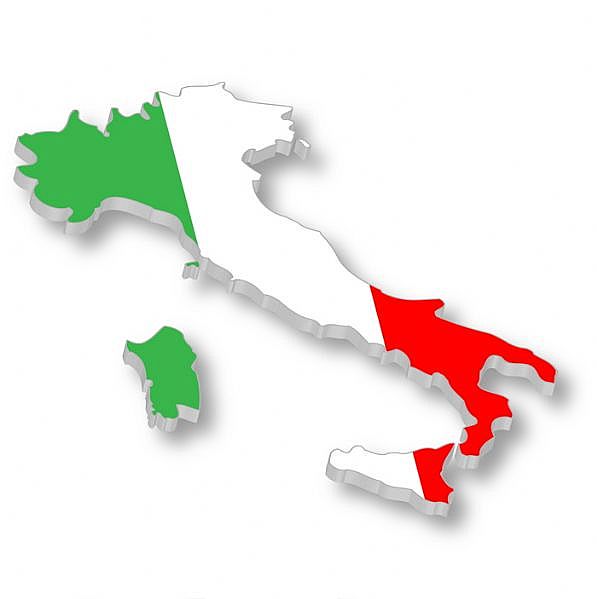 The first Italian B’nei Anousim (Jews who were forced into Christian conversion during the Inquisition) Passover seder gatherings were held in Calabria and Sicily. In Calabria, the tiny village of Serrastretta welcomed me, Italy’s first woman rabbi, an Italian-American whose family lived in the village as secret Jews. The second seder, in Sicily, was hosted by anousim in the small village of Piano Battaglia. In both venues, tables were set with traditional seder plates, along with the haggadah or “libretto,” the small book that tells the story of the Jews’ Exodus from Egypt, and, of course, baskets of “pane azimo,” the unleavened matzah bread eaten during the festival.

For many of these Italian families whose Jewish heritage has been hidden for centuries, the seder and its symbols were vague memories. For others whose families had kept the Jewish flame alive, there were oohs and aahs as tradition unfolded right before their eyes.

At the Passover table in southern Italian towns, a highlight is the customary presentation of the seder plate. As the guests stand behind their chairs, the large plate makes its grand entrance. Carried by an honored elder, usually the woman of the house, the plate is covered with netting and brought ceremoniously to the head of the table where it is uncovered with a flourish. Then the leader directs guests to their own individual seder plates, all of which hold the symbolic foods that make the ancient story come alive.

Italian seder traditions include additions that often surprise Jews from Eastern European Ashkenazi cultural groups As the seder begins, a plate of matzah is passed shoulder to shoulder around the table as the leader sings “Ha Lachma Anya.” The chant, along with the passing of the matzah, serves as a graphic reminder of the heavy burden of slavery and how freedom requires us to extend the hand of welcome to all those in need.

As the leader explains the meaning of the symbolic foods, each guest refers to the miniature seder plate created for each participant. While the large seder plate boasts the large lamb shank bone, these individual seder plates feature the “bietola,” which is either a blood red beet or the red stem of a root vegetable similar to Swiss chard, included to symbolize the lamb’s blood on the doorposts that saved the firstborn in Hebrew families.

Romaine lettuce (more bitter than the American variety) replaces horseradish and pieces of celery stalk, rather than parsley, serve as karpas, or greens, which are dipped in vinegar, rather than salt water. The traditional egg on the Italian seder plate is a rich brown in color, because it has been roasted for hours with onion skins, vinegar, and saffron.

Gefilte fish? This familiar American seder staple is not found on the Italian anousim menu. When the seder meal is served, Italians begin the feast with a “primo piatto” a first plate of rice steamed with vegetables, because, in the Sephardic tradition, rice as well as other legumes (a category of food known as kitniyot in Hebrew) are considered kosher for Passover. Another first course is “gnocchi castagne” the typical gnocchi pasta, sometimes made with potato starch, but more often made with the chestnut flour that is a local staple in the Calabria mountains. Roasted lamb is a must for a main dish, along with a small square of a layered lasagna-type meat and matzah pie called “mina.”

Passover almond cake and tiny cups of Italian espresso bring the seder to a close, but not before the guests belt out a rousing chorus of Yigdal, a song that recalls the Sephardic hero and sage, Maimonides (also known as Rambam). The traditional melody not only recounts the Rambam’s Thirteen Principles of Faith, but creates an important link between southern Italians and their crypto-Jewish faith, nearly lost but now recovered in the “toe” of the Italian “boot.”