How to Pray with Two Faiths

Our family has had a hard few weeks. Every day we open the news to a different headline about hatred and anger. Sometimes it feels as if the whole world has gone bonkers. To top it off, my significant other, Adrian, recently received a phone call from Mexico informing him that his mother is ill. Her diabetes has taken a turn for the worse, and her doctor told her she could no longer eat tortillas, a staple food in Mexico. Adrian came home from work one night and put his head in his hands, defeated. “I think my father feels very alone,” he said.

The next day I found out that my mother’s favorite cousin died from complications from Alzheimer’s disease. He had been living in a care facility where his wife would go three times a day to bring him food, company, laughter and a lot of love. My mother came home from work one day and put her head in her hands, defeated. “I think Tommy’s death has finally hit me,” she said. 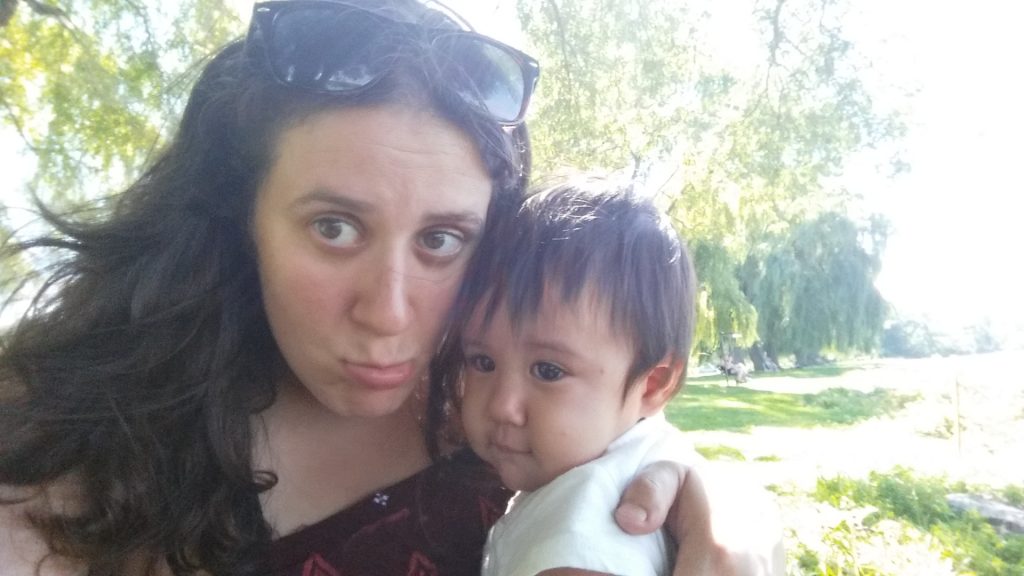 My almost 1-year-old daughter, Helen, does not understand death and sickness yet. She has just begun learning how to live, how to crawl, how to hold onto something and pull herself up, how to grab onto the coffee table and take one step at a time.

With Rosh Hashanah right around the corner, we leave the house daily with lists of ingredients to buy for honey cake. I want her first Jewish New Year to be a joyous one full of hope. But there is some despair in our home right now.

Adrian checks his phone for messages about his mother. He calls Mexico. He meets with his brothers to discuss how much money they need to send back to Mexico for his mother to see a good doctor.

I sit in my mother’s kitchen trying to scrawl out a letter to Tommy’s wife, searching for words to explain my sympathy.

I want to pray. It is important to me that my daughter learns to pray, and because we are an interfaith family, it is important that both Adrian and I teach her how we both pray, especially because we pray so differently. But Adrian does not feel like praying lately. His statue of The Virgin of Guadalupe rests dusty on the bureau. I take this as an opportunity to learn that sometimes we as human beings don’t have the will to pray. Sometimes praying means admitting something is wrong, and Adrian doesn’t want there to be anything seriously wrong with his mother.

In Judaism it seems there is a prayer for everything. There is a prayer for death, life, sadness, forgiveness, women, men and children. There are prayers before going to bed, before eating lunch, after eating lunch and a prayer upon waking up in the morning. Adrian has different prayers, and because I didn’t grow up Catholic like him, I don’t know many of them. I assume they are similar to Jewish prayers, but I can’t be sure.

I’ve been trying to teach Helen a few Jewish prayers. Because Adrian has been feeling so down, I looked up a prayer that Helen and I could recite for him and his mother. After coming across prayers similar to those in Judaism, I found a prayer to Guadalupe that begins, “Our Lady of Guadalupe, mystical rose….” I liked that because Helen’s middle name is Rose. I sat down on the floor with Helen and began to recite the prayer, even though it’s not a Jewish prayer. Then we added a Hebrew prayer for cousin Tommy. 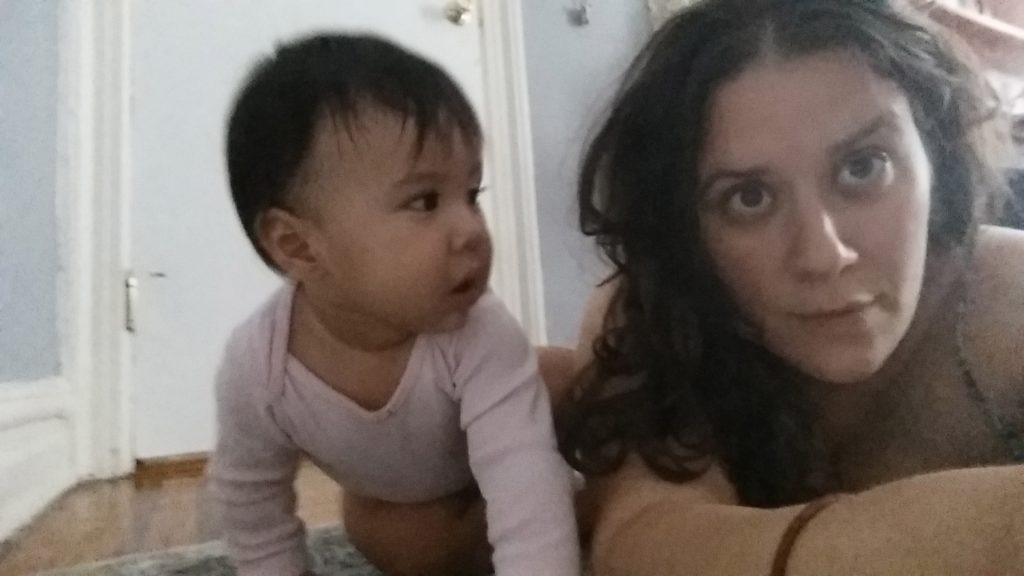 “This is for Papi,” I said to Helen, “and for Abuela (Grandma) to get better. And we will say one for cousin Tommy’s family too.”

Helen was silent; I’m not sure she understood, but comprehension will come later. For now it’s important for me to keep up with my own traditions, as well as Adrian’s, even when he can’t. I’m sure he would do the same for me.

Sometimes Adrian and I don’t understand each other’s faiths. For him, Judaism has a lot of rules and complex meanings to these rules. For me, as a Jew, I don’t bow down to idols. But I can enter into a realm of understanding and ask his saints to care for him just as I can ask Hashem, my God, at the same time to care for him.

Our goal as an interfaith family is to bring just that: faith. How do people survive bombings, terror, heartache and grief? We survive by faith. Helen has two faiths. She will learn, and is learning, two faiths. At times these two faiths can be difficult to maneuver, but their deep messages are the same: Have compassion. Be a good person. Help others. Do good work in the world. And our two faiths teach us that when our significant other comes home defeated, we can be the strength they need to keep going. Our two faiths teach us to watch our child and learn from her as well. She teaches us how to live, how to crawl, how to hold onto something so we can pull ourselves up and how to hold onto a coffee table, a chair, a bench, something, anything, so that we can take our steps slowly and one at a time until we are able to walk.