How to Be Inclusive 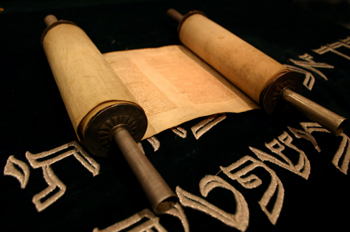 A few weeks ago, my son was reading Torah at a Saturday evening service. It is a very small service of 15-20 people and a nice opportunity for him to read without a large audience and to practice reading before his Bar Mitzvah next year. My in-laws who live a few towns over decided to attend. They were excited for him. The Rabbi saw them and asked if they wanted to have the aliyah for my son’s torah reading. They both said no.

At first I thought they were uncomfortable because they were taking an honor from someone else. So I looked at them and said, “There is no one here, go ahead.” They said no thanks again. I was perplexed. They are both Jewish and have participated in synagogue life elsewhere. They are completely comfortable in a synagogue and knew most of the people in the room.

An Aliyah is an honor within the Torah service. It allows the honoree(s) to stand beside the Torah reader (their grandson) and witness his reading. I also always think it is fascinating to be up close and personal with the Torah. (I always am amazed that this beautiful scroll is in every synagogue in the world and created by hand. When you factor in the longevity of the text…it is really cool.) I thought my in-laws would be thrilled to be up there with their oldest grandson and to watch him read from the Torah. Wouldn’t they want this honor?

Then I remembered my days in high school choir when we were in churches singing our hearts out. Sometimes there would be communion after we sang. Being raised in a strict Jewish household, I would refuse to participate even though I was the only one from the choir that wouldn’t go up to the altar. I had a friend who was also Jewish but she did go up for communion. We spoke of it once and she said she didn’t feel comfortable sitting on the pew when everyone else was kneeling or taking communion. I always remember this conversation and that one person’s comfort is another person’s discomfort.

Now, as I often think about welcoming a person of a different faith inside a Jewish institution, I have to remember: Sometimes people want to participate, and sometimes they want to opt out. Either way, we should do all in our power to make them feel comfortable whatever their preference.

I have been thinking about my in-laws since…we only do what we are comfortable doing. We all have different experiences and influences. Certainly no one should be forced to do something when they are uncomfortable. Religion is obviously a very personal decision and experience. My in-laws were not mentally prepared for an aliyah and this isn’t a synagogue where they are members. I get it—it wasn’t right for them. Still, I know they were very proud of their grandson and his ability and intent to carry on the traditions.

While many synagogues are re-evaluating the role of the family members from various religions during various ceremonies, we must realize that not every person who isn’t Jewish will WANT to participate. Some people think that their synagogue doesn’t need to offer options because, “Why would a person who isn’t Jewish want to participate?”  My response is: Let each individual decide what their comfort level is. We all have to remember that welcoming means offering options for inclusion. And, by simply offering the option for participation, the community sends the message of welcoming.