How Jewish Do I Need to Be…If I’m Not Actually Jewish? 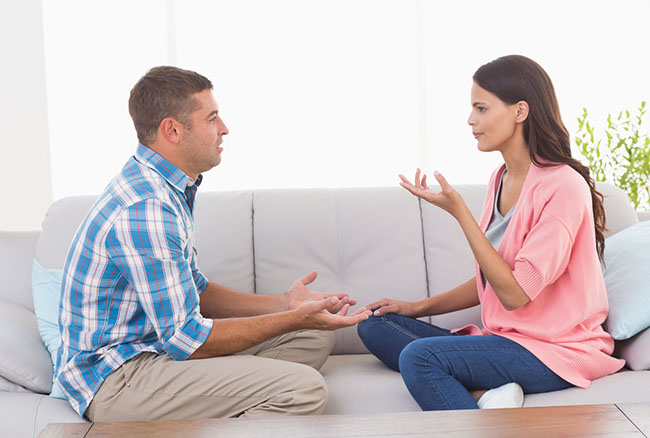 I met Jeremy and Lisa at a coffee shop to plan their upcoming wedding. We had covered most of the usual pre-ceremony topics: communication, values and balancing work and home life. Lisa had a strong Jewish sense of self from her upbringing and was excited that Jeremy, who didn’t follow any particular religious tradition, was more than happy to go along for the ride. Jeremy expressed genuine interest in learning more about Lisa’s traditions.

As we were putting the final touches on the ceremony, he asked an honest and important question: “Do I need to break the glass at our wedding?” Many couples I work with both break a glass or fight over who gets to do it. Performing Jewish rituals with Lisa felt fine to Jeremy, but doing it alone seemed to be making a statement that this tradition was his. The idea of the ritual itself was not the issue, but what it represented.

Jeremy wanted to make sure Lisa understood that he would be a supportive partner in any way he could, but that didn’t mean he would become Jewish by default without actually choosing it. What, exactly, would his role be in raising Jewish children? How far would he need to go to feel he had satisfied what was expected of him? If he were to go to services or host a Shabbat dinner, would it be enough to be present, or would he be expected to pray using Hebrew words? His concern was encapsulated by one grand symbolic gesture of breaking a glass, but the broader concern he was raising was whether he would be required to pretend he is someone he is not. It was a fair question.

Although breaking the glass is the quintessential symbol of a Jewish wedding, it is, in fact, a folk custom. One does not need to close a ceremony with this ritual for the union to be considered Jewish, and they aren’t the only couple I have married to skip this tradition altogether at their Jewish wedding. Indeed, my hope is that couples from different backgrounds will be drawn to the beauty and meaning in such traditions and take part in them because they bring deep value to their ceremony and to their lives.

In voicing his question, Jeremy highlighted how important it is for couples to hear what is emerging for each partner. Partners who aren’t Jewish often report feeling a de facto assumption that they will live a Jewish life going beyond just supporting their family members. We are getting better at welcoming people as “fellow travelers” who do not wish to convert, but we still expect a lot of them.

Partners in interfaith relationships need clarity around their roles. A common phrase in contemporary ketubahs is that each partner pledges to support the other’s traditions. But what does “support” entail? There is no single answer, but the question needs to be asked. Jeremy had the courage and confidence in his relationship to consider the future and what might be asked of him. He didn’t want surprises later and he didn’t want his partner to feel blindsided or disappointed at some future pivotal moment.

If you are in an interfaith relationship and getting married soon, this is the perfect time to ask yourselves some of the hard questions. Learning how to have conversations like this lays the groundwork for other challenges that will come your way. Be honest and clear about what you envision, and be as detailed as you can be about your hopes and plans. For example, if you are Jewish and say you will support your partner’s desire to celebrate Christmas, talk about what that will look like, what will be expected of you and what kinds of traditions are important to your partner. If you are not Jewish and you’re happy to support Jewish holiday traditions or children’s education, talk about what exactly will be asked of you. How would a child be welcomed into the world, if at all? Would you see a religious education in that child’s future? Shabbat dinners? Will you hold each other responsible to ensure certain traditions are present in your lives? In the event of a breakup, would you expect the other to support these decisions?

To speak with one of our Rabbi Directors, contact network@18doors-mly-1029-staging.mystagingwebsite.com or find your community here.