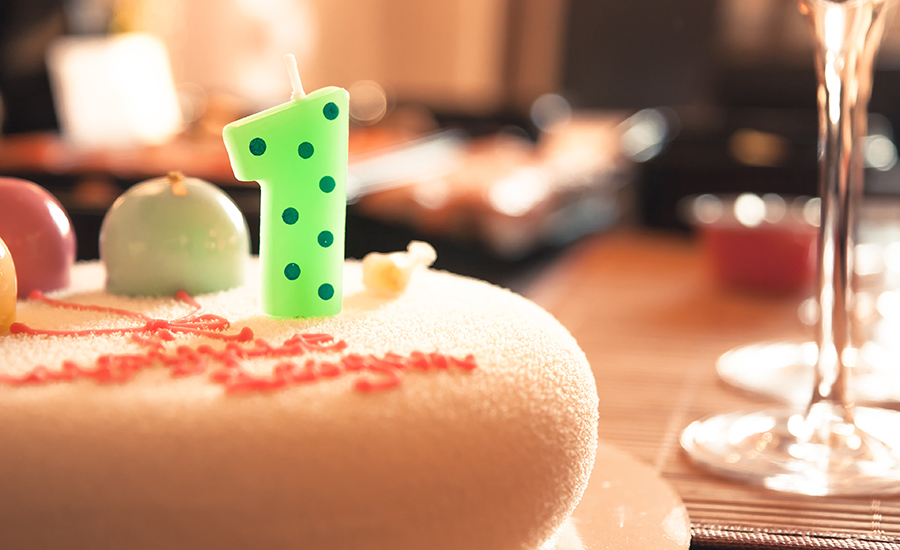 We were already an interfaith family when my husband and I decided to adopt a baby girl from Korea. I was Jewish and he was not Jewish. We had agreed in just one heartfelt conversation to raise our children as Jews. Having successfully worked out those details, we were confident that we could incorporate another culture into our family. We eagerly accepted the challenge of integrating various aspects of Korean culture into our lives so that, as much as would be possible for a couple of white Americans, we could raise our daughter with some understanding of all of the elements of her American-Jewish-Korean identity.

This blend of cultures figured prominently in our plan for a huge celebratory weekend for our daughter’s first birthday. We invited friends and family from hundreds of miles away. On Friday, Emmie* would receive her Hebrew name. That ceremony would be followed the next day by a Korean dol, or first-birthday party. I couldn’t wait to mark the real beginning of our multicultural family with this blend of customs and traditions.

The “Weekend of Emmie” began at our small synagogue on Friday night. Friends and family joined us in the cozy, slightly frayed sanctuary to witness our ascent to the bimah (a platform at the front of the sanctuary similar to an altar), where Emmie was to receive her Hebrew name. Our daughter, whose angelic behavior long past her bedtime seemed a miracle in itself, began to squirm, but then she mysteriously became transfixed when the rabbi opened the sacred Ark that held the Torah, the scrolls containing the first five books of the Old Testament. The tradition of welcoming a baby girl with a formal naming ceremony has only recently become popular in some Jewish communities, but as I listened to the rabbi’s words in English and Hebrew, I felt an unexpected yet inextricable link between a Jewish history that stretched back millennia and myself, my Korean daughter, her Jewish-born brother and her father who was not Jewish. At the oneg, or reception following services, our friends and the congregants took turns, between bites of braided challah and sugary pastries, wishing us mazel tov—congratulations.

Having made it through the previous night’s celebration with outstanding behavior from our two young children, I was worried that Saturday’s party would not yield more of the same. 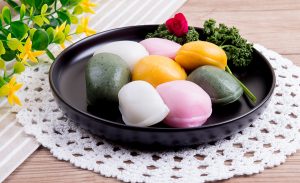 Nevertheless, we bravely decked out both of our children in their stiff, brightly colored hanboks (traditional Korean clothes), and headed to the Korean restaurant located surprisingly close to our smallish New Hampshire community. Emmie nearly swam in the bright red-and-white dress, jacket and headpiece given to us for this occasion by her foster mother, who had cared for Emmie in her first months of life before we brought her home from Korea. Jack* also looked somewhat lost in a navy-and-gold boy’s hanbok, whose pants kept threatening to slide off of his slim, 4-year-old figure.

Once at the restaurant, 70 family members and friends joined us in commemorating what is a major milestone in Korean culture—although conditions have improved vastly today, many Korean babies historically never survived their first year. We feasted on a variety of Korean foods we have come to know and savor: bulgogi, a slightly sweet beef dish; the spicy pickled cabbage known as kimchi that is daily fare for many Koreans; a traditional rainbow rice cake and other delicacies. Our guests then watched as a bewildered Emmie sat before a large, fruit-laden table and performed the doljabee, the Korean ceremony where the 1-year-old honoree selects from a variety of objects placed before her on the table. The object she chooses is supposed to tell the child’s future. We’re not really sure what the future holds for Emmie because even with the assistance of the restaurant’s Korean proprietor, our unfamiliarity with the ceremony led us to encourage Emmie to grab multiple objects. She may be bound for learning, wealth, or just confusion.

When the guests had finally left, the last of the leftover pastries and rice cake had been consumed, and the weekend ended, I reviewed events in my mind. And I realized that something truly joyous had happened. Yes, Emmie’s weekend fulfilled my goal to honor all the aspects of Emmie’s heritage. My daughter, who now had three names—one Korean, one English and one Hebrew—had worn the clothes of her ancestors, been welcomed into Judaism in the new tradition of our—now her—people and smeared frosting from her birthday cake across her face. But what impressed me most about the weekend was that ultimately, it had not been about our being a multicultural family or about my daughter’s belonging to different faiths and traditions. What the weekend had really been about was celebrating a child’s first birthday with a community of family and friends. People who matter to us—Jews, Christians, individuals of diverse ethnicities—welcomed our daughter to our extended family. Emmie may have three names, but she, like any child, is a single, unique person who we hope will grow up to be a joy to everyone around her.

And those are common themes in every culture.

*Note: I have changed my children’s first names for the purpose of this article in order to protect their privacy. 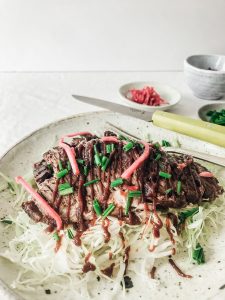 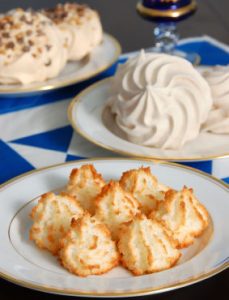 Ignore the Shrimp on the Buffet